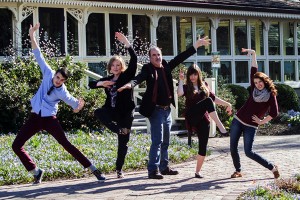 Robby (the blogger formerly known as robbymac) is a veteran pastor, missionary, musician, and author. Robby and Wendy celebrated 30 years of marriage in 2015 and have three awesome (adult) children.

Robby’s passion for healthy churches and sound theology is reflected in the books he has written: Detoxing from Church, Post-Charismatic 2.0, and The Genesis Cafe: Conversations on the Kingdom. He has been blogging since 2003 at www.robbymcalpine.com.

Robby and his family live in British Columbia, Canada, and love nothing better than good times with good friends over good coffee. Feel free to browse through his featured posts here at ThinkTheology!