The Longer Ending of Mark: What’s a Disciple to do with that? (Follow Me – Part 77) 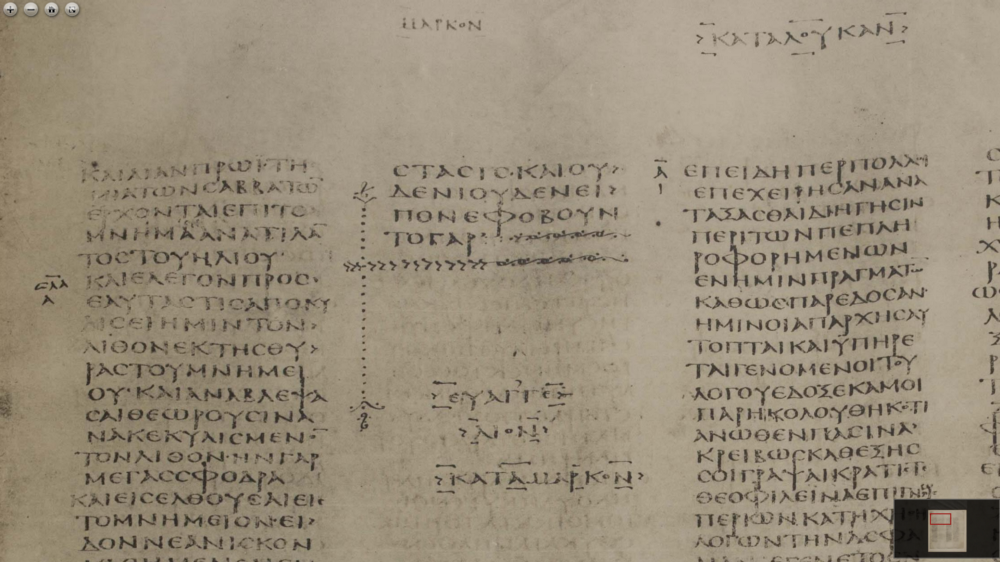 Last time we looked at John Mark’s original ending of his gospel (Mark 16:1-8), with his account of the empty tomb. But now, herein lies the rub! The modern/post-modern scholarly consensus is nearly unanimous in it’s assertion that verses 9-20 did not come from Mark’s pen – they are a later insertion. Most current translations even include an explanatory textual note to that effect. The NIV puts it this way:

“[The earliest manuscripts and some other ancient witnesses do not have verses 9–20.]”

It is not my intention to go into a long diatribe here on textual criticism and overwhelm you with a highly technical explanation of why you must accept the current scholarly consensus (you can read all about that here). To be sure, Mark’s original ending can feel unsatisfying, especially to us as modern/postmodern readers and/or long-time, good, church attending folk who’ve perhaps never spent much time considering the question we are examining here today. There are no post-resurrection appearances of Jesus, “no great commission, and no ascension report” (Geddert, BCBC) – how awkward is that – especially if you’ve read the endings of the other 3 gospels! But the bottom line is that the verses of Mark 16:9-20 were added, probably by a well-meaning scribe (who struggled with similar feelings that the original ending seemed “incomplete”) in the 3rd or 4th century. They do not appear in the best early manuscripts (Codex Sinaiticus & Codex Vaticanus), and even many of the early church father’s (Eusebuis & Jerome – note also that Clement of Alexandria and Origen exhibit no knowledge of the existence of v. 9-20) do not recognize them, as coming from John Mark (again, following Geddert).

So what then is a disciple to do with this information? Let’s look at the options (following Geddert):

1. We can ignore it! Under the assumption that “it’s not from Mark’s pen, and therefore it’s not canonical!” [Remember: one of the criteria for admission to the canon of the New Testament was that the book in question had to be written by an Apostle or someone closely associated with an Apostle]. While it is important to interpret verses 1-8 as the original ending of Mark (as we did last time), and this is perhaps the “go to” response from a hard-line Protestant perspective, it may not be our best option.

2. We can speculate as to Mark’s intended unfinished or lost ending. There is another view that Mark either, a) intended to finish his story (after v. 8) but, for whatever reason, never got at around to it, or, b) the final page of the Codex was damaged and fell off (that would explain the abrupt and strange ending of his final sentence with the Greek conjunction gar) and is now presumably lost to us forever (see R.T. France, NIGTC). But to base our “exegesis” on the absence of a text that we don’t have any record of is obviously problematic.

3. We can let the Church finish Mark’s story. After all, verses 9-20 were received by the Church and carried on through the majority of manuscripts for centuries! For Protestants, we might not read it the same as we would inspired scripture (proper), but it is still as valuable (if nothing else, as history) in the same way we might read the Apocryphal writings. For our Roman Catholic brothers and sisters, it might be a little easier to read this as scripture, received from church tradition. It is also worth noting here that there is almost nothing in v. 9-20 that hasn’t been “lifted” from one of the other gospels (the scribes in question have essentially cobbled together a “suitable” ending for Mark by borrowing from Mathew, Luke, and John). While it might skew our interpretation of v. 1-8, there is very little new “un-biblical” data here (with the exception of Mark 16:18 – but hey, a little snake-handling never hurt anybody – right?) that would lead us into heresy. If you decide to go this route, R. Alan Cole (TNTC) provides some helpful commentary on these verses.

4. We can consider other endings. The so called shorter ending of Mark (“And all that had been commanded them they told briefly to those around Peter. And afterward Jesus himself sent out through them, from east to west, the sacred and imperishable proclamation of eternal salvation.” – NRSV] appears both instead of the longer ending as well as, in addition to it in the manuscript (variants) evidence.

5. We can respond to the invitation of Mark’s original ending and continue the story. “Jesus’ resurrection marks… the beginning of that time period when Jesus’ followers engage in “mission in the context of persecution” (13:9-13). It is the time to watch and wait, discern and serve (chap. 13), until some unknown future time, when the Son of Man’s appearance signals the arrival of the End (13:24-27)” (Geddert, p. 401 – Kindle edition). Which leads nicely into our final option…

6. We can continue the loop back to Mark 1:1 (“the beginning of the gospel of Jesus Christ” – ESV) as the disciples are invited back to Galilee (Mark 16:7) to follow Jesus again where it all began! Re-reading it not in a circular fashion, but as a spiral:

“Each time we follow Jesus into the Galilee of another reading, we have been changed by the power of the cross and the hope of the resurrection mediated by the text we have just read.” – Tim Geddert

It is not my intention to try to sway you too heavily into any one of the options above with regard to how you should approach this final text in our series on discipleship in the good news According to Mark. If nothing else though, option 6 does invite us to consider again, anew, afresh the question: What does it mean for us to live as a follower of Jesus today?

Will you join me, there on the sea of Galilee, with Peter and Andrew, and James and John (Mark 1:16-20)? And just perhaps, we too will catch the gaze of Jesus, looking into our eyes, and hear Him say:

Thanks for joining me on this journey! May Jesus, through the work of the Holy Spirit, continue to reveal more and more of Himself to you in an ongoing way, drawing you into a deeper and deeper “spiral” of knowing Him, and proclaiming & enacting the Kingdom of God “as you go” through the “ordinary” of your everyday lives. What an adventure…

With much love & gratitude,
Brad