I Am the Resistance 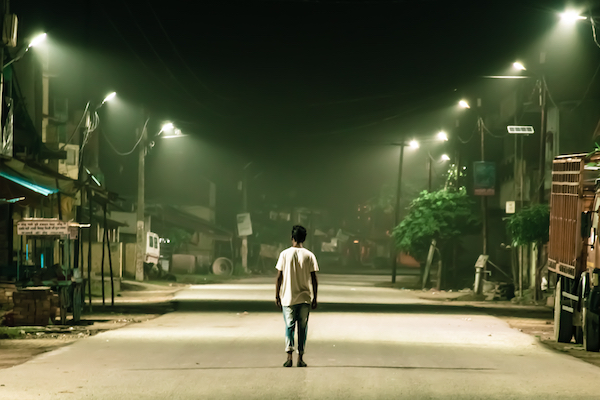 We all know what George Orwell said in his famous dystopian novel 1984:

“In times of universal deceit, telling the truth is a revolutionary act.”

The glistening irony of this quote is that Orwell neither said it nor wrote it.

People tend to balk at hearing this. The quote is a great insight, all on its own, but learning that it’s not an “Orwell Original” can make people grumpy.

Theology can often be an inconvenient truth, as well. Perhaps I should be more specific:

Theology rooted in biblical orthodoxy can often be an inconvenient truth.

Technically, anyone who opens their mouth and offers an opinion on God is speaking theologically. In that sense, everyone’s a theologian.

If so, the real question becomes, as Luke Geraty points out, “Are we doing theology well? Does our theology help us know God better and serve to encourage our work for the Kingdom?”

In our troll-infested age of social media, biblically-rooted theology has been caricatured, mis-represented, and pilloried. Whether it’s the hyper-charismatic crew or the “progressive” camp, the last thing they want is for people to base their theology in an historic, orthodox understanding of the Bible.

And some Christians, raised in rigid fundamentalism, often struggle to separate their faith in Jesus from an unbiblical and legalistic cultural expression. Their “black-and-white” worldview seems incapable of nuance, and they often feel they have only two options: double-down or reject the faith (a classic—and tragic—false dichotomy).

This is nothing new, really. The Old Testament is filled with stories of God’s chosen people abandoning their faith to follow other gods. Church history is a record of the human tendency to capitulate to political and cultural pressure. The erosion of faith is one of the reasons it’s often been said that ‘God has no grandchildren.’

That doesn’t mean despair or a morbid fatalism is the new normal. The Bible also makes repeated mention of a “remnant” who stayed faithful even when it seemed like everyone else around them didn’t. For example: God’s words to a discouraged Elijah, or Jesus offering similar words of encouragement/warning to the seven churches of Revelation.

Some Catholic theologians suggest that the church in the 21st century is called to be “the signs of contradiction” to cultural attempts to change the Message.

I like the way Paul put it when encouraging his young protégé, Timothy:

“For the time will come when people will not put up with sound doctrine. Instead, to suit their own desires, they will gather around them a great number of teachers to say what their itching ears want to hear. They will turn their ears away from the truth and turn aside to myths. But you, keep your head in all situations, endure hardship, do the work of an evangelist, discharge all the duties of your ministry (2 Timothy 4:3-5).”

That sounds a lot like a theological version of “speaking truth to power,” doesn’t it? It’s a New Testament echo of Joshua’s words to the ancient Israelites: “If serving the Lord seems undesirable to you, then choose for yourselves this day whom you will serve. . . But as for me and my house, we will serve the Lord (Joshua 24:14-15).”

Or, as Martin Luther said during his trial, “I am bound by the Scriptures I have quoted and my conscience is captive to the Word of God. . . Here I stand, I can do no other.”

“In times of universal deceit, telling the truth is a revolutionary act.”

It doesn’t matter who said it first. I stand with the Remnant.

I am the Resistance.