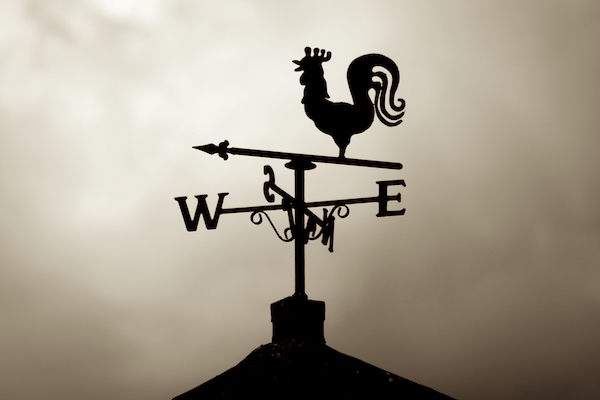 “Then we will no longer be infants, tossed back and forth by the waves, and blown here and there by every wind of teaching and by the cunning and craftiness of people in their deceitful scheming.” (Ephesians 4:13-14)

The desert sun beats down upon the Traveller, its glare blistering and merciless. He pauses for a moment, shielding his eyes with one hand as he scans the horizon. The dry, searing wind raises another dust cloud. Somewhere—untold miles ahead—his destination lies waiting.

A frugal sip of tepid water from his half-filled canteen soothes his parched throat, at least for now. He must conserve his supply—hasty gulps would be his undoing in the wilderness.

He reaches inside his tunic to find the ancient map. The tanned leather is as soft as silk from years of use, handed down from his father and his father’s father. The intricate chirography has faded over time, and he squints at the faint markings, coaxing their reluctant hues to divulge his route.

The Traveller’s concentration is broken by the unexpected sound of a voice behind him. Startled, he clutches the map to his chest as he pivots to face the newcomer.

“Need some company?” The smile on the newcomer’s face is broad, his desert-roughened voice hoarse but clear. He glances at the map in the Traveler’s grip, intrigued. “Where’d you get the map?”

The Traveler recovers from his surprise, smiling at his unexpected companion. “Company’s always welcome. Are you heading for the Oasis, too?”

The other nods enthusiastically, and the Traveler remembers the leather map crumpled in his fist. He relaxes his grip and holds it out for the other to see. “Oh, and I’ve had this map for years. It’s a family heirloom, handed down from generation to generation.”

The smile fades from his newfound companion’s face, replaced by an expression of good-natured skepticism. “You’re still using the same map as your grandparents? No disrespect—but isn’t that just a little . . . old-fashioned?”

The Traveler laughs as he smooths the weathered fabric. “Well, to be honest, the markings are pretty faded. It’s not always easy to interpret. But it’s worth the effort—the map’s a reliable guide.”

His companion takes a deep breath, searching for the right words. He’s concerned but doesn’t wish to offend. “No, what I meant was—there’s many ways of getting to the Oasis. Hanging on to out-dated maps can be a little . . . confining, wouldn’t you say? It’s a new day, and maybe it’s time for new maps.”

The Traveler smiles, his dry lips feeling stretched. “This map’s never let anyone in my family down. I may not be able to understand every detail with perfect clarity, but it’ll guide me to the Oasis.”

“Well, to each his own.” The newcomer shrugs, and then his eyes light up as he catches sight of something over the Traveler’s shoulder. “Excuse me—but I think my ride’s arrived.”

He steps past the Traveler as an enormous tumbleweed bears down on them. The Traveler tightens his grip on the map as he scrambles out of its path. His companion inexplicably throws himself into the tumbleweed’s thorny embrace, and is carried off.

“New maps for a new generation . . .” his cheery voice fades quickly as the tumbleweed rolls on its way.

The Traveler watches him disappear from view, perplexed. He glances down at the faded map, studying the time-worn markings and comparing them to the hazy mountains in the distance. Satisfied, he resumes his trek across the desert sands.

Not long after, he sights a cluster of cacti ahead, their spiny arms held stiffly aloft. A single flower adorns the tallest plant, and the Traveler spots a young woman sitting cross-legged in its shade, shielded from both scorching sun and arid wind.

“Another pilgrim, bound for the Oasis.” The girl salutes him with an upraised canteen before taking a rejuvenating swig. She grins as she screws the lid back into place. “Which route are you taking, friend?”

The Traveler pauses in the shadow of the tallest cactus, mirroring her action with his own canteen. His moistened lips don’t feel as cracked as he returns her smile. “The same route I’ve been on since childhood.”

He shows her the map. The young woman runs a finger gingerly along its soft surface. Her eyes widen.

“I used to have one just like this,” she enthuses, handing the map back to the Traveler. “But I traded it in. I’ve heard that if you don’t change maps every so often, you run the risk of becoming too rigid. I make a point of trading for a different map every three years or so.”

The Traveler looks perplexed as he glances from the woman’s sincere face to the map in his hands. “A different map every three years? How do you know if they’ll lead you to the Oasis or not?”

She gets to her feet as another swarm of tumbleweeds approaches, smiling easily. “It’s the journey, not the destination, that counts.”

She leaps into the nearest tumbleweed, giving the Traveler a friendly wave as she departs.

Alarmed, he quickly consults his map and then races after her, waving his arms. “Don’t go that way—you’re heading straight into Dry Gulch! There’s nothing there but rattlesnakes and scorpions!”

“That’s just your interpretation.” Her voice wanes as the tumbleweeds reel on.

The Traveler slows to a halt. His examines the map again, and his heart sinks. The dry wind tousles his hair as he stares after the rolling tumbleweeds. They plunge over the edge of the precipice and disappear from sight.

The Traveler stands motionless, arms hanging loosely at his sides, feeling helpless. He looks over his shoulder at the cactus, as if hoping the spiny succulent could explain or offer comfort.

He takes another sip from his canteen, and turns to face the distance mountains. He wipes his mouth on his sleeve, squinting at the map’s faded markings. Tucking it into his tunic, he resumes his dogged trek.