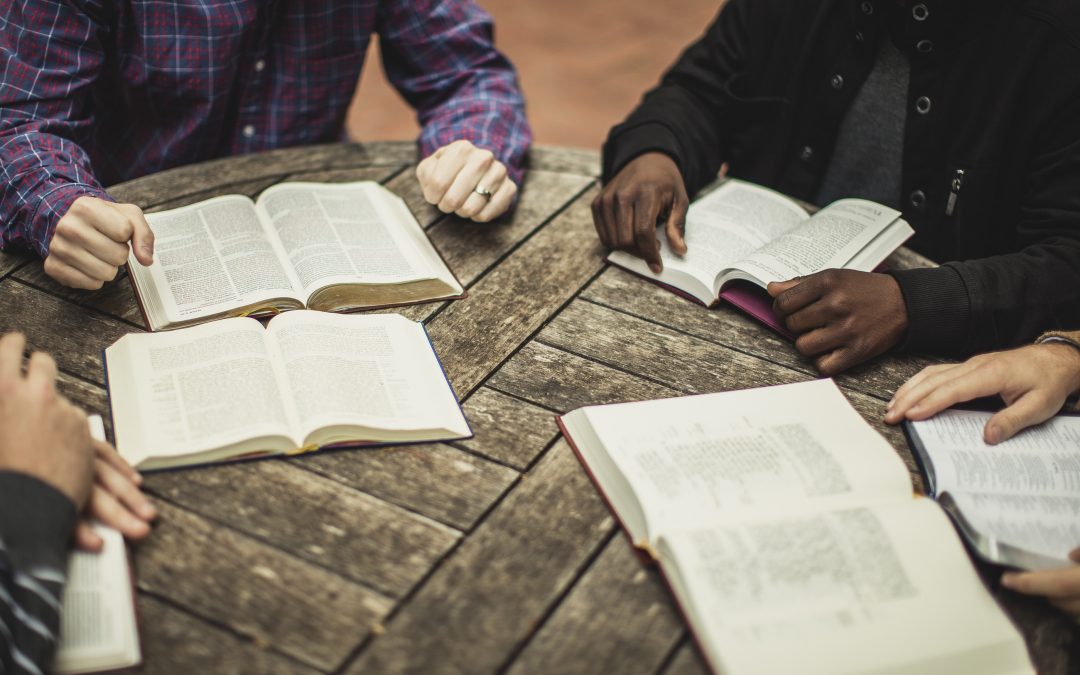 This post is the result of some reflection I have been doing on insights I have gained from Abbot Jeremy Driscoll in his podcast on Theology at the Eucharistic Table. What follows is a mixture of some of his words and ideas, and some of my own. Since the thoughts are mingled together I won’t try too hard here to separate them. Again, these are reflections on what I am hearing as I listen and learn.

The big idea here is that people do theology, and people come to theological discussions and to the theological process as who they are. This can, to the intense irritation of some, muddy the water if we think of doing theology as purely objective analysis. But if we find that the water is muddy, we actually have another tool for doing theology. Muddy water tells us that people really are involved. This is important! Now we have a chance to get to know a bit more about the people with whom we are doing theology, and the people doing theology have a chance to get to know themselves better too as they learn to think about and articulate their concerns. If we are able to locate the people themselves within the framework of our theological disagreement, we may find a way forward. Think about it…

Many theological disagreements are not actually rooted in theology itself. If we could dig down under the disagreements we might find that the disagreement is actually rooted in the tendencies, drives, or preoccupations of the people having the disagreement. Theology is sometimes the tool with which we elevate our own tendencies, drives, and preoccupations, and so it can seem to others that our concern is centrally theological when in reality, if we are honest with ourselves, we may be using theology as the lever with which we move our own concerns to the center. In this way, theology can become for us a kind of legitimizing container in which we carry our own concerns. This is not, in itself, an evil. But it is important to recognize the starting place from which we are venturing forward.

Honest theological methodology, then, will always contain some element of explanation regarding our own concerns, tendencies, and preoccupations. We will need to dig down and get honest about why we care about the topic to the degree that we feel we must speak on it or defend our own (or someone else’s) position. “I care about the truth” will not be enough because that will also be the case with our theological dialogue partners from their own perspective.

We must also add to this discussion of tendencies, concerns, and preoccupations the reality of theological specializations which may tend toward different starting places, and which may (when left to themselves) lead to different conclusions. Here, Abbot Jeremy reflects on the insights of Canadian Jesuit priest, philosopher, and theologian, Bernard Lonergan. In his book Method in Theology, Lonergan highlights the reality, importance, and implications of theological specializations. For instance, some specialize in biblical languages, some in dogmatics, some in systematics, some in Biblical theology, some in Old and/or New Testament, some in Christology, some in Ecclesiology, some in sacramental theology, and so forth. Others engage in theological study from within a particular societal or even academic concern (i.e. Feminism, Social Justice, Sexuality, Cosmogeny, Morality, etc. etc.). Thus, from Lonergan’s point of view, to say “I study theology” makes as much sense as saying “I study science.” Within the broad field of scientific study there are varying fields of inquiry (from astrophysics to zoology). Longergan says that when a specialist forgets that he or she is a specialist (which is easy to do), it will be difficult for him or her to curb the subconscious tendency toward what he calls “one-sided totalitarian ambitions.” That is, the specialist will tend to communicate as though his or her expertise in a particular theological discipline makes him or her an authority on all theological disciplines. The cure for this is, among other things, interdisciplinary theological dialogue between those within a variety of specializations, and the humble willingness to at least consider that one’s theological specialization, helpful as it is, does not always naturally see as much as can be seen with more sets of eyes from a variety of vantage-points. As Longergan notes,

“Each specialization has its proper excellence. None can stand without the other… But the [one] with the blind spot is fond of concluding that his specialty is to be pursued because of its excellence and the [others] are to be derided because by themselves they are insufficient. From such one-sidedness theology has suffered gravely from the Middle Ages to the present day. Only a well-reasoned total view can guard against its continuance in the present and it recurrence in the future.” [1]

This is all so helpful to me as I remind myself that people do theology. When people do theology alone (or only within their own specialization) they may miss big things that are right in front of them, but hidden to their eyes. But when people do theology together things can get complicated, irritating, and muddy. Though the water may get muddy, that muddy water itself can become the impetus for a bold willingness to keep working and thinking and engaging with other people who are doing theology. In the end, I may still conclude that a person’s conclusions are unhelpful and even stupid. But I may also be willing to conclude that, perhaps, the person with the unhelpful and stupid conclusion is actually me.