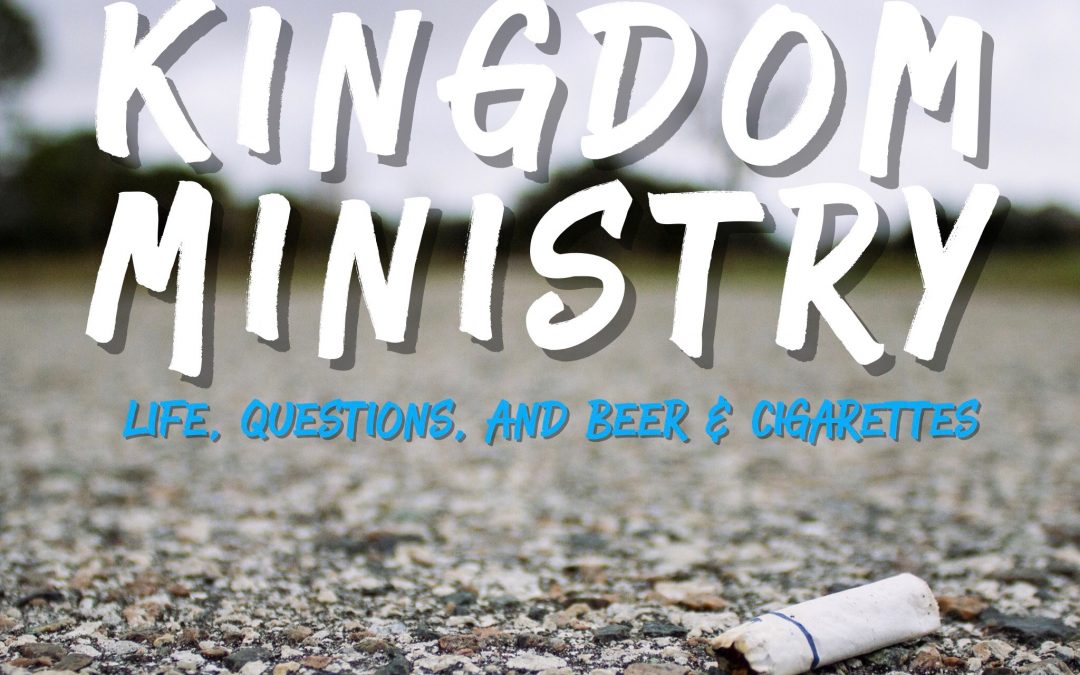 Over the years I’ve been approached by a few people who wanted to either use the gifts they believed they had or be trained and equipped to minister through speaking (e.g., preaching, teaching, training, etc.). In simple terms, they wanted opportunities to speak from the stage during larger worship gatherings. These people really believed that they had something to offer the church (and they probably did) and they wanted to “use their gifts.” Some of these people even guaranteed the effectiveness of ministry!

But I basically told each of them this: “Ummmmm, no thanks.”

Besides being really turned off by anyone who can guarantee certain aspects of their “ministry,” something else caused me to put things on hold. Each of these people said something like the following:

“I’m not interested in meeting with people who have questions about what I talk about.”

“Don’t count on me attending that event because there will be people there who drink beer and smoke cigarettes.”

These three responses, in my opinion, disqualify people from serving in influential leadership roles because they undermine the model of holistic ministry that Jesus demonstrated.

People don’t seem to understand that it’s in the context of relationships and spending time together that one’s influence grows. If you really want to be effective in ministry situations, you need to spend time with people. You need to eat dinner with them. You need to go bowling with them. You need to do the things that you assume aren’t spiritual because they actually are. Spiritual things happen around the table (cf. John 12:1-8 occurs around a dinner table).

So while you sit at home being all “holy” and “spiritual,” isolated from engaging human beings, effective missional disciples spend time with people just like Jesus did.

If you believe you are “called” to speak to churches, please be humble enough to realize that your ideas in your sermons may provoke questions… and that’s a good thing. Yeah, people might disagree with you and want you to explain more about why you believe what you said or why you gave the advice that you did, but it’s actually a continuation of the ministry opportunity!

I’ve found that some of the most helpful “ministry” in relation to my preaching has been at a coffee shop! And I’ve come to find that most of the time that people only want to preach from a platform and aren’t willing to answer questions is because they primarily want to vent… which is totally unhelpful. Sure, they might call it “prophetic,” but the underlying arrogance (and ignorance) really damages any credibility you have.

I get it. You are convinced that drinking a beer is a bad witness. I totally disagree (and have blogged about that here), but it really doesn’t matter. You don’t need to drink beer to be around people who do. Jesus had no problem hanging out with sinners, right? In fact, he hung out with them so much that their bad reputations rubbed off on his reputation and people actually thought that Jesus was a drunk:

“The Son of Man, on the other hand, feasts and drinks, and you say, ‘He’s a glutton and a drunkard, and a friend of tax collectors and other sinners!'” (Luke 7:34 NLT)

I’ve found time and time again that people actually are disarmed by my willingness to spend time with them in their space (i.e., not the church building). I’ve found that I have opportunities to speak into their life because they know that I’m not hiding behind a sense of self-righteousness or legalism.

Don’t get me wrong. I’m not suggesting everyone needs to drink beer or start smoking cigarettes to be “relevant.” I’m saying that you should be okay with being around people who do. You can’t influence them for the kingdom if you aren’t in their lives and they in yours!