A Savior Is born 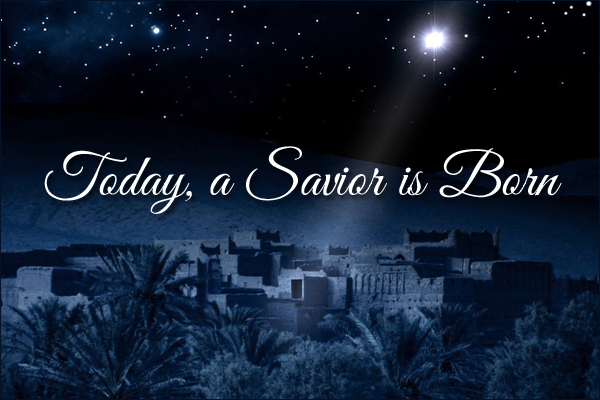 But the angel said to them, “Do not be afraid. I bring you good news that will cause great joy for all the people. Today in the town of David a Savior has been born to you; he is the Messiah, the Lord…”
Suddenly a great company of the heavenly host appeared with the angel, praising God and saying, “Glory to God in the highest heaven, and on earth peace to those on whom his favor rests.” (Luke 2)

Now, if this was the classic scene from “A Charlie Brown Christmas”, the next line come from Linus VanPelt, blanket in hand: “That’s what Christmas is all about, Charlie Brown.”

A Savior is born.

In order for the birth of a Savior to be “good news that will bring great joy”, there must have been a felt need to be saved from something. For example, the helpless swimmer caught in the rushing water leading to Niagara Falls understands his/her need for a “savior” in ways most of us can only imagine.

The Israelites believed the promised Messiah would save them — from the occupying army of Romans. The Sadducees, who had largely adopted a civil religion approach to their faith, would have felt the same. A savior would be political, to deal with their enemies.

The Pharisees, confident in their own righteousness based on their scrupulous observance of rules & regulations, would also have assumed that a Savior would save them from external enemies.

And that would have been good news, politically speaking, to a people oppressed by a foreign government.

But Jesus, the Savior and promised Messiah, had another Kingdom in mind, and his earliest message was simply, “repent.” He left little doubt in the minds of his hearers that He considered the real enemy of His Kingdom to be sin, a problem that only He could deal with.

Both Sadducees and Pharisees were deeply offended by the idea that they needed saving. Their pride blinded them from seeing their own sin, while the average Israelite — often more aware of their spiritual condition — seemed more receptive and willing to respond.

And the various writers of the epistles echoed the same theme, over and over: Jesus came as Savior to save people from their own sinfulness. They were powerless to fix the problem; they needed outside help.

Just like helpless swimmers nearing the brink of Niagara, they needed a Savior.

Fast forward to the tail end of 2016, and nothing in human nature has changed. We are still a collection of human beings with a sin problem, expressed in various and sundry ways across many countries and cultures, but just as real today as it was in Jesus’ time.

We are still powerless to fix our sin-sickness, and all ‘religious’ attempts at hiding the symptoms under fig leaves of denial does us no good whatsoever.

We (still) need a Savior.

And that’s why we celebrate the birth of Jesus. That’s why, even two millennia later, the story of His birth is good news that brings great joy.

Unto us, a Savior is born.

That’s what Christmas is all about, Charlie Brown.

A true faith in Jesus Christ will not suffer us to be idle. No, it is an active, lively, restless principle; it fills the heart, so that it cannot be easy till it is doing something for Jesus Christ.