Evangelical in Theology, Charismatic in Practice 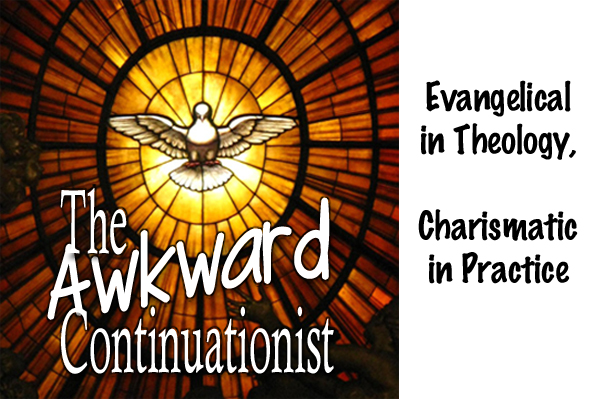 In any group of people — spending a lot of time together, growing in community and working alongside each other — tidbits of jargon appear.

Jargon isn’t a bad thing, if you take the time to explain what you mean. At its best, jargon serves as a sort of “verbal short-hand”, where complex ideas can be quickly communicated without having to go into all the details each and every time.

For example, Canadians know instantly what the term “double-double” means (two cream, two sugar in the coffee, please and thank you). It’s jargon, but it’s almost universally understood in this country. It only becomes a problem if you use the phrase outside of Canada and expect people will know what you’re talking about.

A well-known phrase (among many) within the Vineyard is: “evangelical in theology, charismatic in practice”. It has often been explained as, “the best of both worlds: the solid preaching of the evangelicals and the open-ness to the Spirit of the charismatics”.

Of course, even though we use the phrase as a compliment to both groups, it sometimes backfires. Evangelicals have reacted, “What do you mean? Are you insinuating we don’t have the Spirit?”

And pentecostals/charismatics have wondered, “What are you saying? That we have lousy preaching and theology?”

The phrase got me thinking about the “radical middle” between evangelical and charismatic, and specifically, what I really appreciate about my evangelical roots. On one hand, it’s pretty basic. But on the other, I keep meeting Christians who are just now discovering (or searching for) the same things. A few examples:

2. There is no condemnation.

I’m always amazed at how many Christians walk around feeling condemned. It’s a problem for every generation, it seems. I’m thankful to have learned that the story of St. Paul’s struggle with sin in Romans 7 is answered immediately in Romans 8.

3. God is not one-dimensional.

God is quite capable of loving us and yet also despising our sin and its effects.
God can be angry at injustice and yet show mercy to the perps.
He is the Holy King, Lord, God Almighty, and Jesus calls us friends.
God is Judge, and God is Father.

These are just a few, but I’m grateful to my evangelical upbringing for teaching them to me.

“Evangelical” has become the favorite scapegoat for just about anyone with a bone to pick or an axe to grind. But I would like to suggest that if some Christians have never learned that there is no condemnation (for example), the problem isn’t evangelicalism. If anything, it might just show that some churches haven’t been evangelical enough.

There’s a thought: what if “evangelical” is supposed to be the radical middle between fundamentalism and liberalism? And if that is the case, whenever we see the fightin’ fundies (mis)identified as evangelicals, is it because we haven’t been evangelical enough?

(Probably a blog post of its own, at another time!)