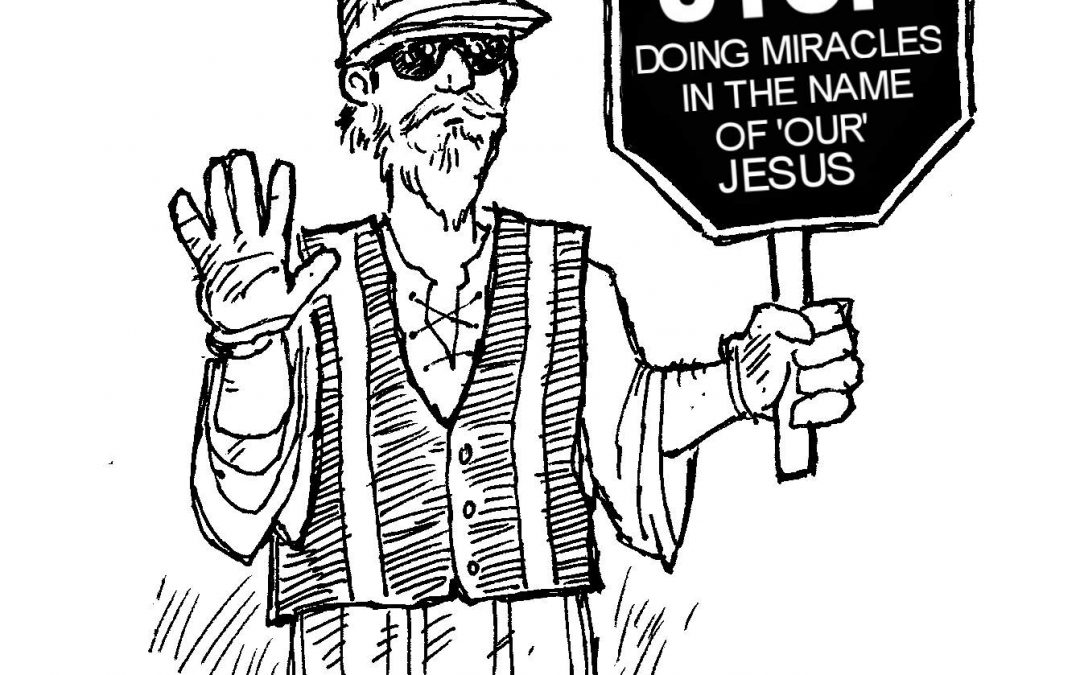 John’s remark seems to come out of nowhere. And IMHO, its not entirely clear if this is tied to the previous discussion about ‘Who is the greatest?’ or if this is an entirely separate pericope, the events of which occur some time later. See William Hendriksen for three possibilities, but the evidence is inconclusive. The disciples (note “we saw…” in v. 38) object to someone outside of their immediate group invoking their Master’s name during an exorcism – another failure of understanding on the part of the twelve.

Jesus does not share their narrow view. For whenever humans are set free from demonic oppression, the work of the kingdom of God has been done. “Do not stop him” Jesus replies (v. 39). Truth be told, it would appear that this anonymous exorcist’s ministry was more effective than the twelve’s recent previous failure in the same type of venture (cf. v. 18). There is a sharp distinction drawn between those who are against us and those who are for us (v. 40). The radical nature of the mission of the kingdom is such that we (Jesus followers) must be welcoming, not exclusive. 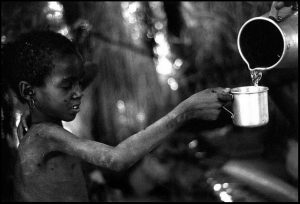 We are His ambassadors, and to offer a refreshing cup of water as relief from the burning heat of the eastern sun, to those who “belong to Christ” (v. 41) is equivalent to offering it to Jesus Himself (as He just explained in v. 37). This act of hospitality and humility in support of the mission is itself a contribution to the work of the Kingdom. Thus the reward offered to all Jesus followers is extended to this servant of God’s mission also.

So where do you see yourself in this story? Are you one of the disapproving disciples – “Hey, he’s not one of us. He can’t do that! Perhaps you are a missionary in receipt of the kindness of a stranger, the faithful giving from a member of a sponsoring church (whom you may never meet), or the hospitality of a brother or sister in Christ. Or you could be the one giving that cup of cold water to a weary passerby not knowing if the parched traveler is indeed a sister on mission or just a lonely soul in need of some compassion? You could be the anonymous exorcist, going about your business of doing your part for the kingdom, but all the while enduring biting criticism from a brother (or brothers) in Christ, for your good works.

Unlike Matthew (18:15), critical editions of the Greek text, or any modern translation, William Lane 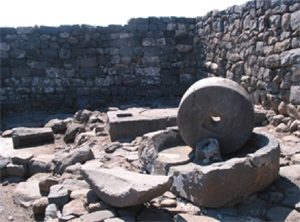 (NICNT) sees v. 42 as a fitting end to this pericope. We disciples who would be so quick to criticize or be jealous of the kingdom works of a brother or sister might be better off to examine ourselves (our heart, attitude) lest we find ourselves at the bottom of the sea with “a great millstone” hung around our neck.