The Transfiguration: the already/not yet of Jesus’ triumph (Follow Me 33) 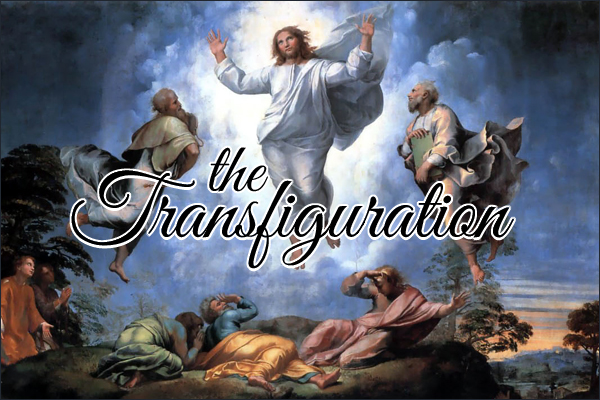 Mark 9:2-13 tells us the story of the Transfiguration of Jesus. It’s a fascinating passage, full of surprises, mistaken assumptions, prophetic triumph, and ominous foreshadowing.

The previous chapter is chock-full with the feeding of the four thousand, the healing of a blind man, Peter’s declaration regarding Jesus’ identity as the Christ (Messiah), and culminating with Jesus’ prediction of His own death in the near future.

Against this backdrop, we begin Mark Chapter 9 with the story of Jesus taking three of His closest friends/disciples — Peter, James and John — to a high mountainside for some private time together.

Six days later Jesus took Peter, James, and John, and led them up a high mountain to be alone. As the men watched, Jesus’ appearance was transformed, and his clothes became dazzling white, far whiter than any earthly bleach could ever make them. Then Elijah and Moses appeared and began talking with Jesus. (Mark 9:2-4)

Judging by the reaction of the three disciples (we’ll get there in a minute), this was not what they had been expecting. Time alone with Jesus on a mountain — not a new thing during their three years together — but it had never been like this before!

This event, coming so quickly on the heels of Peter’s recognition and declaration of Jesus’ Messiahship, even shocked Peter, the one who had just recently (six days earlier, according to Mark) made such a bold, faith-filled declaration. Imagine seeing two of Israel’s greatest heroes — Moses (representing the Law) and Elijah (representing the Prophets) — appearing with a transfigured Jesus, speaking with Him!

(The text doesn’t tell us how they knew the identities of Moses and Elijah, just that they recognized who was talking with Jesus.)

Peter exclaimed, “Rabbi, it’s wonderful for us to be here! Let’s make three shelters as memorials—one for you, one for Moses, and one for Elijah.” He said this because he didn’t really know what else to say, for they were all terrified. Then a cloud overshadowed them, and a voice from the cloud said, “This is my dearly loved Son. Listen to Him.” Suddenly, when they looked around, Moses and Elijah were gone, and they saw only Jesus with them. (Mark 9:5-8)

Peter probably thought — in his excitement and exuberance — that he was suggesting a good idea. Honoring the Law and the Prophets was a staple in the Jewish religion and culture. Peter may have even seen this extraordinary event as a sign that Jesus was the “next big thing”. After all, Moses (Law) and Elijah (Prophets) and Jesus (Messiah) was a potent combination to win over their fellow Israelites — perhaps even finally convince the critics and nay-sayers — to Jesus as the promised Messiah that Israel was waiting for.

Without reading too much into the text, it’s significant that when Peter makes his heat-of-the-moment suggestion, there is no direct rebuke (although Mark points out that he didn’t realize what he was saying). What God the Father says, instead, is “listen to My Son”. And when the cloud cleared, all they saw was Jesus.

All they saw was Jesus.

Jesus, greater than the Law and the Prophets. Jesus, the dearly loved Son of God. Jesus, the One to whom they should listen. This had to have had a profound impact on the disciples. (How could it not?)

As they went back down the mountain, he told them not to tell anyone what they had seen until the Son of Man had risen from the dead. So they kept it to themselves, but they often asked each other what he meant by “rising from the dead.” (Mark 9:9-10)

Again, Jesus returns to the topic of His impending death and resurrection. He speaks of the resurrection with absolute confidence, instructing His disciples to keep quiet about what they’d just seen until afterwards. The disciples obeyed, although as Mark tells us, they “often” asked each other what He meant. You can imagine the three of them having a clandestine discussion among themselves, furtive glances in all directions to ensure none of the other disciples overheard them.

It must have been difficult to reconcile the transfigured Jesus — talking with and yet superior to both Moses (Law) and Elijah (Prophets) — with the disturbing idea of “rising from the dead”, because in order to rise, that meant Jesus would first have to die. Jesus transfigured gave all the indications of triumph.

Death and triumph are not normally mentioned in the same breath.

Then they asked him, “Why do the teachers of religious law insist that Elijah must return before the Messiah comes? Jesus responded, “Elijah is indeed coming first to get everything ready. Yet why do the Scriptures say that the Son of Man must suffer greatly and be treated with utter contempt? But I tell you, Elijah has already come, and they chose to abuse him, just as the Scriptures predicted.” (Mark 9:11-13)

The disciples return to the ongoing problem of the religious leaders refusing to recognize Jesus as the Chosen One, the Messiah. They have just seen Elijah — although Jesus has sworn them to temporary secrecy — and they knew that the religious leaders would use the argument that Jesus couldn’t be the Messiah because Elijah had not appeared as they expected.

Jesus’ response is cryptic, affirming that Elijah had already come to prepare the way, in the ministry of John the Baptist (cf: Matthew 17:11-13 where Jesus explicitly identifies John the Baptist as ‘Elijah’). Jesus’ replay was also a form of dark foreshadowing: the twin comments about Elijah/John the Baptist being “abused”, and the prediction that the Son of Man would also suffer and be held in contempt. John’s abuse had already occurred; Jesus was yet to face His own ordeal.

Jesus was as sure of this, as He was of the His own resurrection from the dead. It was all “just as the Scriptures predicted”. Yet even in His confident prediction, you can almost hear a prequel to the anguish in Gethsemane: “WHY?”

This same Jesus, transfigured before their eyes, superior to both the Law and the Prophets, beloved of God the Father, swore them to secrecy and reminded them that the road to His glory and triumph would lead Him through suffering and contempt.

You can hardly blame the disciples for being just a wee bit confused. The glory they’d just witnessed on the Mount of Transfiguration (the very picture of triumph) was completely at odds with the defeat implied by the notion that Jesus was going to die. It would all make sense eventually, of course. But if any of us had witnessed the Transfiguration, we would have struggled just as much as they.

Perhaps the best take-away from this passage, for us today, would simply be: “This is my beloved Son. Listen to Him.”