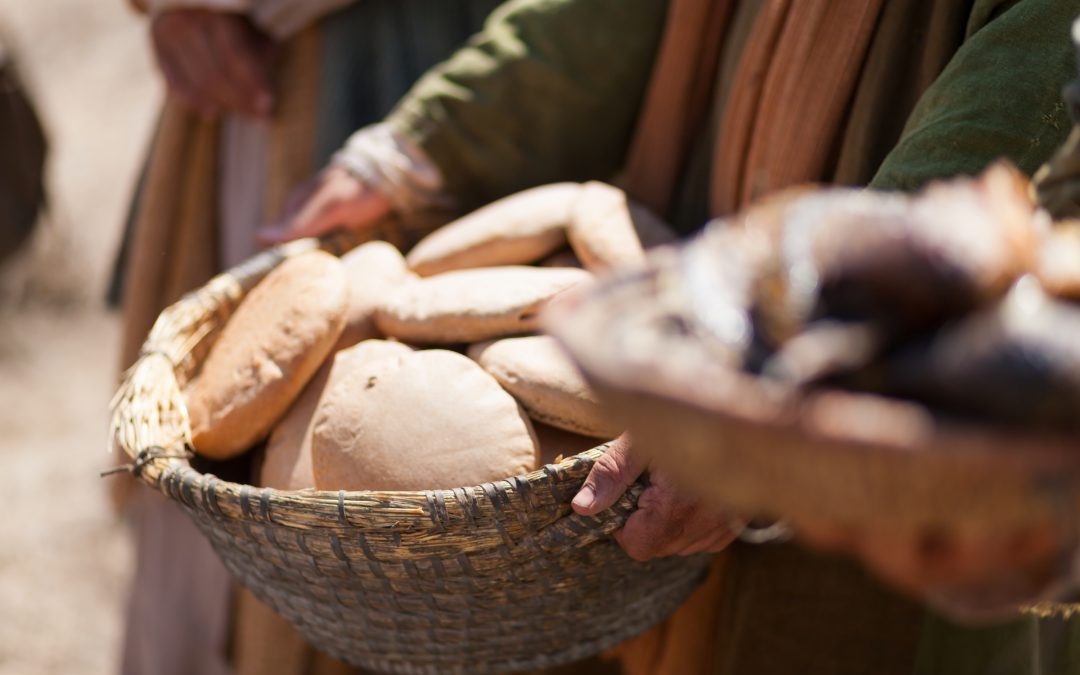 Mark 8:1-10  In those days, when again a great crowd had gathered, and they had nothing to eat, he called his disciples to him and said to them, “I have compassion on the crowd, because they have been with me now three days and have nothing to eat. And if I send them away hungry to their homes, they will faint on the way. And some of them have come from far away.” And his disciples answered him, “How can one feed these people with bread here in this desolate place?” And he asked them, “How many loaves do you have?” They said, “Seven.” And he directed the crowd to sit down on the ground. And he took the seven loaves, and having given thanks, he broke them and gave them to his disciples to set before the people; and they set them before the crowd. And they had a few small fish. And having blessed them, he said that these also should be set before them. And they ate and were satisfied. And they took up the broken pieces left over, seven baskets full. And there were about four thousand people. And he sent them away. And immediately he got into the boat with his disciples and went to the district of Dalmanutha.  (ESV)

The significance of this passage, it would seem, is found in the surrounding context and in parallels between 8:1-30 and 6:31-7:37. For details on these parallels see William Lane (NICNT) or the Expositor’s Bible Commentary (EBC). The passage at hand clearly parallels the feeding of the Five Thousand in 6:31-44. Though the disciples show no sign of remembrance of the previous (similar) event (8:4), Jesus Himself clearly does (8:18-21). The similarities between the two account are clear, but there is also enough difference that this cannot be ignored. Despite the fact that the majority of 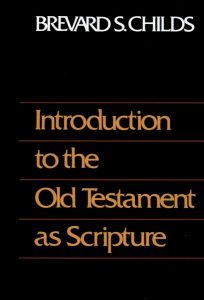 scholars see this as two tellings of the same event, it seems clear that, in Mark’s mind, they are separate events (e.g. “again” v. 1).

“I appeal to canonical criticism!”

*For those who didn’t catch my nerdy Bible geek joke – that was a play on Paul’s statement in Acts 25:11 and my admonition to interpret the text at hand in light of its final canonical form in scripture rather than diverging into endless speculation of form criticism, redaction criticism and source criticism (as much fun as that can be)

Perhaps the disciples forgetfulness is indicative of their general cluelessness as seen thus far and throughout the gospel as to who Jesus is and His mission. Jesus calls people to deeper, spiritual understanding (7:14-18), but the disciples fail to understand the feeding miracle in both cases. This narrative is surrounded on both sides by miracles of healing a deaf man (7:31-36) and a blind man (8:22-26), which prepares us for the opening of the understanding of the “deaf and blind” disciples. Context Is King! [Full Disclosure: I’m following EBC pretty closely here].

A few observations from our text: Apparently Jesus is still on the eastern shore of the sea of Galilee. Jesus had compassion on the crowd (v. 2, cf. 6:34). As in 6:41, Jesus involves the disciples in the miracle (v. 6). ‘Seven baskets full’ were taken up after the crowd had eaten [Note: this detail will come up again when Jesus tries to explain to the disciples their lack of understanding (8:20)]. After this Jesus returned to the western shore of the sea of Galilee.

So what’s Jesus follower to make of all this? Well, let’s not make the same mistake as the disciples (“Do you not yet understand?” – 8:21). Hindsight is twenty-twenty, and we have the benefit of knowing the rest of the story. Jesus is a miraculous healer who has power over demons and power over nature! And we will soon see that He is the Christ (8:29)! The road to Jerusalem is tough, and suffering awaits. Disciples are called to “take up his cross and follow me” (8:34). But there awaits us a glorious resurrection at the end of the road!

Until next time friends, follow the Master… all the way to Jerusalem.

“let us not grow weary of doing good” – Saul of Tarsus (Galatians 6:9)