Can a text of Scripture have multiple meanings? 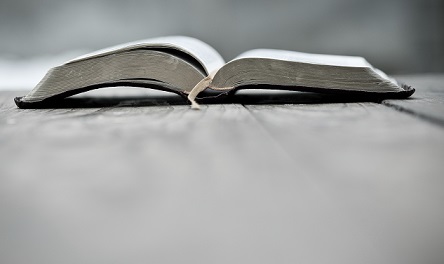 It’s a popular notion to insist that a Scripture can only have one meaning or primary theological idea.

When I studied the book of Revelation in seminary, one of the means by which we worked through the text was to consult dozens of commentaries to see how interpreters drew conclusions about the meaning of the book as a whole, or a text in particular.

As we learned, there are four prevailing views among Christians on just that one biblical book; the preterist view, the futurist view, the historical view, and the idealist/spiritual view. Our professor laid the commentaries out on a table in four large piles according to the view of the text held by the commentator. It was amazing and helpful (and in some cases, comical) to hear the insights shared among those holding such different views of one text.

I remember talking with a fellow pastor about the approach, and his automatic response was — “That’s a mistake. We know that Scripture can have only one meaning, and that will just confuse people.”

The object of the game in this perspective is to find the single meaning of the text, and then teach it as the true (and only possible) meaning. This idea was developed as a response to the mistake of allegorizing the Bible. But it is itself a flawed hermeneutical conclusion.

This past week while reading the late Kenneth E. Bailey‘s great book, Jacob and the Prodigal, Bailey offers the following critique and helpful illustration of the error of concluding that a text of Scripture contains only one meaning or theological idea by using John 3:16 as an example.

As a verse in Scripture, John 3:16 has a unity that is composed of parts. The verse speaks of the love of God, the person of Christ, the needy world, faith, self-giving, perishing and eternal life. What would happen if the interpreter insisted that John 3:16 contained only one theological idea? Trying to apply such a principle to John 3:16, it would be necessary to select one of the above meanings and pretend that the others were not there… Should all the items on the above list be scratched off save one? How then would we chose the winners? (pp. 52-53)

The text contains lots of meaning, lots of ideas, lots of theology, and lots of room for discussion and expansion upon each of the ideas that it contains.

Bailey’s question is a good one. If a text has only one meaning or one primary theological idea, then we’ll have to pick the winner and cross out the losers and insist that the verse only be used to discuss the single big idea that we have decided it contains. Everything else may be off limits.

While it is true that we need a way to guard against making a text of Scripture mean or say whatever we want it to, the solution to this mistake is not to make the mistake of claiming that a text can have only one meaning or theological idea. Good biblical interpretation insists that we work through a multi-layered interpretive process and then deal with either the one or the many things we discover as the process unfolds. A great starting place for working through that here on ThinkTheology.org is Brad’s 10-part series on reading the Bible differently.