The Disciples Return (Having Learned Nothing): Follow Me – Part 22 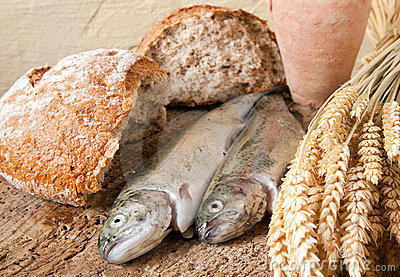 OK, now that John the Baptist is dead and buried, our narrator, John Mark returns to his story where he left off: the 12 return from their mission on which Jesus had sent them. It was a mission of doing and teaching. Like Jesus, they both proclaimed the kingdom of God, and did the accompanying works of the kingdom. And now they’re apparently exhausted. The Master encourages them to “come away by themselves to a desolate place and rest a while”  (v. 31). Anyone who has been in 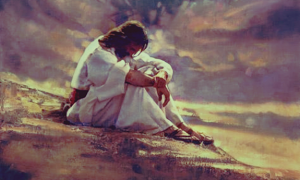 ministry can tell you that it can make you weary. Meeting the needs of people can drain you, and with the added burden that “it’s for God” the temptation to ignore the principle of Sabbath can be great. Let me just say this about that: if the only time you open your Bible is to prepare a lesson to teach others – you’re in deep kimchee (spiritually speaking, of course).

As with Jesus, so with His disciples – the crowds follow them everywhere (they are getting the same rep as their Master) – v. 31-32. So their vacation is short lived (I hope they got some good rest on the boat ride over) because the crowds are there when they come ashore, and Jesus, driven by compassion, is ready to teach them again (v. 34).

After another long day of ministry, the 12 are ready to send the crowds away. Jesus response to “give them something to eat” (v. 37) is either irritating or puzzling or both?!? This leads to a lengthy conversation with the disciples (Mark’s account is longer than any of the other gospels on this). Despite their having just returned from a mission trip filled with exorcisms and healings done by their own hands (v. 12), their perplexed response indicates an increasing lack of understanding (their hearts were hard, cf. v. 52 – borrowing from Lane, p. 228-229). So Jesus takes over…

He organizes the people into groups for the meal, blesses the five loaves and two fish, and then gives it “to the disciples to set before the people” (v. 41) – ‘See guys!’ 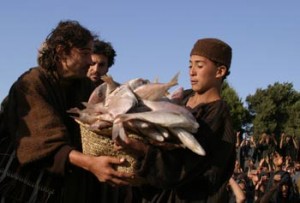 The text makes it clear that a miraculous increase of food has taken place here! The disciples lack of funds (v. 37) is contrasted with abundance supplied from the riches of the Father’s resources.

The disciples display themselves in this narrative as “still not getting it!” This reminds me of myself! How long, O’ Lord? When will I finally learn to trust You? To quit striving, to quit releasing it to God, only to pull it back from His hand as I walk out of church, or later that day, or (on a good week) not until sometime on Monday.

If the crowd has been described as sheep without a shepherd (v. 34), Jesus is presented as the Shepherd who provides for all their needs so that they lack nothing. – William Lane

How like Peter I am. Thick-headed, quick to act on my own, but slow to learn from the Master. And yet we have the benefit of knowing the end of the story. If Simon the knucklehead, can be transformed (by an encounter with the risen Christ) into the Peter of Pentecost (Acts 2:14- 15:11), then perhaps I too can do great things for the kingdom of God (not because there is anything inherently great in me) but in the power of the Spirit, whom Jesus promises to send to His followers!