The Legend Of The Perfect Christian Family (2 of 8) 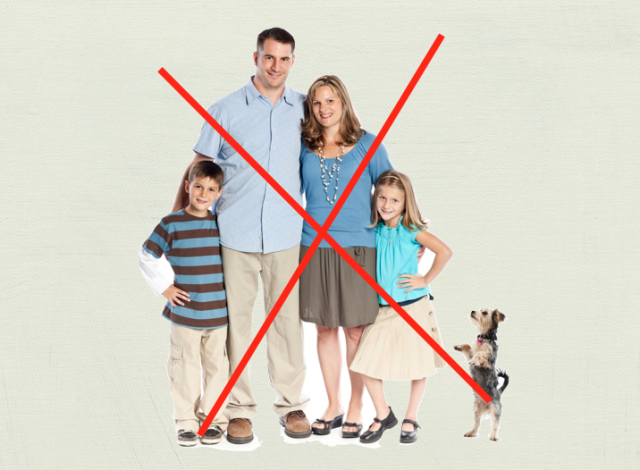 This is the second article of an eight part series called The Legend Of The Perfect Christian Family. In this series I hope to show that some of the greatest families in the Bible are deeply broken and in need of God’s grace.

In my last article I expressed that God’s reach does not exceed his grasp as seen in the lives of Sarah and Hagar.

In this article we will be taking a look at grace through the tragic story of Cain.

One of my favorite passages concerning grace in the Bible is Ephesians 3:20 “Now to Him who is able to do exceedingly abundantly above all that we ask or think, according to the power that works in us…” You probably noticed that the word grace is nowhere in the passage. But the truth is this passage and it’s context is dripping with grace. Grace is the unmerited, compassionate and unshakable favor of God. God’s grace is superfluous.

When I began to meditate on the family story of Adam and Eve for this series my heart kept going back to one particular line of text in Genesis 4:15 “God told him, “God put a mark on Cain to protect him”

I couldn’t shake it. I kept asking myself why and how could God “protect” Cain after all he had done?

Let’s take a look into Genesis 4:9-16 to grab some context here. I am using The Message translation because I think it most clearly conveys the meaning of the text…

“GOD said to Cain, “Where is Abel your brother?” He said, “How should I know? Am I his babysitter?” GOD said, “What have you done! The voice of your brother’s blood is calling to me from the ground. From now on you’ll get nothing but curses from this ground; you’ll be driven from this ground that has opened its arms to receive the blood of your murdered brother. You’ll farm this ground, but it will no longer give you its best. You’ll be a homeless wanderer on Earth.” Cain said to GOD, “My punishment is too much. I can’t take it! You’ve thrown me off the land and I can never again face you. I’m a homeless wanderer on Earth and whoever finds me will kill me.” GOD told him, “No. Anyone who kills Cain will pay for it seven times over.” GOD put a mark on Cain to protect him so that no one who met him would kill him. Cain left the presence of GOD and lived in No-Man’s-Land, east of Eden.” (Genesis 4:9–16, The Message)

Up until this week while meditating on this portion of Scripture I had always assumed Cain’s mark was a part of the curse placed upon him by God. But in fact the mark was grace. The mark of Cain is completely separate from the curse put upon him and Eugene Peterson’s translation wisely makes this very clear by using the word “protect” to make sure we pick up on that. God marked Cain to protect him and that’s what makes his story such a great place to illustrate the unmerited, compassionate and unshakable favor of God.

Allow me to give a short summary of Cain and his family context before we consider how his story applies to the grace of God in our own family lives.

Cain was born broken into a deeply broken context.

Though God brought his image and life to all of humanity through Adam and Eve (Genesis 1:26; Genesis 2:7) they gave up God’s dream for them in exchange for their own and in doing so made void the manufactures warranty for the whole human race (Genesis 2:16-17; Genesis 3:4-7; Genesis 3:22; Romans 5:12) . As carriers of this broken and distorted image of God’s original blessing Adam and Eve give birth to two Sons first Cain and then Abel.

We soon find that the poison of the parent’s rebel heart was passed onto the kids as both Cain and Abel had to make some kind of sin offerings to God (Genesis 4:4, Hebrews 9:12). Abel had faith and reverence for God while Cain did not. Cain became jealous and angry of his brother Abel because God respected and was pleased with Abel’s offering (Genesis 4:6-8).

It seems Cain was a brutal beast of a person. In the human story Cain is the first murderer. I have to be honest in this story It’s so easy to love Abel, write Cain off, love the judgment of God and completely overlook His Grace toward Cain. But it’s there in the text clear as day.

GOD told him, “No. Anyone who kills Cain will pay for it seven times over.” GOD put a mark on Cain to protect him so that no one who met him would kill him.

It has been said that Jonathan Edward’s had a daughter with some unknown but serious mental disorder that caused her to have a rather violent and ungovernable temper. Her temper was so bad that when a young man fell in love with his sick daughter and came to Edwards to ask him permission to marry her Edwards replied… “You can’t have her”. The confused young man used every variation of the question “Can I marry your daughter?” he could think of only to find the same firm reply from Edwards… “You can’t have her”. Finally the young man asked, “Why can I not have your daughter?” to which Jonathan Edwards replied, “Because she is not worthy of you.” “But,” the boy asked, “She is a Christian, is she not?” “Yes, replied Edwards, but the grace of God can live with some people with whom no one else could ever live.”

As a pastor I have seen so many families struggle with the pain and grief of a child so broken, lost and demented that they are forced to cut all communication with them.

Some families have found their own grace tanks to be bled so bone dry by a troubled son or daughter that bitterness and hatred begin to form where once there was only love. These can be children locked in addiction or children that have brought great harm to the family or perhaps even others.

Think of the worst or most notorious criminals you have ever heard of. Every one of them is the product of a family and in many cases they came from honest and good parents completely devastated by their wayward child. Perhaps like Jonathan Edwards many parents have come to the same conclusion “the grace of God can live with some people with whom no one else could ever live.”

Why is this sad story of the first family so important for us to see? The prototype family smashes the legend of the perfect family to a million pieces. We have a tendency to lift up the family that generates Abel but shame the family that raises Cain. In this story one family creates both.

As parents we must come to grips with the reality that our children were never ours to begin with. The grace you give them could never save them. Your grace could never compete with Gods.