The Parable of the Property Owner 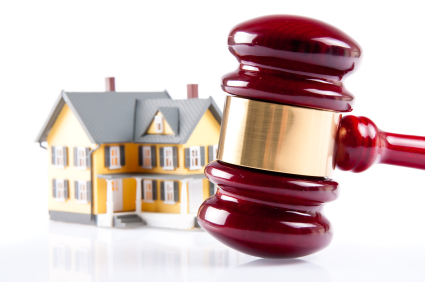 From what I hear, property ownership disputes are pretty ugly things to be involved in.

There are lots of other scenarios that show up in legal disputes over property, but these are pretty common. One thing that happens in these disputes is that the true owner must prove legal ownership, and then must do everything necessary to ensure that the property is ultimately returned to him/her to be used, inhabited, or otherwise occupied according to the owner’s express wishes.

Behold – the story of the Bible!

Creation – The Biblical story begins with the creation of the heavens and the Earth. During the entire creation process in Genesis 1:1 – 2:3, the Creator is referred to as God 35 times. But an interesting transition happens in Genesis 2:4. It says… “the Lord God made the earth and the heavens.” The author of Genesis wants us to know, among other things, that the creation is the result of the work of the Lord God. This designation points to God in three ways: (1) Creator, (2) Owner, and (3) Master over the created order. It is his world. He made it. It belongs to him for his purposes.

Adam & Eve (aka “Human” & “Life” in Hebrew) – I know we’re reading ancient scripture here, but in order to understand the message we may want to think about it through the lens of the scenarios above. As we contemplate God’s engagement with the humans in the story (c.f. especially Gen. 1:26-30, 2:5-25, and 3:1-19) we might be helped by the analogy of a property owner who employs the services of a contractor to develop and care for his property according to his wishes. The contractor is vested with legal authority to act on behalf of the owner in all matters related to the property, and will fare well as long as he carries out the owner’s wishes. Shortly after he begins his work, the contractor and his colleagues begin to allow criminal activity to happen on the property. Before we know it, an entire criminal element has taken up residence, and when the owner comes for an inspection, he finds the contractor working hard at the paper shredder to cover his tracks.

Imagine, if you can, the owner saying something like…

Off my property, now! How could you let these criminals set up shop here? This was to be a family development. A neighborhood where people could live and raise their kids. You’ve turned it into crime-ridden ghetto! You’re fired. I’ll get someone else to manage my property as I want it managed. There’s a lot of clean-up I have to do thanks to you — but I’ll get it done. I have big plans for this place. The guy I have in mind will stand up to these thugs. They may hurt him bad – but I know he’ll win in the end, then my development can continue.

Noah – In the Biblical story, there are scenarios where God seeks out partnerships for his property along the lines of his intentions for it, and each of his partners is given different layers of responsibility to move the project ahead.

“Noah and Sons property developers” is first up. They get to hang on to the blueprints and seek a safe shelter while the law comes in to root out the bad guys. Once they get the all clear, they pick a spot and start the whole project again from the ground up.

Tower of Babel – Some of the employees in this company can’t seem to stay on course, and they end up building their own businesses on the owner’s property, and trying to use it for personal gain. The owner comes again and breaks up their operation.

Abraham – One of Noah’s son’s Shem, has a grandson named Abram (he’s a “shem-ite” — get it?), and the owner takes a liking to him. He tells Abram that he has a job for him, and his whole family will benefit!  The owner deeds a piece of property to Abram, tells him to go live on it, and then from that property, the land development process will continue. The owner rolls out the big plan to Abram, and tells him — “This is the biggest thing you’ve ever seen. We’re going to cover the whole world here! All your kids can get in on the deal, but you have to do things my way.”

Isaac & Jacob (and Jacob’s sons) – On and on the story goes. Abram’s name is changed to Abraham. His son Isaac takes over the business (with the owner’s approval), and his son Jacob assumes it after Isaac (again, with the owner’s approval). Each time, the owner tells them that it’s his property, He’s working with them, and they have to do things his way. Jacob and the owner have a dispute one day, and the owner gives Jacob the nick-name Israel (God-wrestler).

Israel & Judah – Israel has 12 sons. One day the owner sends Israel a telegram which he is instructed to give to his son Judah. It reads…

Judah, you and your kids will ultimately be managing this place for me. One of your heirs will take over the whole operation one day. I thought that would encourage you (cf. Gen. 49:10).

King David – The story moves forward with many twists and turns. Israel’s sons do well at times, and not so well at others. At various points they get to the property development headquarters assigned to them, but they don’t run the business the way the owner wants it done. Various managers come and go. One of Judah’s great-great (great?) grandsons, David, eventually becomes the senior manager, and he’s a mixed bag, but in his heart he wants to do things the owner’s way. The owner assures him that the enterprise will stay in his family, and one of his descendants will, just as he promised, eventually take over the whole thing!

The company goes through rough patches. It is broken up and forms different companies, and people fight for position. Much energy is spent trying to control things rather than doing things the way the owner wants them done. The employees regularly complain to the owner that he doesn’t seem to be a very good owner, and they seem to always struggle. He sends executives to them to remind them that they have not been very loyal to him, but that will not change his intentions. This land is his. The project will remain on track. He will not turn his back on the company, and anyone who wants to work with him is welcome to stay on until it’s all done the way he wants it done.

Jesus – One day a child is born, and the owner sends out messengers to let everyone know that he found his man! In fact, when he’s old enough, the owner himself visits Jesus, affirms him publicly, and lets everyone know that this guy is going to be in charge because he does things the way the owner says he wants them done. (cf. Luke 2:1-14, Mk. 1:9-11).

The owner puts Jesus in charge of everything. Jesus then begins to announce –

Okay everyone. The owner is back in charge now. Change your ways. Change everything, and get it all lined up with the way the owner wants it done. There’s a grace period, but it won’t be forever, so let’s clean this place up.

He moves throughout the project and begins solving problems. He removes criminal elements, he gets team members back on track, he raises wages, honors employees that are doing a good job, and fires managers who are ripping of the owner. He cleans house. He makes friends and he makes enemies, but it’s the owner’s property, and the owner’s project. It will be done the owner’s way. He gets visited by the local mafia boss who offers him short-cuts, but he tells him that things will only be done the way the owner wants them done, and invites him to leave!

Conspiracy swirls, and disenfranchised (fired) middle-managers, corrupt cops, and even some dark figures in the criminal under-world ally themselves together and put a hit on Jesus. If they can get rid of him, they can run the place the way they want to run it. They were around long before him, and they would not allow him to mess up their cozy operation. They pressure Jesus to join their side, but he refuses at every turn. He will only run things the way the owner wants them run. That’s why the owner trusts Jesus! So, they kill Jesus and bury his dead body in the side of a rocky hill. It’s the perfect crime. There’s no one to confront them because they occupy the highest positions in the company, and work together with the darkest elements of the criminal under-world. With Jesus out of the way, everyone can run things they way they want to run them.

In the Biblical story, the owner reinstates Jesus as heir to the company despite the fact that he has been murdered. He raises Jesus from death, and puts him over the whole company. Not only does he give him the original headquarters, but indeed he turns over every square inch of the whole original creation (both heaven and earth) to Jesus, and gives him the right to rule over it.

In the end, Jesus gathers those who are loyal to him and re-constitutes the company. He has the original blueprints in hand, the title-deed to all properties, and the full faith and trust of the owner to carry things out as though he were the owner himself. He entrusts his loyal delegates to work with him, and they continue the original plan to bring the whole creation under the domain of the owner (cf. Mat. 28:18, 1 Cor. 15:25, Col. 1:20). Their message is the same message as Jesus’ when he first came to work for the owner —

The owner is in charge now, and has put Jesus in charge of everything. Get things ironed out and shaped up now. There is time to get it all fixed the way the owner wants it, but things need to change. Let’s all learn together to do things the owner wants by following the manager, Jesus. The owner has put everything under his control.

Ps. 24:1 – The earth is the LORD’s and the fullness thereof,
the world and those who dwell therein

This is my Father’s world.

That though the wrong seems oft so strong,

God is the ruler yet.

This is my Father’s world:

the battle is not done:

Jesus Who died shall be satisfied,

And earth and Heav’n be one.

The Bible is not the story of how God creates the world, and then destroys it. It’s the story of his design for the world, the problems that happen along the way, and his resolute intentions to see the world become what he created it to be. Indeed, his promise for the future of the world is…

Hab. 2:14 – For the earth will be filled with the knowledge
of the glory of the LORD as the waters cover the sea.

Mat. 5:5 – “Blessed are the meek, for they shall inherit the earth.

Rev. 5:10 – …and you have made them a kingdom and
priests to our God, and they shall reign on the earth.