Doubts in the Midst of Worship 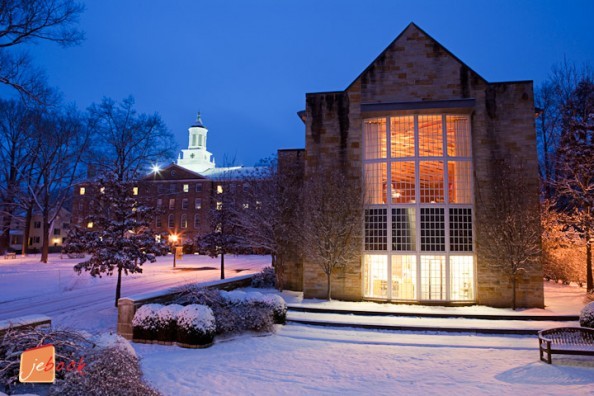 I’m currently moving into my last semester of seminary, and I’m relieved to say the least. It’s been such an exciting journey, and I can hardly believe that these three years are almost over. Something that I’ve always loved about Princeton Seminary is its emphasis on preparing people for ministry. This ministry can be in the local church, the academy, a hospital, a prison, a college, or wherever. I’ve enjoyed that Princeton Seminary has its feet in both the academic world and in the church world, and this is especially evident in that most of the professors on staff are also ordained.

Needless to say, it’s been a great experience, and I wouldn’t trade it for the world. When God re-called me back into ministry before finishing up undergrad, I’m glad that God led me to a place where I’d be challenged mentally and spiritually (and this is not to say that other seminaries and divinity schools do not do the same…), and I’m happy that I have had this time of growth.

One thing that has helped me throughout this process was knowing where I would end up. I knew that I would be involved in a church following seminary, and so I intentionally took classes that would prepare me best for that future. From pastoral care classes to biblical studies, I wanted to soak up as much information as I could in these three short years with the goal of being able to relay them to a future congregant.

I wanted Princeton to help me work through all the questions that I had about Christianity, so that I could know that I know the truth about this faith. But as I continue with my education, I’m becoming more unsure of the human potential of understanding it all. I’m not unsure about God, in the least bit, but I am hesitant in saying that we can figure all this out.

I love the mystery of it all, but I don’t feel like that’s a suitable answer to someone with doubts. This Christmas break, my uncle asked me to speak on the verses prior to The Great Commission. We were going to have a mini-church service, and he wanted me to lead a small devotional on what does it mean to doubt. In Matthew 28:16-17, it says, “Now the eleven disciples went to Galilee, to the mountain to which Jesus had directed them. When they saw him, they worshiped him; but some doubted.”

To me, doubt is not the opposite of faith. This is especially true in this passage. The disciples, the ones who had been with Jesus throughout his ministry, still experienced doubt. But this doubt wasn’t fear. Fear stops action. Fear immobilizes (cf. Matt 28:4). The disciples had doubt, but it was within a posture of worship. This doubt wasn’t inherently a bad thing (though it could easily become bad if it were to stop the disciples from action), and if we look at the early church’s response to Jesus’ command to go, then it’s plain to see that their doubt didn’t stop them from doing what Jesus was asking of them.

So as I finish up seminary, I’m still worshipping God, but I have my doubts. And I feel okay about them so long as I direct my doubts, worries, fears, and concerns towards Jesus. Jesus allows room for doubts. Jesus allows us to be human. I had a conversation with my girlfriend a little bit ago, and I was telling her how hard it has been to read the Bible. I’m so full of “critical” methods in reading the text that I have difficulty in reading the Bible devotionally. I’m full of these doubts when I read it. But I read the Bible nonetheless because I want my doubt to be rooted in worship. If I allow doubts to overtake me, to stop me from encountering God, then absolutely doubt is a bad thing. There is such a thing as healthy doubt, and this is done while remaining in relationship with God. All the lament psalms are ones done in relationship with God. These doubts that the psalmists had was closely linked to their faith that God would be true to God’s promises.

If I have learned anything in these past few years, it’s that it is very important to have relationship with God, and that might sound like a cliche bumper sticker or something. It’s still true though. As I study the Scriptures, I’m not simply studying an object. I’m not studying an idea. I’m not studying a concept. I’m reading the word that reveals the Word. When I study the Bible, I’m encountering the Way, the Truth, and the Life. Jesus is not an idea, but he is a person that actively pursues me even in the midst of doubts.

God is God, and we are not. This may not relieve all my doubts, but it relieves my fears. And though I may doubt, I will worship.