Horrors! Doing Good on the Sabbath? – Follow me (Part 8) 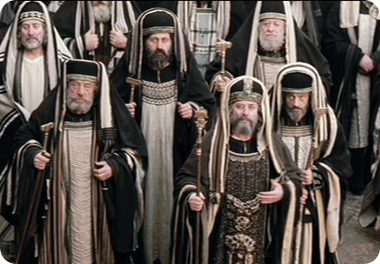 Thus far in the gospel of Mark, the Pharisees have been ticked off at Jesus for claiming to forgive sins, eating with sinners & tax collectors, not endorsing fasting among His disciples, and for permitting His disciples to violate the Sabbath by picking grain for a snack. Today we’ll see the first occurrence of the Pharisees objection to Jesus healing on the Sabbath (Mark 3:1-6). This may be hinted at earlier as being controversial with the casting out of an unclean spirit in 1:21, but there is no mention there of any displeasure by the Pharisees at His doing this on the Sabbath. 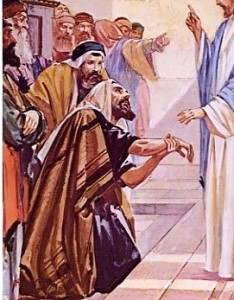 The controversy takes place in the Synagogue: “they watched Jesus to see whether he would heal him on the Sabbath, so that they might accuse him” (v. 2, emphasis mine). So yes the controversy has been brewing, and this is the test case. Jesus Himself is quite aware of what’s going on here. He comes right out and states the question at hand publicly for all to hear (what everyone is already thinking about): “Is it lawful on the Sabbath to do good or to do harm, to save life or to kill?” (v. 4). No one answers. Jesus is grieved at the hardness of their hearts (v. 5). And then He heals the man’s withered hand.

The Pharisees went out and immediately held counsel with the Herodians, how to destroy him. (Mark 1:6)

Now let’s put ourselves in the scene again. You’re first century Jew, living in Galilee. This new Rabbi that everyone is talking about just miraculously healed this guy in your synagogue. No kidding, you saw the before and after (and probably knew the guy) – this is a genuine miraculous physical healing!

And the Pharisees reaction is to develop a plot to destroy Him! Why? Because He healed a man with a deformed hand. Oh wait, He did it on the Sabbath, when God says no work can be done! Are you guys serious? Why yes, of course we are, He broke the rules!! Only religious people can understand this line of thinking. Everyone else thinks its crazy! Didn’t you see it? He just healed that guy!

But to the religious person this all makes perfect sense:

The natural tendency of humans is to use religion to make us feel better about ourselves. Generally we do this by comparing ourselves with others and judging ourselves to be better than them, in God’s eyes. It is so much easier to make up and follow rules than it is to live a life of complete and utter dependence upon the Spirit of God.

But according to Abe Johnson:

The Pharisees wanted to kill Jesus because He healed a man!

Until next time my friends, follow Jesus (not Pharisees)!