Discipleship Lite – Not!! A Ruckus at Capernaum (Follow Me, Part 2) 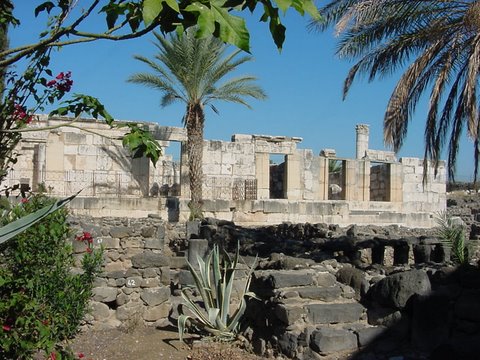 Well Jesus doesn’t break in these disciples easy. Capernaum isn’t far from where He initially called them along the sea of Galilee. He launches right into public ministry, teaching in their synagogue on the Sabbath (Mark 1:21). Apparently there was something striking about His teaching. But for Jesus, action accompanies proclamation. A man with an “unclean spirit” shows up and he’s making a scene. Day one of Jesus public ministry he casts out a demon. It comes out of the man, but not without kicking and screaming (v. 26). The jaws of everyone in the synagogue drop to the floor at this crazy scene.

So what are the disciples thinking at this point? Uh, what have I gotten myself into? Whoa, did you see that, the Master just cast a demon out of that guy! Or perhaps they’re concerned that Jesus activity is causing a commotion in their synagogue? Or maybe they’re secretly glad to see Jesus upsetting the religious status quo. We really don’t know. Mark’s narrative just isn’t focused on the disciples at this point. But we do know that they are disciples. So we know that they are surely observing every move, every action, facial expression, mannerism, tone of voice of the Master. It’s their job as His disciples to observe intently (and imitate) their Rabbi ( I talk more here about what it meant to be a disciple of a Rabbi in 1st century Palestine‘s 2nd Temple Judaism).

Jesus’ popularity skyrockets immediately (v. 28)! Word tends to get around quickly when you start casting demons out of people. Upon leaving the synagogue, they retreat to Peter’s house where 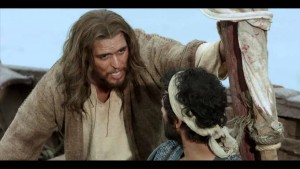 Jesus does another outstanding miracle. This time it’s a physical healing (of sickness accompanied with a fever). This time it’s personal for Peter: its his mother-in-law (v. 30). Now a healing revival breaks out at Peter’s front door (v. 32). Large numbers (the whole city) of sick people are healed and those oppressed by demons are set free. Mark’s account portrays all of this as happening in one day (William Lane, NICNT, p. 70). It’s a big first day for the disciples!

Peter wakes up the next day and Jesus is gone (v. 36)! That’s got to be pretty disturbing. Have they overslept and failed the Master? Has He left them behind? So they search for, and find Him. Jesus has gone out to a solitary place to pray.

Lesson Number 1: Ministry is trying, draining, exhausting. You will never be able to do this kind of stuff unless you take time out, away from the people, and spend time with the Father – renewing, reviving, recharging!

Master, where have you been? “Let us go somewhere else – to the nearby villages – so I can preach there also. That is why I have come” Jesus replies (v. 38, NIV). So they go on a preaching circuit through the synagogues of Galilee, casting out demons as they go (v. 39).

Lesson Number 2: Following Jesus involves itinerant ministry. Long walks, down dusty roads to a bunch of crappy small towns nobodies ever heard of. This ain’t glamorous. You’re not a rock star playing at Madison Square Garden. It’s hard! And you may get kicked out of a few Synagogues along the way. You won’t necessarily be popular everywhere you go.

Hmm… let’s chew on that for a while. What does all this mean for us today, just as much followers of Jesus as Peter & Andrew, and James and John. Feel free to comment below.

Next time we’ll have a guest post by Michael Sterns. He’s a PK and he’s currently finishing up his M. Div. at Princeton Theological Seminary. He’s sharp as all get out, so you know its gonna be good – stay tuned! I’ve been out of school for ten years now so I really enjoy interacting with a smart young guy like Michael ’cause he’s on the top of his game. I know I am looking forward to his post, so stick around. Until then keep calm and follow the Rabbi!