Plurality of Elders and the Problem of the Church at Jerusalem 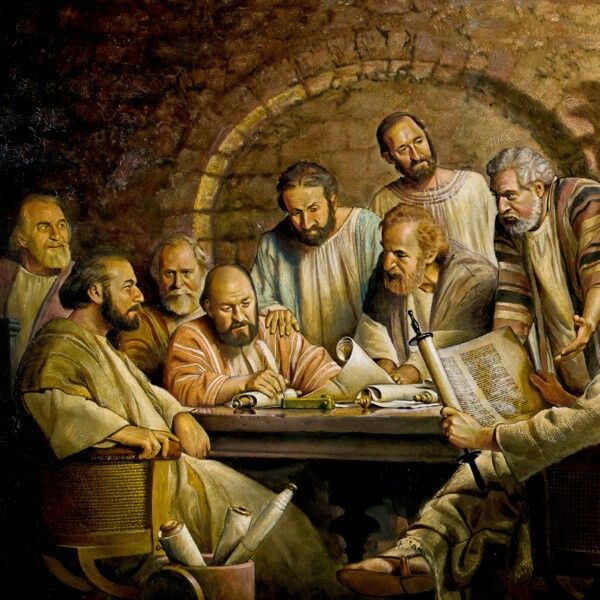 If you know me very well, you know that I’m a “plurality of Elders” kind of guy when it comes to church government. And honestly  it’s not really my intention to do a full exposition of that view here. But if you’re interested, our fearless leader here at ThinkTheology , Luke Geraty, has written an overview here. Suffice it to say that this view falls in the broader category of Flat (or flatter) leadership models. This of course, stands in contrast to the classic Senior Pastor model that so many of us are familiar with (similar to the top-down, hierarchical org chart of most any Corporation  known to man). In the plurality of Elders model, leadership is shared across each of the ministry overseers in a given church, and ultimate decision making authority in the local church lies within this “board” of Elders in submission to Christ (or at least that how it supposed to work).

Now it’s pretty easy to argue for a plurality of Elders form of church government from a New Testament perspective, particularly if you focus on the Pauline churches. By way of illustration, lets look at the church planter par excellence – the Apostle Paul’s modus operandi for planting churches in the book of Acts. Typically Paul goes into a city and proclaims the good news, people are converted to Christ (followers), Paul stays in the city for a while, makes disciples, trains up leaders, then releases the church into the care of those local Elders, and then returns to check on them periodically either personally, or by sending apostolic emissaries (like Timothy & Titus) on his behalf to address issues in the local church as needed, as well as providing guidance through his letters. But things get a little less clear cut if we look at the church at Jerusalem where, especially because of the presence of the Apostles, things at least appear to be a little more centralized.

First of all Peter clearly rises up as an important leadership figure in the church at Jerusalem (Mt. 16:18). And we probably should not be surprised that the Apostles of Jesus are revered, playing a place of prominence in the early church at Jerusalem. But, in fact we see the phrase ‘Peter and the (rest of) the apostles’ used a couple of times in Acts (2:37 & 5:29). This would seem to indicate (at least to me) that while Peter is clearly a central figure (and spokeperson) that people looked to for leadership, it was hardly a Petrine dictatorship. For example see how the appointing of the seven appears to be more of a group decision lead by the Apostles (but conducted openly in the presence of all the disciples – Acts 6:2, 3, 5, 6). But let there be no doubt: the church at Jerusalem is surely a different animal than the Pauline house churches when discussing forms of church government in the New Testament.

This was a lightning bolt moment for me! I had never caught this before. It would appear that, if nothing else, the church at Jerusalem had evolved into a flatter leadership model closer to what we see in the plurality of Elders form in the Pauline churches (and, for the record, no I’m not trying to claim a Pauline influence on the Jerusalem church here).

Anyway, that’s it. I’m sticking with a plurality of Elders model as the preferred method of church government for the New Testament Church. Again, I’m not claiming this is a comprehensive argument in favor of this form. But I would appreciate hearing your thoughts in the comments below. In the meantime, for a more detailed look at this model, see Luke’s Top 5 Books on Plurality of Pastors/Elders/Overseers.

Until next time: “Shalom, my friends” and keep going hard after Jesus!