Rich Nathan: In the Absence of Leadership 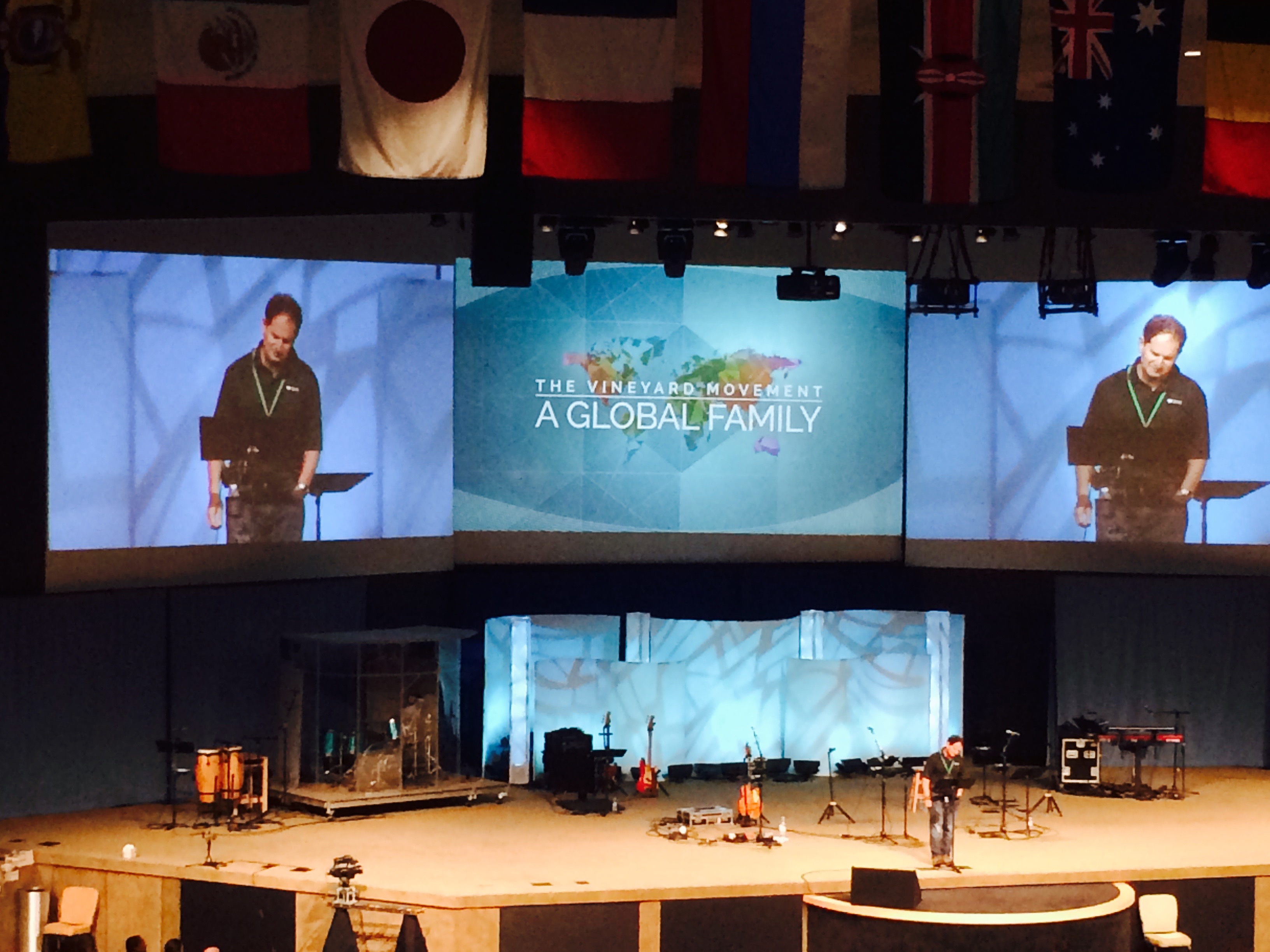 This past week, Vineyard pastors and leaders from all over the world (somewhere around 55-65 countries!) met outside of Columbus, Ohio for the first ever international Vineyard Conference. Throughout the week, we heard from many of the global leaders throughout the movement. I’m sure that I lost a few followers because of the number of my #VineyardGlobalFamily tweets, but there were so many tweetable moments during the conference. I’m looking forward to the conference becoming available for purchase because everything that the leaders were saying was important. I want to go through and watch and listen to these talks over and over. They were that good.

As a young dude that’s going to graduate from seminary in a year, wanting to be in some form of Vineyard leadership eventually (maybe in a galaxy far, far away…), I wanted to learn as much as I could during this conference.

Starting off with Tuesday morning’s session, Rich Nathan led a talk on leadership. For those of you that do not know, Rich is the senior pastor at Vineyard Columbus which is one of the Vineyard’s larger congregations. He has helped author books such as Empowered Evangelicals, Both-And, and Who is My Enemy? He has his own Wikipedia page, so that’s a thing.

His topic on Tuesday was on leadership. There are obviously countless books, articles, pamphlets, websites, magazines, seminars, sermons, conferences, talks, etc. on what it means to be a leader. Speaking to a room full of pastors and leaders, Nathan used his talk to try to define Christian leadership in the general sense because to him what it means to be a leader varies from context to context. His talk went through John 13, the Passover Meal, and he highlighted different universal elements of Christian leadership using Jesus as the prototype.

First, Jesus knew who he was. Verse 3 says, “Jesus knew that the Father had put all things under his power, and that he had come from God and was returning to God.” Nathan starts with this idea of identity as the foundation of leadership. Those who lead well know who they are. They know what they’re doing. And they know where they’re going. Jesus understood that he was the beloved Son of God. John Calvin writes in his Institutes, “Nearly all the wisdom we possess, that is to say, true and sound wisdom, consists of two parts: the knowledge of God and of ourselves.”

Often, the most problems that a leader faces within the church stems from a misunderstanding of his/her identity. Church folk will come to the leader and ask him to do this or do that. They’ll have expectations of her wanting her to act a certain way.

Secondly, leaders are called. Jesus calls forth his disciples. Jesus calls forth those who follow him from Peter to Matthew. It is his divine initiative that brings forth leaders. Nathan adamantly said that leaders are good listeners. They are able to hear the voice of the Spirit, and leaders are able to operate out of the Spirit’s prompting. Nathan said that we are simply actors in this great screenplay. The director and writer is God. As it says in Hebrews 12 that it is Jesus who is the author and finisher of our faith. It is because of God that we have a story. It is God who breathed life into our lungs, and it is God who calls us his beloved. And it is God who calls us.

Jesus knew his identity, and he knew that it was God who called him to the task that lay ahead.

Thirdly, Jesus was willing to serve. In verse 4, Jesus strips off his garments in order to serve his disciples. In Philippians 2, it describes Jesus as taking off his glory to serve humanity. This Jesus was willing to serve. But Nathan pointed out something that I have not noticed before. Jesus did not wash his disciples feet once they arrived for the meal. It was after the meal that Jesus began to get ready to wash the feet. Nathan highlighted that it was Jesus who noticed that there were none to serve them, so he then initiated the service for the disciples.

A leader must be willing and ready to serve even during the grossest moments operating in love. Verse 1 notes that it is because Jesus loved them that he served them. Even if leaders do a good thing,  leaders can still be disobedient. That is, if they are kind and gentle while being disobedient, it doesn’t make them kind and gentle. Just disobedient. Leaders must serve out of love. That is the obedience: loving God and loving others. Martin Luther King, Jr. says that everyone can be great because everyone can serve. As Jesus modeled serving his disciples, he was equipping them for the future, teaching them his heart, and showing them how they can operate in the Kingdom: through servant evangelism. Leaders don’t simply talk about leading through serving; they must be on the front lines of serving. Nathan used Luke 5:5 to say that leaders must have an attitude of doing as well as saying. 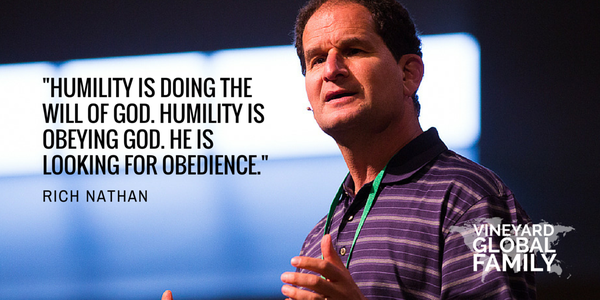 What Jesus modeled in this instance is another example of the upside down values of the Kingdom. It is Jesus who says that he came to serve not to be served and that the greatest in the Kingdom is the servant of all. Jesus led his disciples to serve. Humility is not doing something sacrificial for God. It is doing the will of God. God does not require sacrifice.

The most interesting point that Rich Nathan made was his last point: those who lead will be betrayed. I’ve discussed this with some of my friends just trying to figure out what all this means, but what I think Nathan meant was that those who lead must understand that their close friends might betray them.

Judas was present at the Last Supper.

Before I begin to think about this in the eucharistic sense (open table vs. closed), Jesus served, loved, and allowed Judas to be with him while he led. But Jesus knew the end of the story. Jesus knew where he was going because of his foundational understanding of his identity. Because of this, he was willing to lead though he knew that Judas would betray him.

A leader is one who knows her God-given identity, knows her calling, knows how and why to serve, and understands that she might be betrayed. Though not an exhaustive description of all leaders, Nathan wanted to highlight these universal traits across the board. Leaders lead with integrity. They operate to lead others into the arms of the Almighty. Pastoral leaders do not simply point fingers and offer mass counseling. They lovingly direct people to God.

After this Tuesday morning session, I knew that those of us in attendance were in for an amazing conference, and hopefully we can highlight some of the key-points that each speaker presented.