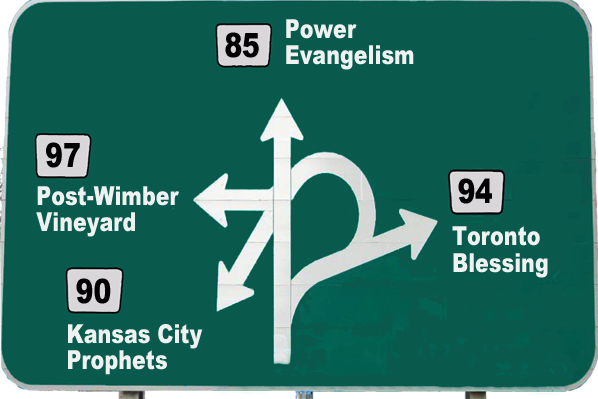 I had approached one of my professors at the seminary I was attending with the idea of developing a course there. He had been intrigued by the idea, and suggested that I submit a written proposal and my ministry resumé, which led to an interview with one of the vice-presidents of something-or-other.

The interview was clearly going nowhere from the get-go, and I couldn’t put my finger on why. Several reasons for the VP’s reluctance were voiced:

The VP shuffled through some papers on the desk, looking irritated, and then turned to give me a fixed-stare-down gaze, and asked “the V-question”. And that was that. The interview had been over before it even began. The “Vineyard resumé stain” — as one of my friends in a different denomination calls it — was in full effect.

(And I realized that I was dead meat no matter what I said — did the interviewer think/hope I would denounce the Vineyard to increase my chances? — so I just re-iterated what was clearly stated on my resumé: I had previously pastored in two Vineyard churches, one in Victoria BC and the other in Los Angeles.)

The irony is that even within the Vineyard, it was and is difficult to define at times what is “Vineyard” and what isn’t. During its early years in particular, the Vineyard was pulled in a variety of directions, and struggled to maintain the core of its vision and mission. 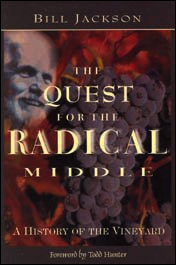 The Quest for the Radical Middle is an excellent history of the Vineyard movement. Written in 1999, author Bill Jackson mentioned that by the early 1990s — barely ten years into the movement’s story — people were already wrestling with the question of what makes a Vineyard, truly “Vineyard”.

Echoing other voices within the Vineyard, Jackson observed that the answer to that question often depended on what era the Vineyard was going through when you first got involved.

And as the graphic at the top of this post indicates, there have been some significant influences that have (depending on your point of view) either added to, or detracted from, the Vineyard’s self-identity as a “radical middle” movement — evangelical in theology and (c)harismatic in practice.

The “Vineyard resumé stain” that the seminary VP was reacting to — I wonder which “Vineyard” was the problem? The Kansas City Prophets? The Toronto Blessing? The whole kit ‘n’ kaboodle? Some weird caricature based on the “research” of heresy-hunters?

I mean, depending on what you think constitutes the “real” Vineyard, I may or may not fit your definition (I may not even be welcome in some Vineyard churches). After all, I wrote Post-Charismatic, which got me into hot water in certain circles for questioning and critiquing some charismania excesses and sketchy teachings. And I also wrote The Genesis Café: Conversations on the Kingdom, which tempts those in the postmodern “you can’t know anything with certainty” circles to eye me with wary suspicion.

Bill Jackson, the author of Quest for the Radical Middle, passed away a couple of weeks ago, which prompted me (and probably many others) to re-read his book on the Vineyard movement. And when I read again the core of Vineyard beliefs (a sample copy can be viewed here), I think to myself, “yeah, I’m Vineyard”.

I believe that all the gifts of the Holy Spirit are available today; I believe in the inaugurated eschatology of the “already-and-not-yet Kingdom of God”; I reject hype and hyperbole in ministry; I believe we are called to care for the poor and challenge injustice… the list could go on.

The Vineyard is far from perfect. The extreme charismania camp continues to be well-represented in some circles, and the postmodern semi-liberalism has its adherents as well. But the classic radical middle theology of John Wimber as expressed in his (very 1980s-sounding) Power Evangelism also continues, and that is where I still find my connect to the movement.

I only wish, in the perfect clarity that hindsight provides, that I had thought to answer the mind-already-made-up VP’s question by saying: