Fallen Leaders: What are the Underlying Causes and Who’s to Blame?

Early this year ThinkTheology put out a call to our readers asking what topics they would like to see covered in 2015. One of the suggestions we received was to examine the topic of fallen leaders. So I thought I’d take a shot at this difficult topic and invite some of the other authors here to chime in.

Could it be that the Sr. Pastor model of church government is to blame here? Do we see less incidence of corruption and moral failure in churches that implement a flatter leadership model? I don’t have the statistics on that (where’s Ed Stetzer and George Barna when you need ’em?). And as a ‘plurality of elders’ guy I would love nothing more than to place the blame on this singular leader, hierarchical form of church government. But I’m just not sure that’s the key problem. Surely a lack of accountability is part of the problem here. But I just saw on the news today that a Pastor at a local church was being charged with sexual abuse of a teen girl at his church. Unfortunately we’ve seen this scenario play out again and again. Anyone at a church with unsupervised access to children can do this – it doesn’t have to be the Sr. Pastor.

Christian leaders, especially staff Pastors are in a difficult place. They are viewed as examples, and often put on a  pedestal by their congregations, yet they face the same struggles as all of us. So what happens when they do fail? Let’s say it’s not something as serious as an affair. Let’s say its some small failure. Let’s say they genuinely happen across something inappropriate on the internet, and linger there just a moment too long before they do the right thing and click close on the browser. The temptation to tell no one is very strong! Their reputation is on the line. It will be a disappointment to members in the church and might have a damaging effect on the faith of others. God wouldn’t want that, right? And let’s face it, their family is depending on the income from this job so opening up about this small sin isn’t really the smartest thing to do here, is it? Let’s face it, exposing one’s own sin/weaknesses puts one in danger of losing their position in ministry! And now sin has a secret, place to grow there in the dark (like a mushroom).

I think you get my point. We, as congregants, create these type of leaders with our expectations of the end all, be all, do all Sr. Pastor. He or she is a strong organizational leader, compassionate faithful friend, wise counselor, learned Bible scholar and apologist, shoulder to cry on, passionate worship leader, prayer warrior, gifted public speaker and teacher, etc., etc., etc. The truth is most people are only gifted in two or at the most three of these areas.

On the other hand some leaders relish this kind of attention. They want to be, and even portray themselves as “the anointed man of God.” To the point that when you’re in need, everybody wants only the Sr. Pastor to pray for them (as if his/her prayer has a much higher chance of being answered by God)! Why do we so crave the approval of our Pastors above all others? Personally, one of the first things I look for in a leader is humility! Pride and accountability don’t go well together – they’re like oil and water. The prideful man or woman says: “I don’t need accountability – I got this!” (and that goes for all of us). Just like in the garden, we think we don’t need God – “I know God said don’t eat that fruit, but I can handle this!”

One final thought from me. While it is good to have a clear vision from God for the direction of your church, it can also become a great danger when one becomes absolutely convinced that they are doing God’s will, God’s work! “God is on my side!” And pretty soon “I can do no wrong! Look at how successful my ministry is. God must be blessing it – right?” And so religious pride opens the door to failure.

How do we pastor a leader who refuses to be in submission to anyone else? In some cases, fallen leaders have refused to step down, take time off, or undergo counseling to bring healing from an affair! Check out this link for some thoughts on patterns among fallen leaders.

Robby McAlpine: In an interview that I recently did with a mega-church pastor who oversees multiple services and the staff of multiple campuses, one of the early questions I asked him was:

“What type of leaders are most likely — or most commonly — the ones who burn themselves out? (And usually burn out the staff around them along the way?)”

Without a nano-second of hesitation, he replied: “The control freaks.”

We often refer to them as entrepreneurial, Type A, results-oriented, Choleric, a “High D”, and so on. These are the types that usually end up in senior leadership, whether in vocational ministry or any other kind of vocation. They are hailed as the ideal church-planting types by many different denominations.

The Senior Pastor/CEO approach can certainly take a share of the blame, but anyone who has had history with flattened leadership approaches (the Plymouth Brethren, for example) can provide anecdotal evidence that unpaid elders or volunteers can be just as top-down dominant (“bullies” in the common tongue) as any vocational pastor. (Ever heard of the scenario where a few financially well-endowed lay people control both the church and the pastor?)

What does this have to do with pastors falling? Isn’t the problem, as Brad put so well, the fear-based isolation of not being able to admit weakness and confessing to each other (James 5:16)?

In some cases, sin does indeed lie in cunning wait for the eventual & 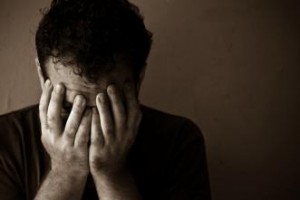 inevitable “adrenal fatigue” (burnout) to take hold, when a pastor or leader’s guard against temptation is limp and exhausted.

And in other cases (rarer but not unheard of), “falling into sin” almost becomes a source of relief: “Now, I’m off the hook from all these expectations! Nobody is expecting the sun, moon, and the stars from me anymore! I’m FREE!”

During the interview I mentioned earlier, we tackled the problems facing pastors of churches with multiple staff to effectively pastor their staff to avoid burnout. Among the many ideas we tossed around:

Something that we haven’t looked at so far is restoration of fallen leaders, or dealing with the fall-out in the church after they’ve fallen, but I’ll leave that to my other esteemed colleagues here. 🙂

Able Baker: My two cents? I think we need to clean up all of the “leadership” crap that floats around in our evangelical spheres of influence 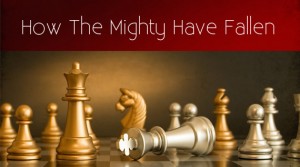 and book stores. Pastors are not simply leaders (Think: Maxwell) they are servant leaders (Think: A guy you’ve probably never heard of). There is a huge difference. Pastors are the servant overseers of facilitation rather than dictation.  I have seen 1 Corinthians 11:1 misinterpreted  among some who seek to make disciples unto themselves. Paul is not saying follow me. In context he is talking about headship and service. He wants people to follow his example of HOW he follows Christ in humble service and submission you know… like Christ. It’s a focus on the nature of Christian leadership. The Corinthian Church was wrestling with sectarianism because their understanding of leadership was understandably off.  Both dictator leaders and servant leaders fall (that’s inevitable) but how and why they fall is much different. One type cannot and should not be restored to a position of local Church pastoral leadership while the other should be. The pastorate needs to be marketed and sold to the one ambitious to be best foot washer rather than the guy looking to call all the shots. The congregation creates the demand while the pastor provides the supply. If a congregation is dealing with a fallen pastor they first need to figure out what kind of  demands they have placed on him. Most likely the guy in front is a projection of their own hearts. That makes any discussion on this topic exponentially more complicated.