Exchanging the Apologetic with the Prophetic: The Role of the Holy Spirit in Postmodern Hermeneutics 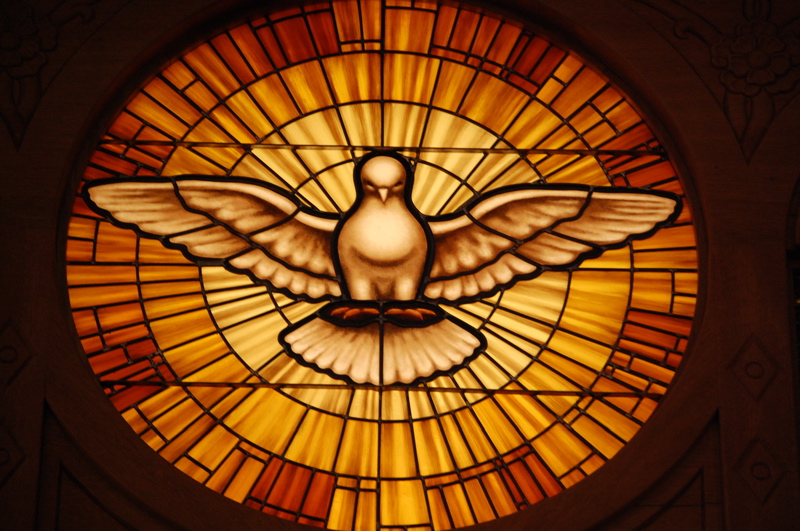 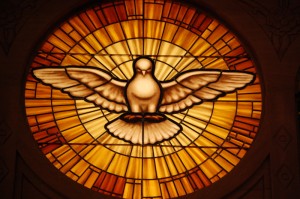 Postmodernism is thought to be as both the villain and the savior for the contemporary church, depending on who is asked. To some, postmodernity is the greatest threat to the Christian Church since Nero, and to others, it is a breath of fresh air that promises the demise of hard-lined fundamentalism that has plagued evangelicalism for decades. Considering the variances in opinion on the matter, many are left with more confusion and than conviction.

Therefore, for clarities sake, in it’s most basic sense, postmodernity is the reaction against modernity. Postmodern thinkers point out that modernity has its roots in the European Enlightenment, especially in the intellectual heritage of Locke, Descartes and Kant.[1]

Although there is a lot to be determined in the next century for the wider implications of larger culture seeming to leave modernity for postmodernity, the church is finding itself interacting with people inside and outside the walls of the church who no longer believe in absolute, objective truth. For many, this brings anxiety about the future of the Bible, it’s authority and it’s impact on Scriptural interpretation. Nevertheless, one might consider that rather than a threat to the Church, postmodernity brings an opportunity for a greater reliance on the Holy Spirit’s role in Scriptural interpretation that draws the Church back into a season of renewal.

In his first letter to the Corinthians, St. Paul asserts that, “the person without the Spirit does not accept the things that come from the Spirit of God but considers them foolishness, and cannot understand them because they are discerned only through the Spirit.” (1 Cor. 2:14) Therefore, for St. Paul, the Spirit’s role for the believer in discerning truth is absolutely necessary for true understanding, thus the Spirit’s role must be emphasized in a new way within hermeneutics in a postmodern culture. One might consider there be a new emphasis on the prophetic nature of Scripture that replaces the emphasis on the modern version of the apologetic nature of Scripture. Within this framework, it’s purpose is to find the Spirit of God illuminating Scripture in a way that the “secrets of people’s hearts are laid bare” so that people recognize God is in His word and “among His people” (1 Cor. 14:25).

Further, a more fitting mode for postmodern scriptural interpretation is one that takes the Holy Spirit’s role seriously for “the last days” (Acts 2:17). In the context of the Pentecost account in Acts 2, Peter identifies a new era in which the Holy Spirit has brought about the fulfillment of Joel 2:28-32 in which both young and old, male and female will prophesy. For Paul, the experience of the prophetic Spirit is expressed in terms of the gifts of the Spirit, and highlights the ecclesiological significance of prophecy when Paul claims that the one “who prophesies edifies the church” (1 Cor. 14:4).[2] As St. Paul said, prophecy is not for unbelievers but for believers (1 Cor. 14:22).

For Pentecostals and Charismatics especially, postmodernity brings an immeasurable opportunity for churches to begin to emphasize the community of believers as “People of the Spirit”, actively listening to His voice. Additionally, this new emphasis will strongly appeal to postmoderns, as hearing God’s voice is much more of an art than a science. This emphasis will also give postmoderns an opportunity to join the community of faith and from there, learn the dynamic relationship between Scripture interpretation and the Holy Spirit’s illumination.

Nevertheless, this does not mean apologetics is not a vital disciple; it is! A postmodern framework actually makes room for an Augustianian version of presuppositional apologetics to point the Church in the right direction, rather than modernity’s version. Presuppositional apologetics recognizes the role of presuppositions and puts a strong stress on revelation.[3] In this way, postmodernism can be a spark for the church to reclaim its faith not as a system of truth ordered by neutral reason but rather, as a story that requires the living, active Spirit of God to speak prophetically to His people through His word.[4]

It is also important to note that this postmodern emphasis on the subjective voice of the Holy Spirit in no way submerges the Christian church into secular relativism. The reason is due to the fact that the prophetic cannot be separated from the community of believers.[5] Prophetic utterances and interpretation affect the life of the community and the community in turn is responsible to discern the content of such utterances and interpretations (1 Cor. 14:29). Although the new postmodern emphasis shifts to the subjective, prophetic voice of God, the people of God only prophecy in part, (1 Cor. 13:9) and therefore, must also look to the Church community as a whole and the written Word to guide the prophetic interpretations of Scripture. Without this element, such hermeneutics becomes total subjectivity, and who then is to say that one person’s interpretation is right and another’s is wrong?[6] However, with this stress on the community of God throughout the past to the present to help guide the prophetic interpretations of Scripture, this subjectivity is avoided.

This interpretive philosophy is much in line with the Church fathers, whose theology was perceived not as an addition to but illumination of biblical revelation.[7] When major theological disagreements come up, the final hermeneutical word would belong to the overall community of faith of the past and present.[8] This helps filter out interpretations that aim, or thrives on, uniqueness, which is ultimately rooted in pride in an attempt to “outclever” the rest of the community.[9] These interpretations certainly are not of the Holy Spirit’s inspiration. It is within this understanding of the church community, that the Spirit-people are able to “weigh carefully what is said” by the “two or three prophets” that spoke (1 Cor. 14:29).

The church today would do well follow St. Paul’s advice to, “Follow the way of love and eagerly desire gifts of the Spirit, especially prophecy” in the context of Scriptural interpretation (1 Cor 14:1 ). Most of all, though, we must also heed St. Peter’s remarks to “Above all… realize that no prophecy in Scripture ever came from the prophet’s own understanding, or from human initiative. No, those prophets were moved by the Holy Spirit, and they spoke from God” (2 Pet. 1:20–21). Therefore, just as the scriptures were inspired by God and moved “the prophets” to communicate correctly, we too as “prophetic interpreters” must do the scriptures justice by allowing the Holy Spirit to move us towards correct and sound interpretations. This approach being both biblically sound and culturally sensitive is sure to pave the way for a new generation of dynamic and orthodox interpretation.