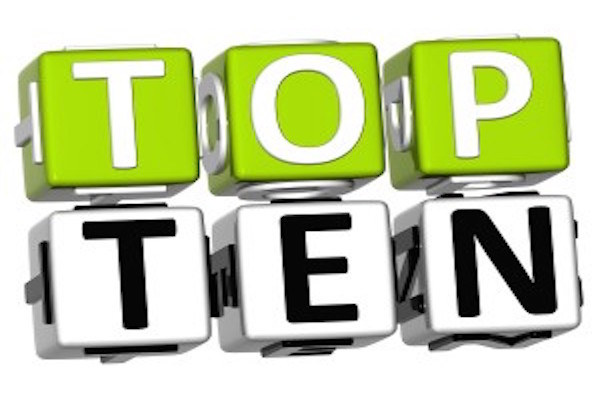 Okay friends, here they are! The top-ten most read posts on ThinkTheology.org for 2014 in reverse order…

#10 – Getting Left Behind? — According to Matthew & Luke, it’s preferred to being taken! – By Kenny Burchard

Written to challenge some of the conventional understandings of “rapture” eschatology, and the misuse of texts in Matthew and Luke to support the unbiblical idea of a secret rapture.

John MacArthur went on record this past year saying that Charismatics had added nothing to the world of theological thought. Luke responded by posting a list of his favorite books written by Charismatic theologians, thinkers, and biblical scholars.

#8 – The “Secret” to Preaching Sermons w/out Using a Manuscript! – By Luke Geraty

Preaching without notes or without a manuscript is something that many preachers want to learn to do. Check out Luke’s short post on learning to do this better.

#7 – On How I’ve Changed My View(s) on Women in Ministry, AKA, “Farewell Luke Geraty” – By Luke Geraty

The never-ending discussion about the role of women in ministry, public life, family, church, etc. goes on under the banners of egalitarian vs. complementation convictions. Read this post where Luke outlines his own journey toward an egalitarian understanding of men and women in light of what Jesus has done.

#6 – A Biblical, Theological, & Practical Response: Why I think Ken Wilson is wrong (part 1) – By Luke Geraty

This year, plenty of books were written to address the ongoing conflict regarding issues of same-sex marriage, homosexual practice, and same-sex orientation, and what Christian’s ought to think and do about these issues. Former Vineyard Pastor Ken Wilson’s book, “A Letter to My Congregation” details his own convictions about these issues. Luke Geraty wrote a series of posts critiquing Wilson’s methodology, as well as his theological and exegetical conclusions.

In this post, Luke pushes back hard on Richard Dawkins for publicly encouraging women to abort children with Down’s Syndrome.

What should you wear when you’re preaching in Church? Is there such a thing as a dress code for preachers? This post gets more hits from google searches than just about any other post at ThinkTheology.org

A very raw, honest, and gut-level survey by our own Able Baker of 21 things the average church-goer doesn’t know (but should) about his/her pastor.

Church Planting has become a tier-one strategy for denominational growth over the past 25 years. In this post Kenny Burchard provides a pretty detailed look at two very different approaches to church planting, and some of the implications of embracing one idea over and against the other.

Posted by an anonymous contributor, this open letter from a daughter to her porn-addicted dad has been read more times in 2014 than any other post, and is… wait for it… the MOST read post of all time at ThinkTheology.org (it was posted the first week of November). We have received over a dozen formal requests for publication and reposting for this piece. It’s important, it’s striking a nerve, and it should be read by all.

Well, that’s it. That’s the top ten for 2014. We hope you’ll go back and read them all again, and pick your favorite. Do us a favor and post a link to it on your own social media and share it with your friends.

From all of us at ThinkTheology.org, Happy New Year!