4 Powerful Prepositions on the Incarnation 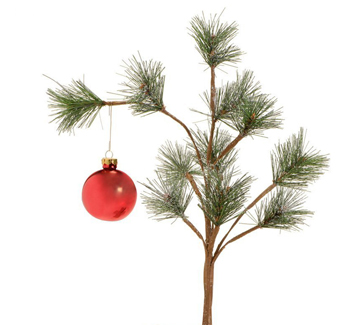 What is “#UglyChristmas”? If you are a Christian and you love the Christmas story you might be asking what is “ugly” about the birth of Jesus! You might also be wondering I am suggesting that we deeply celebrate #UglyChristmas. So what’s the intention behind #UglyChristmas? Why are we doing this series? Those are all great questions that I’d like to take a few minutes and answer.

Two thousand years ago a young unmarried Jewish girl gave birth to a baby. That baby, Jesus, spent his first night in a manger, what we call a feeding trough. Jesus did not grow up in a prominent or influential city and his family did not have a lot of influence. At the end of his life, he was sentenced to death and was ultimately crucified as a criminal. According to all of the standards that our world lives by, the situation surrounding his birth, life, and death are considered ugly.

Yet followers of Jesus find within what seems ugly the most beautiful story of all time… and that’s what #UglyChristmas is all about. Finding beauty in what appears to be ugly; locating a touch of heaven in what is earthy. I’m significantly influenced by my friend Jamie Stilson and his book The Power of Ugly… a book that several of you have studied in one of our Growth Groups. In The Power of Ugly, Jamie writes that the power of ugly is “God taking our weakness and failures and birthing something beautiful from them.” For our series, #UglyChristmas, I’m suggesting that we look at Christmas as a story that is full of weakness and failure surrounding the birth of Jesus.

Have you ever stopped to consider just how “ugly” the Christmas story actually is? I mean, Mary became pregnant as a young and unmarried girl. Culturally she was considered an adulteress and her fiancé, Joseph, actually considered divorcing her! Speaking of Joseph, have you ever stopped to consider how significant it is that Jesus was raised by a poor carpenter? The Son of God, Savior, Lord, Creator of all, Head of the Church, King of Kings and Lord of Lords, Prince of Peace, Light of the World, Word of God, Alpha and Omega and also known by many other titles lived in and grew up in a poor village in a poor family. Many royal families would consider such an environment to be ugly.

The Bible is actually full of stories were the beauty of heaven touches the earthy ugliness of our world… but there’s something especially unique about this in the Christmas story. For example, the genealogy of Jesus – Jesus’ family genealogy includes Rahab, Ruth, Tamar, and Bathsheba, women of questionable character (Gentiles, prostitutes, and adulterers).

There are a lot of moving parts in the Christmas story and I’d venture to guess that if we stop and stare at them long enough, we’d see that by the world’s standards, this story is ugly. Yet there is something uniquely beautiful about the Christmas story, right? 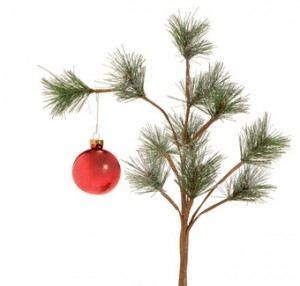 So I want to challenge you to embrace all that is ugly about the Christmas story. Why? Because God takes things that appear to be ugly and turns them upside down. The apostle Paul states that “the foolishness of God is wiser than men, and the weakness of God is stronger than men” (1 Cor. 1:25). I would venture to guess that Paul would agree that the ugliness of Christmas is more beautiful than we realize.” After all, the kingdom of God is full of paradoxes. Our faith, as followers of Jesus, believes that the first shall be last and the last shall be first and that dying is living and living is dying and that the kingdom of God has both come, comes, and is coming in the future. Embrace paradox!

By the way, who gets to determine what is ugly? And who gets to decide that ugly is bad? I mean, today we rewarded several people for their ugly sweater! What is ugly is quite a relative term! One man’s trash is another man’s treasure. One person’s ugly is another person’s beauty. It’s all relative.

So let’s be honest. #UglyChristmas is one of the most beautiful stories in the Bible. Full of wonder. Full of glory. Full of raw divinity meeting raw humanity and showing us what true beauty actually looks like. (please pause and read John 1:1-18).

At the Heart of #UglyChristmas is the Incarnation.

The word “incarnation” has become rare in today’s society. Yet it’s one of the most important beliefs that Christians have. The Incarnation is the belief that God became a human being. God, who is spirit, put on flesh.

Did you know that the idea of God becoming a human being was not all that foreign in Jesus’ day? After all, the Greek pantheon (many gods) did that all of the time (that’s why there were demigods, right?). The difference between Jesus and the false gods of Greek and Roman society was that Jesus became a human being to save human beings, not use them, and he saved them in a way that was considered beneath the gods (crucifixion; unfit for Roman citizens). That’s why the apostle Paul wrote that Greeks found the cross to be foolishness. It was despicable. It was a waste of time. It was… well, ugly.

The prophet Isaiah actually acknowledged how the world would view Jesus when he wrote the following:

“There was nothing beautiful or majestic about his appearance, nothing to attract us to him. He was despised and rejected– a man of sorrows, acquainted with deepest grief. We turned our backs on him and looked the other way. He was despised, and we did not care.” (Isaiah 53:2-3)

Yet if we look at this “ugly” Incarnation correctly, by the Spirit, we see that it is actually quite beautiful. This, too, was foretold by the prophet Isaiah. After writing that Jesus would have no beauty and would be despised and rejected, he wrote:

“When he sees all that is accomplished by his anguish, he will be satisfied. And because of his experience, my righteous servant will make it possible for many to be counted righteous, for he will bear all their sins. (Isaiah 53:11)

Christmas is the season of the year where we stop and reflect on the Incarnation. The beauty of heaven enters into the ugliness of earth; the love of the kingdom breaks into the hatred of this planet; God’s mission of grace invades Satan’s mission of rebellion. We have #UglyChristmas because in God’s sovereign wisdom, Jesus became a person for humanity, with humanity, as one of humanity who was in humanity. And that brings us to how #UglyChristmas is shaping the way that I live my life.

I do not believe that one has good theology if they do not have good praxis. What I mean by that is I’ll show you your theology by showing you what you do. If you truly believe Jesus is Lord of all, your life will give evidence, right?

With that in mind, let’s do a quick recap of something I think I talk a lot about here. If Jesus’ message and ministry is deeply rooted in the kingdom of God, what should our message and ministry be rooted in? If Jesus’s manner of living and operating was as one who walked in the power and presence of the Holy Spirit, what should be our manner of living and operating?

Jesus’ message and ministry and concerns should be our message, ministry, and concerns, right? I think we’d all agree with that. Well what about how Jesus spread his message and ministry? Wouldn’t it be wise for us to do things like Jesus did things? Shouldn’t we approach our lives in the same way that Jesus approached his life?

If this is true, and I believe it is, and if you are looking to model your life after the life of Jesus, I think we need to consider how Jesus lived as a human being. If the Incarnation is not so much about showing us what it’s like to be God but what it’s like to be truly human, might we want to take notice of how Jesus did things? In other words, what is the posture of an #UglyChristmas incarnation? If we are to follow Jesus’ lead and become present in the community we are living in, like he did by being more human, how should we do it? How was Jesus incarnational?

The #UglyChristmas Incarnational Posture is Missional.

Jesus’ model of incarnation was missional. He was intentional in what he did and how it would point to himself and his kingdom. The early Christians who lived and died for Jesus were united in purpose, as they did all that they could to share their faith with the world around them.

So when we say that Jesus is for, with, of, and in humanity, we’re speaking about how Jesus relates to humanity (what we often love most about Jesus is how he relates to people, especially those who need healing, who are hurting, or who have no hope; e.g., woman caught in adultery of John 8). These four prepositions (for, with, of, and in) are powerful. They describe how God views us and seeks to relate to us. Let’s look at them a little closer.

(1) Jesus was for humanity.

(2) Jesus was with humanity.

So how does this apply for you? I think it’s kind of simple: how are you for, with, of, and in your community? What hobbies do you do alongside those who do not know Jesus? How have you shown that you are for the community you live in? In what days are you serving in your social circles?

#UglyChristmas is about looking at the Christmas story and embracing its message, ministry and method.

This was a sermon that I delivered on the Incarnation (audio here) for our 2014 sermon series #UglyChristmas.