Should pastors endorse candidates from the pulpit? 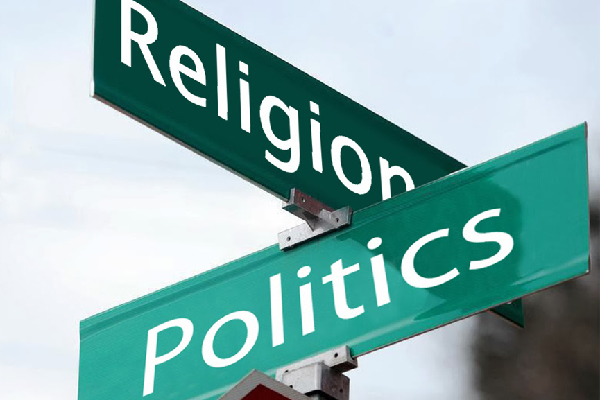 It’s the day before a mid-term election, so we can’t let the day go by without some theological, biblical, and practical reflection on Christian engagement in the political process.

I wasn’t in church yesterday, but even if I had been, I’m sure our congregation would not have participated in the so-called “Pulpit Freedom Sunday” happening in over 1,600 churches.  More about that here.

I have my own convictions about whether or not pastors should endorse a political candidate for office during a worship service (or in any other official church gathering or publication, etc.), but I would really like your input below.

Here are four basic ideas behind my NO vote for endorsing politicians from pulpits. We can share more in the comments. AND I want to hear your ideas in dialogue down in the comments.

1. If a church is a registered 501(c)3, it has entered into an agreement with the U.S. government that it will NOT endorse candidates. No one is forcing churches to (a) become a registered non-profit, or (b) not to endorse candidates — UNLESS they have agreed (by getting a 501(c)3) not to!  Look, it’s not an act of civil disobedience as a non-profit to endorse a political candidate.  It’s breaking the law. And it’s breaking faith with your covenant-partner, the IRS.  You said you would not do it. Period. And you’re getting a tax-break for playing by that rule – which is there regardless of who you prefer for office. If you want to endorse, then give up your non-profit status (e.g. your relationship to the empire, and to Caesar) and become a prophetic voice (as the early Christians were). It’s so strange to me that Pastors are marching themselves up to the pulpit and daring the IRS to keep its end of the deal to remove tax exempt status from churches that violate the agreement, and then pretend to be martyrs when it happens.

2. Yes. The Gospel IS political.  The three words “Jesus is Lord” are inherently political. Christians have a political message. Here it is…

…they are all acting against the decrees of Caesar, saying that there is another king, Jesus – Acts. 17:7

3. So, when a pastor uses what Spurgeon called “the sacred desk” (the pulpit) as a political soap box for a politician, he is not being a minister of the good news. The good news is about King Jesus, and our proclamation centers on our submission to his Lordship.

4. Christians will have definite political interests, and should be very engaged in the political process, but when we go as far as saying, from the pulpit, that so-and-so deserves our vote, we cross a pastoral, biblical, and legal line that we should not cross.

Please don’t make the mistake of assuming that I don’t believe in political engagement (see #4 above), or that I am advocating against Christians having a voice in the public conversation.  You would be wrong.  My issue is — you signed papers, you got into a relationship with the government saying you would NOT endorse by name, and now you want to do it under the banner of righteousness and civil disobedience. In reality, this is simply breaking the law.

If a Christian wants to stand up on Sunday and thunder, “Vote for Joe Schmo,” from the Church’s pulpit, fine. But don’t enter into a relationship with the government promising not to do so while simultaneously benefiting from the tax break under the pretense of a non-profit religious organization. Do without the 501(c)3.  And here’s a secret. If you are not a registered non-profit in a formal relationship with the government, then the IRS won’t give a rip what you say from the pulpit about which candidate you support. So this is not about persecuting Christians. This is about Christians breaking the law they agreed to follow while also wanting the benefits of the tax breaks they’re afforded under this arrangement. If you really want to be prophetic, and speak truth to power, then drop the formalized relationship with that power, and speak on.

I watched with shock and disappointment in 2008 as self-professing Christians started blogs, websites, and organizations promoting the current President under the pretense of his so-called Christian ideas. Many of them are now ashamed of doing that, and their organizations have crumbled. Once you stop preaching the Lordship of Jesus Christ, and use your valuable preaching and worship minutes to instead say, “Vote for this guy,” you are no longer functioning as an ambassador for Christ.  We are not called to be surrogates for political campaigns (and politicians will gladly use you to gain power).

Okay. No doubt this has provoked some thought and some response. Jump in below and let’s dialogue about it more. What biblical criteria does a Christian minister have using the pulpit, using the worship gatherings, and using the church’s resources to become a political operative for a particular candidate or party in a national, state, or local government?