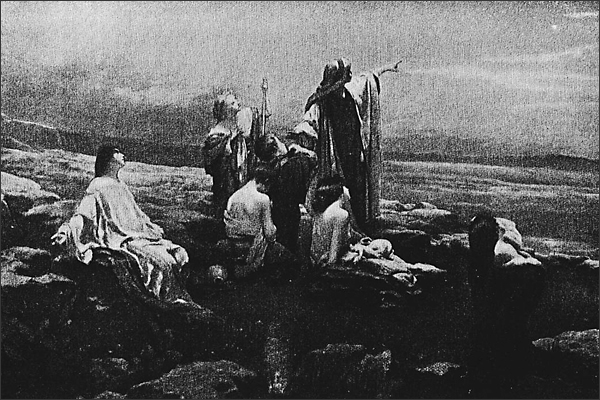 In the Old Testament, prophets had the unenviable position of telling people news that they usually didn’t want to hear. And in many cases, “shoot the messenger” was the response they received, even if what they were saying really was what God wanted them to say.

But the real problem wasn’t the unpopularity of the message that the prophets were compelled to bring. The real underlying problem was the spiritual state of the people to whom the prophecy was directed. They had forsaken their Covenant with God, and nobody wanted to talk about it:

And every so often, God would send a prophet to call them back to the Covenant. Back to their First Love. Back to honouring God with more than lip service. Back to a genuine relationship with their Creator.

There is no shortage of people who have (often correctly, I’m sad to say) pointed out the shallowness, hypocrisy, and — for lack of a better word — corrupt aspects of Christians, churches and organizations. Nobody with access to Google can deny that things are rotten in the state of Denmark.

But here’s where it gets weird: instead of calling people back to the roots of their faith (repentance), there is a thriving industry of writers, speakers, bloggers, and leaders who are using the sad state of affairs to encourage Christians to abandon their faith.

That is a light-and-day reversal of the role of the prophet that we see in the Old Testament. They saw the corruption and called people to “come back”. That is also a complete reversal to Jesus’ own prophetic words in the letters to the seven churches in the book of Revelation. Six out of the seven churches received a strong word from Jesus (if I may broadly summarize) to “come back”.

Honestly, we don’t need more “prophets” telling us that God wants to give people world-wide ministries, great wealth, or fame and fortune. Nor should we heed “prophets” who entice us to simply roll over and play dead. We need people who function like it says in Revelation 19:10: “it is the Spirit of prophecy who bears testimony to Jesus” — in other words, prophets point people to Jesus. And in some cases, they call people back to Jesus.

As one of my favourite authors, C.S. Lewis once said:

“If you are on the wrong road, progress means doing an about turn and walking back to the right road; and in that case the man who turns back soonest is the most progressive.” (Mere Christianity, page 36)