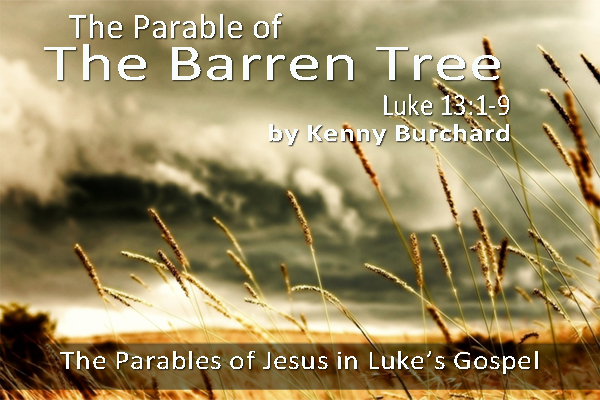 Luke 13:1-9 begins with stories about real events that happened in Jesus’ day. They were “News Stories” about the murder of worshippers in the Temple, and a tower that fell on some passers-by as they journeyed along a road.

In both cases, Jesus asked – “Do you think these were worse sinners than others?”  His answers, on the surface, seem difficult to reconcile.

But then he told the parable of the barren tree. Is this Jesus’ way of telling his listeners the point of his reference to the two news stories, and the theological questions that followed?

Read, watch, and engage in this important message from Jesus.

The Parable of the Barren Tree – Luke 13:1-9 from Kenny Burchard on Vimeo.