It All Started in a Garden… 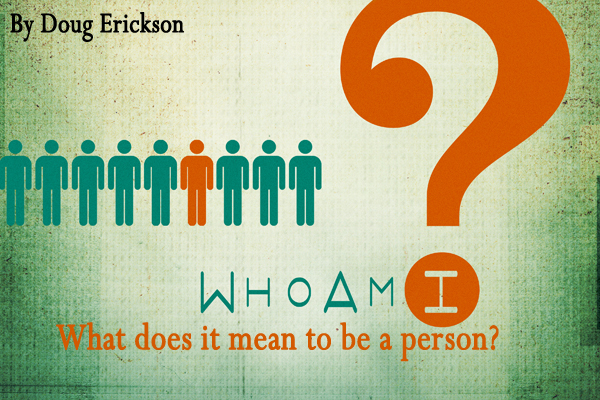 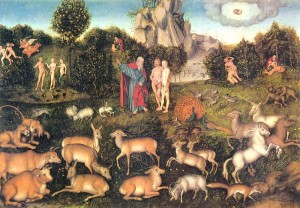 It all started in a Garden, and it’s going to end in a garden. In between, we have the story of us- humanity, sometimes brilliant, sometimes utterly foolish, sometimes capable of the ultimate sacrifice for others, sometimes perpetrating unimaginable cruelty and evil on innocents. Aldous Huxley wrote after WWII, “Cruelty and compassion come with the chromosomes…all men are merciful and all men are murders…fire whole cities and then fondle the orphans..”  A fine, glorious mess we are.

Almost everyone can cite examples of cruelty and compassion in their own life experiences as both agent and victim. While we can all pretty much agree on what humans are capable of….few agree as to what humans are. What does it mean to be a person?

It wasn’t always this way. Not long ago, among western societies at least, we pretty much agreed that there was something inherently special about being a person. Someone once wrote that “all men are created equal, that they are endowed by their Creator with certain unalienable Rights…”  granted, we later found out that some men (and women) were more equal than others, but the assumption- that there was something God-given about being human-was broadly shared by western culture.  Christian theology used to speak of this as humankind “being made in the image of God- in latin, the imago dei. Sure, there are other accounts of personhood in western culture (like Descartes ‘thinking thing’) but they all took for granted this basic idea of the imago.

In our increasingly secular age, we’re just not sure we have the resources to answer this question. It makes sense of course; if fewer people in our society believe in a “god” that created everything (or even, set things into motion) then how can we possibly speak of being made “in God’s image”? To many, it’s nonsense. The human genome project, among other things,  has nearly conclusively demonstrated that we all share a common pool of some 30 thousand (give or take) ancient proto-humans- so to speak of being “created” or having an “image” or likeness of God, is just silly.

But in Orthodox Christian theology- this still means something.  All persons have intrinsic dignity, simply because they are persons- not as a result of anything they have done, could do, or achieve. See, the Biblical story starts somewhere, and ends somewhere, and in between, tells the story of this image- made perfectly, deeply marred, and then restored. It is the story of us. We were made for relationship- for knowing and being known. We were made to do something- it’s in our nature to create, build, make our mark, change the world, have an impact. And most our brokenness, pain, and wrong turns in life stem from trying to meet these basics needs- relationship and impact- on our own terms.

In theological circles, these ideas were thought of in terms of Theological Anthropology (in contrast, for example, to the modern discipline of anthropology that studies peoples and cultures). In my mind, it is these questions of theological anthropology that are just as significant in the LGBT conversation as scriptural exegesis and hermeneutics. Because in the last century whatever consensus we had in Western society as to “what does it mean to be a person” has completely disintegrated, we have these confusing and contradictory ideas all over the place. The world is more in tune than ever to the plight of modern slaves, the worldwide oppression of women, and the impact of globalization, urbanization, and modern enterprise on the world’s most vulnerable peoples. Terms like universal human rights, fair trade, honour killings, and child marriage have entered our vocabularies and conversations. All that is good, and we are right to applaud it.

A strange thing (strange to me, anyway) has entered our everyday conversations. Make a comment on the your friend’s plaid jacket, polka-dot shirt, and Zubba’s, and you will undoubtedly hear…

At which point I think.. I wasn’t JUDGING you, I was making a comment that perhaps…dressing in the dark with 80’s relics isn’t your…thing.

Or perhaps, more troubling, is this same reply from folks whose self-destructive addictions and compulsions are obvious to everyone but themselves-

Our identity, it would seem, it merely a moment-in-time snapshot of our desires, preferences, and behaviors, and thus, as these change, so may our identity.

In a future post, I will cash this out as to why I think this issue is so important in the ALTMC conversation.

For now, how would YOU answer this question? What does it mean to be you?