Strain Out the Lumps 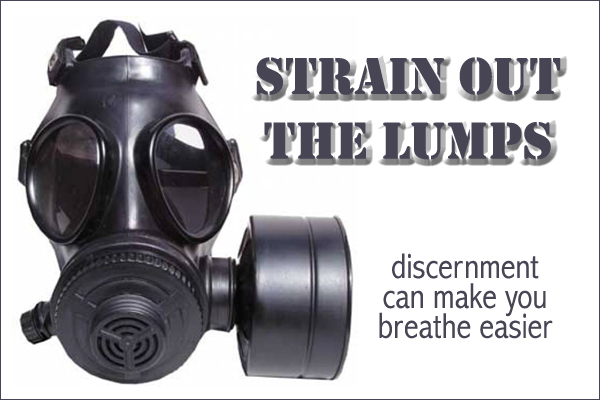 a companion piece to Theological Face-palm

But this is neither a book review, nor directly about anything Bill Jackson wrote.

Reading Jackson’s manuscript — as I supplied edits, suggestions and push-back (constructive critique) — simply got me thinking about church history (which I’m also fascinated by), and particularly how we view “moves of the Holy Spirit” throughout history. And about our tendency to practice “selective hearing” when it comes to the historical data.

There have always been (at least) two prevalent approaches to studying the Holy Spirit in church history.

In historical hindsight, it doesn’t take a rocket scientist to notice that during virtually every recorded “revival”, there were abuses, excesses, moral failures, and usually (if not always) really, really bad theology — sometimes called “false teaching” — that were as prevalent as any spiritual gifts, physical manifestations, and reports of healing.

Cessationists point to the problems, excesses, and false teachings as proof that any so-called move of the Holy Spirit was, in fact, a fraud. (Which, conveniently, reinforces their cessationist worldview.) Their answer to the historical evidence is: “Yes, but…” Yes, it may have looked like a move of the Spirit, but the bad fruit clearly demonstrates that it wasn’t.

Continuationists put a greater emphasis on the power of God — the healings, the prophetic words, the passion for worship — as proof that these moves of the Spirit were genuine. Their answer to the historical evidence is also: “Yes, but…” Yes, there were excesses, abuses, and false teachings, but the good fruit clearly demonstrates that it was a genuine revival/move of the Spirit.

AND there were problems: