If Adam was good, why did he sin? 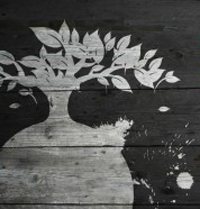 It is always interesting to watch people’s faces when you remind them that Adam sinned without a sin-nature. Typically, when talking about why people sin, the average Christian’s response is — “Because we all have a sin-nature, inherited from Adam” (cf. Rom. 5:12, Ps. 51:5)

But the sin-nature answer doesn’t work with Adam and Eve.  When God’s creation of the image-bearing humanity (male and female) was complete, the Bible says…

So God created man in his own image, in the image of God he created him; male and female he created them… And God saw everything that he had made, and behold, it was very good. (Gen. 1:27, 31a – emphasis added — obviously!).

So, if Adam was good (very good!), then why did he sin even without a sin nature?

There are lots of ways to approach answering this question.

Divine determinism — Which would, at the end of the day, need to conclude that Adam sinned because God wanted him to sin, and determined in advance that he would, and…

Free will — Which would essentially conclude that Adam sinned because… he wanted to sin, so he sinned.

I’d rather attempt to approach the question in light of biblical theology. Considered in front of the backdrop of the Bible’s larger story (e.g., through the lens of Biblical Theology) the question (and prospective answers) are much more interesting.

As a starting place, consider Geerhardus Vos‘s discussion of the question in his amazing book, Biblical Theology of the Old and New Testaments. Vos writes:

Man had been created perfectly good in a moral sense. And yet there was a sense in which he could be raised to a still higher level of perfection. On the surface this seems to involve a contradiction. It will be removed by closely marking the aspect in regard to which the advance was contemplated.  The advance was meant to be from unconfirmed to confirmed goodness and blessedness; to the conformed state in which man could no longer sin, and hence could no longer become subject to the consequences of sin. Man’s original state was a state of indefinite probation: he remained in possession of what he had, so long as he did not commit sin, but it was not a state in which  the continuance of his religious and moral status could be guaranteed him. [1]

I will say here that Vos’s theological conclusion (though he might scowl at me with disapproval for saying so) most fits with the philosophical counterpart that Adam chose to sin in the face of a free, real, and substantive moral choice between doing good and doing evil, and not because God rendered it certain that he would sin before Adam was created — making God the author of sin — (though God certainly knew that he would sin before creation began).

But beyond this, Vos’s differentiation between goodness that is confirmed and that which is unconfirmed is incredibly helpful to the question of how a good man without a sin nature could sin. I have adopted this language elsewhere, and concluded (with echoes of Vos’s conviction) that…

The story of Scripture moves forward in Genesis 3. Here, the image-bearing couple is faced with an opportunity to actively and substantively confirm their prior proclaimed goodness by (1) serving only God and God’s purposes, (2) rejecting the temptation to put God to the test, and (3) refusing to live by food alone, but also by every word that proceeds from God’s own mouth. In this they fail, and make a decision to instead collaborate with subversive and anti-God powers. In doing this they relinquish and abdicate their royal rule over creation, and submit themselves to a fallen messenger. The tree of life that was able to renew them is closed to them, and they are ushered out of their place of communion with God and their vocation. Access to the life they once enjoyed is sealed and closed to them, and they enter into a long process of deterioration and eventual death.[2]

So far, the short answer to the “why?” question is two-fold:

1. Adam wanted to sin when given the choice, and

2. He was still capable of sin because though he was very good, his goodness was unconfirmed and therefore probationary.

The idea of sin-nature is clarified by this perspective because the first couple pass their (forgive me) Confirmed Not-Goodness on to successive generations who continue to confirm human brokenness in their own offspring. Thus, only when human goodness (e.g. complete obedience to the will of God) could be confirmed, even in the face of (and perhaps the experience of) death, would humanity become un-Adamed, and raised up to what Vos called a “higher level of perfection.” For instance…

We can think theologically and practically about some of the implications of this entire post (but especially the last paragraph) down in the comments. Jump in!