Should we try to understand evil — or should we do something else about it? 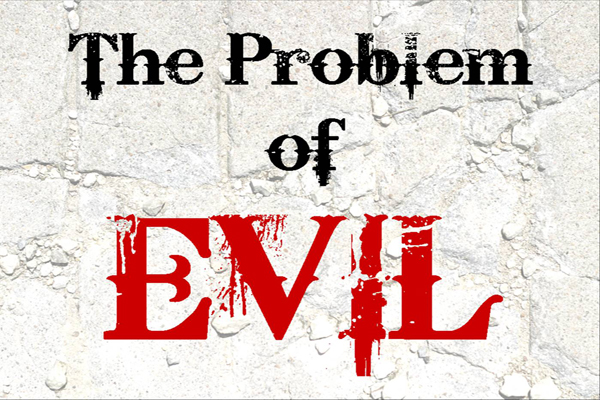 All these questions point to the biggest challenge to Biblical faith and belief in the all-powerful, all knowing, everywhere-present (as He is presented) God of the Bible.

If God is good, powerful, present, sovereign, and knows all… then why does evil flourish, and why is there so much suffering in the world?

Behind the question is the desire to understand evil, to make sense of it, to try to wrap our heads around it, find explanations for it, and then… do something about it. It is as if we are telling ourselves… “If I could just understand where it came from, why it’s happening, and the ultimate purpose for it, I could be at peace.”

Christopher Wright proposes that the Bible never truly makes sense of evil so that we can understand it — and for a very good and important reason. He writes: 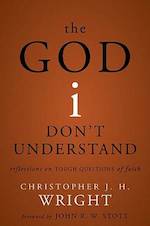 It is a fundamental human drive to understand things. The creation narrative shows that we have been put into our created environment to master and subdue it, which implies gaining understanding of it. To be human is to be charged with ruling creation, and that demands ever-growing breadth and depth of understanding the created reality that surrounds us. The simple picture in Genesis 2 of the primal human naming the rest of the animals is an indication of this exercise of rational recognition and classification. Our rationality is in itself a dimension of being made in the image of God. We were created to think! We just have to investigate, understand, explain; it is a quintessentially human trait that manifests itself from our earliest months of life.

So then, to understand things means to integrate them into their proper place in the universe, to provide a justified, legitimate, and truthful place within creation for everything we encounter. We instinctively seek to establish order, to make sense, to find reasons and purposes, to validate things and thus explain them. As human beings made in God’s image for this very purpose, we have an innate drive, an insatiable desire, and an almost infinite ability to organize and order the world in the process of understanding it.

Thus, true to form, when we encounter this phenomenon of evil, we struggle to apply to it all the rational skill—philosophical, practical, and problem-solving—that we so profusely and successfully deploy on everything else. We are driven to try to understand and explain evil. But it doesn’t work. Why not?

God with his infinite perspective, and for reasons known only to himself, knows that we finite human beings cannot, indeed must not, “make sense” of evil. For the final truth is that evil does not make sense. “Sense” is part of our rationality that in itself is part of God’s good creation and God’s image in us. So evil can have no sense, since sense itself is a good thing.

Evil has no proper place within creation. It has no validity, no truth, no integrity. It does not intrinsically belong to the creation as God originally made it nor will it belong to creation as God will ultimately redeem it. It cannot and must not be integrated into the universe as a rational, legitimated, justified part of reality. Evil is not there to be understood, but to be resisted and ultimately expelled. Evil was and remains an intruder, an alien presence that has made itself almost (but not finally) inextricably “at home”. Evil is beyond our understanding because it is not part of the ultimate reality that God in his perfect wisdom and utter truthfulness intends us to understand. So God has withheld its secrets from his own revelation and our research.

Personally, I have come to accept this as a providentially good thing. [1]

The Bible does seem to answer other questions, like… How does God feel about evil, what has he done about it, what is he doing about it, and what will he do about it in the future?

How should we respond to evil?

So our position toward evil right now must be the same as God’s.

We hate it too.

We cry and lament when we see it and when it comes near to our lives.

We prayerfully cry out to God, agreeing with Him that something should be done about it because it just doesn’t fit with how things ought to be!

Then — We work against it in partnership with God, and we do so with a Biblical imagination– working toward the image of the very good creation of Genesis 1:31 and Revelation 21:1-5 (read it).

It does not belong here.

We instead work toward the world envisioned in the Bible while we partner with God to bring this about through the renewing work of Jesus!