Thoughts on Leaving Your Church… 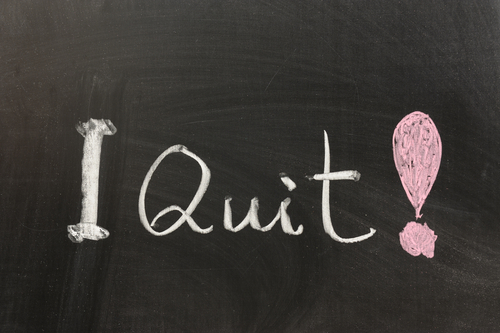 Jason Isaacs has written a very interesting post on “How to tell your pastor you’re leaving the church.” Wow, some very transparent and honest thoughts. He has four words of advice:

Jason gets to the heart of the matter when he acknowledges how deeply personal this can be and writes,

“Your pastor loves you. That’s why it hurts so much. He prays for you, and even though there are times he doesn’t like you, or you frustrate him, God has given him a burden for your soul, and when you leave you are ripping out a part of it. They understand that people are going to leave, their leadership and the church aren’t perfect, and you aren’t trying to be hurtful. Regardless, go about it like you’ve got the tweezers and you’re playing Operation — very carefully.”

I appreciate his words of advice. With over seven years of lead pastor experience, I can relate to much of what he says here. In fact, I can only think of about four people/families who have come to me and informed me that they were leaving the church I serve. Of those, only one stands out as having been helpful to me.

I previously discussed Jason’s point about not being fed and I agree with his statement regarding not using God as a scapegoat for someone’s leaving. That’s like when I ask people if they can help me stack some chairs and they tell me they need to pray about it. Really? God is going to tell you right now that you shouldn’t help me stack five chairs? I’d much rather you just tell me you can’t. Don’t blame if on God!

And that brings me to an observation: most people are cowardly when it comes to leaving a church. Uh oh, I used the word “cowardly.” Maybe I should have written that most people are either “afraid” or “confused” about how to do this. Well, I believe that to be true too. Being a coward isn’t necessarily the most politically correct way of stating it, but it describes well what I think generally is happening.  A coward is a person who lacks the courage to do or endure dangerous or unpleasant things. That’s basically what we’re talking about here, right?

Here are three things we can do to help the people we serve develop an attitude that leans more towards bravery than cowardness:

(1) Create an “open door” environment. I’ve found that many people in many churches feel as if their pastor is unapproachable. This isn’t always due to the way that pastors carry themselves, obviously, but it is something we can try to help provide. This can be done by asking people to regularly give you feedback and to work hard at listening to them and making changes where appropriate. If people feel like they can approach you about difficult issues, it may help when they are starting to feel on the edge of leaving. This is where I’d push back a bit on Jason’s second point. Not everyone ends up leaving when they start praying about it or when they discuss it with a pastor. While I haven’t had a lot of people come and tell me they were leaving, I have had conversations with people who I found out where entering into the “point of no return” and was able to help them work some things out.

(2) Maintain an “open door” environment. Many pastors are great at creating culture and starting things but really struggle to maintain what they are doing. I’ve struggled with this many times. We go out the gate strong but half way around the track, we fall to the wayside. This is especially crucial if we want to do more than give people the impression that we used to have an open door policy. Therefore, I encourage you to keep the communication lines open and regularly have you and your church leadership check to see how things are doing as well as to reiterate that this is an important value for you.

(3) Point them to Jesus as the source of peace, strength, and boldness. This is honestly the most important of the three. People tend to be cowardly and fearful and full of anxiety because they are holding onto some things that they need to turn over to God. When we constantly remind people of how Jesus helps us through these issues, we can short circuit some cowardly ways of interacting, not interacting, etc.

To be clear, I do not believe that everyone who leaves churches is cowardly and there are certainly some situations that I would totally agree do not require that you need to schedule a meeting with a pastor. But there are a lot of great pastors out there who are either misunderstood or misrepresented that should have a chance to interact a bit on why people are leaving. Like Jason so wisely writes, pastors who serve Jesus well will love you and care deeply about you.