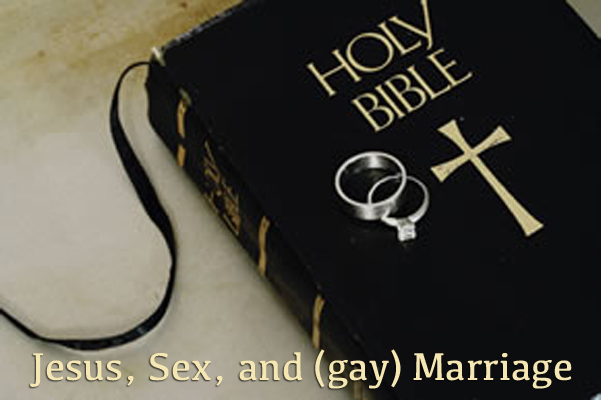 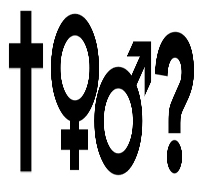 “Hey, people in the Bible had many wives, and some of them even slept with servants and committed adultery – and these were supposedly men of God.  So – how can you say the Bible teaches one man and one woman when Abraham, the father of faith, and David, the man after God’s own heart didn’t live out this model of marriage?”

First, I’d have to say that Abraham and David didn’t live out God’s ideal for marriage. In other words, they disobeyed God.

The Bible is not prescribing anything about polygamy or adultery by telling us about David or Abraham or Solomon.  It is describing what they did.  Now, if the Bible said, “Abraham used his wife’s servant Hagar in order to fulfill God’s promise of a son – go thou and do likewise all ye who read the words herein,” then we could use Abraham’s actions as a “prescription” and not just a “description.”

What does this mean? It means you can find sinful people, and stories about how they did things that were against God’s ideals all through the Bible. In other words, you can find people just like the rest of us in the Bible.

But what about Jesus?

Many marriages, and many aberrations of marriage are described (not prescribed) in the Bible.  So the question that often gets asked is… “What about Jesus?” What did he say about marriage?”

This week I watched a popular “news” person tear into a Bible scholar on live TV with the assertion that Jesus never said a single thing about homosexuality being a sin, followed by the question, “So why are you saying that your view against gay marriage is Christian (insert angry self-satisfied “I just owned you” look right here)?!”

Back in 2008, Newsweek writer Lisa Miller did a piece (edited in 2010) on this very issue where she wrote (among other things)…

“…the Bible and Jesus say many important things about love and family, [but] neither explicitly defines marriage as between one man and one woman.

Miller says other things in the article about Jesus and marriage too, like:

“Jesus himself was single and preached an indifference to earthly attachments—especially family.”

“The biblical Jesus was—in spite of recent efforts of novelists to paint him otherwise—emphatically unmarried. ”

“Jesus never mentions homosexuality, but he roundly condemns divorce (leaving a loophole in some cases for the husbands of unfaithful women).”

“Jesus reaches out to everyone, especially those on the margins, and brings the whole Christian community into his embrace. The Rev. James Martin, a Jesuit priest and author, cites the story of Jesus revealing himself to the woman at the well— no matter that she had five former husbands and a current boyfriend—as evidence of Christ’s all-encompassing love.”

Quoting James Martin again — “…if Jesus were alive today, he would reach out especially to the gays and lesbians among us, for “Jesus does not want people to be lonely and sad.”

For the rest of this post, I want to interact with (and push back on) these ideas, though I invite your interaction and dialogue about my conclusions in the comment section. There may be much more that needs to be discussed.

#1 – Jesus never defined marriage as one man, one woman.

Jesus went on to use the language, “…the two shall become one.”

Jesus quoted the text of Genesis 2:24 as the foundation of His teaching on marriage.  This is the biblical doctrine of “origins.”  Jesus even used the clause “from the beginning it was not so” when talking about divorce.

What does this mean?  It means that in the teaching of Jesus, if you want to have a true and pure understanding on the ideals of marriage, you go to “the beginning.”

This is also echoed by the Apostle Paul in his teaching on marriage in the book of Ephesians 5:31.  What you have in Genesis is one man, one woman, and a God-sanctified marriage covenant that, according to Jesus, is intended to last a lifetime (Mat. 19:8).

#2 – Jesus never specifically mentioned Homosexuality in His teaching on Marriage, so we should not make a big deal about it either.

People love to do this with Jesus. Unfortunately, it’s a logical fallacy, and it would be incredibly inconsistent and even destructive to do this with zillions of other things that Jesus doesn’t mention either. Imagine someone doing that to you. You didn’t say anything about one element of a subject, so that means that you don’t care or have an opinion about it.

The fact is, Jesus doesn’t have to dis-affirm anything in order to affirm God’s original intent for marriage. To suggest that he does would be kind of like a child asking “Hey mom, what’s for dinner?”  Mom answers; “Roast beef, but NOT turkey, not pizza, not pudding, not sub-sandwiches, not corn on the cob, uh – not chili, oh goodness, – I don’t want to leave anything out, um, not lasagna.  I sure hope I mention everything that is NOT for dinner so you won’t be confused about what IS for dinner.”

By affirming “what was from the beginning” Jesus is defining marriage in God’s ideal terms!  Jesus doesn’t have to disaffirm anything (which would be impossible since there are so many aberrations and the list just keeps growing). He only has to affirm one thing – and Jesus did that. So that idea that Jesus didn’t mention homosexuality somehow meaning that it wasn’t a point of human brokenness is a fallacy.

#3 – Jesus was never married, so he was obviously indifferent to marriage.

The argument goes like this:  Jesus, by not getting married, was minimizing the relationship in favor of a more general value of “love.”  However, in a very general sense Jesus explained why he was not married (and why, for that matter, he didn’t do a lot of other things during his lifetime):

According to Paul’s teaching, marriage for Jesus (and even himself) would have been a distraction because…

But a married man is concerned about the affairs of this world—how he can please his wife— I Cor. 7:33

For the record, here are the verses that depict a future marriage relationship between Jesus and the Church…

Paul the Apostle said that the human marriage relationship of one man and one woman is the mysterious symbol of the ultimate consummation of the ages – Jesus (the bridegroom/male) and the Church (the bride/female).

There can be no more clear indication of God’s ideal design for marriage than the imagery and symbolism tied to the culmination of the ages in Jesus’ relationship to the Church.  Paul’s teaching in Ephesians actually stresses beyond doubt that a one-man + one-woman relationship based on love, submission, and respect is the best analogy of the kind of relationship Jesus wants with His church.  Indeed, it is the kind of relationship he will have with her for eternity.

#4 – Jesus reached out to, and accepted people into his circle who did not fit the “traditional marriage” model.

Two case-studies of this position are often brought up when talking about Jesus and marriage. The first is the Samaritan woman at the well (see John 4).  The second is the woman caught in adultery (see Jn. 8:1-11).

What can we make of these two stories?  Is it something like…

Jesus speaking: “Hey, there’s a serial-divorcee, and an adulteress.  I’m going to invite them to become members of my circle of people just so I can show people that I accept people like this.”

Yes! The truth is that Jesus was reaching out to them, but not without a call to leave their sexual/relational dysfunction behind them.  It’s true that “Jesus accepted people” but remember he also called people to accept Him as LORD of their lives, which is initially done through repenting of the sins that pull us outside the bounds of God’s created order for our lives, whatever those sins might be (including adultery and homosexuality).

One need only look at how the first Apostles called people to Jesus in order to affirm this.  The first evangelistic message in the Bible culminates with the words, “Repent…every one of you…” (Acts 2:38).

What’s the point here?  Simply this:  Jesus reached out to two women with similar types of sexual/relational dysfunction in their lives.  He promised that he loved them, he forgave them, he could fulfill them, and that they should turn away from their sin as a true evidence of their desire to be in relationship with Him.  This is the opposite of a belief that Jesus wants a church full of people who go on sinning, who embrace their sexual sin as normal, and who can comfort themselves by being accepted by Jesus who does not condemn them.  Nothing could be further from the truth.  Jesus called them to himself, in part, by calling them out of their particular brand of sexual sin (see also 1 Cor. 6:9-11).

James Martin is quoted as saying “Jesus didn’t want people to be sad and lonely,” so he reached out to them. I could not agree more!  And Jesus would do with them just what he did with the Samaritan woman and the adulteress.  He would call them to himself by calling them out of their sin and into a new life.  Again, this is echoed in what the early Apostles understood when they themselves called people to follow Jesus (see 1 Tim. 1:8-11 for an example).

How did Jesus define reaching out to people? He said, “I have not come to call the righteous, but sinners to repentance” (see Luke 5:32).

In this sense, we could say that our churches should be full of ex-sinners who have become Jesus-followers!