Welcome to week four of Wednesday’s With Barth! We decided that my posts would be more reader friendly if I posted something shorter with a little bit more of what I thought about what I read. That scares me to death but I will try! I am not a scholar and Barth says some stuff that is far over my head. Here are some of my thoughts from my reading this week. Please be gentle with me if you think I am way off. I would LOVE to have your feed back. If you’re a Barth scholar throw me a bone here and I will be blessed! 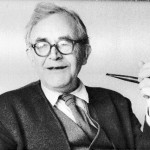 “We may sum all this up in the statement that God reveals Himself as the Lord. This statement is to be regarded as an analytical judgment. The distinction between form and content cannot be applied to the biblical concept of revelation. When revelation is an event according to the Bible, there is no second question as to what its content might be. Nor could its content be equally well manifested in another event than this. Although, in keeping with God’s riches, revelation is never the same but always new, nevertheless as such it is always in all circumstances the promulgation of the βασιλεία τοῦ θεοῦ (kingdom of God), of the lordship of God. And how can the promulgation of this βασιλεία (kingdom) be made except through what we call revelation here? To be Lord means being what God is in His revelation to man. To act as Lord means to act as God in His revelation acts on man. To acquire a Lord is to acquire what man does in God when he receives His revelation—revelation always understood here in the unconditional sense in which it encounters us in the witness of Scripture. All else we know as lordship can only be a copy, and is in reality a sad caricature of this lordship. Without revelation man does not know that there is a Lord, that he, man, has a Lord, and that God is this Lord. Through revelation he does know it. Revelation is the revelation of lordship and therewith it is the revelation of God. For the Godhead of God, what man does not know and God must reveal to him, and according to the witness of Scripture does reveal to him, is lordship. Lordship is present in revelation because its reality and truth are so fully self-grounded, because it does not need any other actualisation or validation than that of its actual occurrence, because it is revelation through itself and not in relation to something else, because it is that self-contained novum (new thing), Lordship means freedom.”*

It is interesting how much our hermeneutical methods, systematics and sermonizing can “lord over” Lordship. Rather than allowing God to be free to reveal in our proclamation of who He is in Jesus Christ have we have been taught to systematically nozzle the event of revelation? We might even say Jesus is Lord with our tongue and then tame that concept with our structures and three point outlines (or at least I do). If revelation is an event it seems that “getting out of the way of the text” by finding its content (exegetically) is not enough. It seems getting out of the way of the text is reading it so others can hear it.  Is God Lord in revelation or not? When Barth says… “To acquire a Lord is to acquire what man does in God when he receives His revelation—revelation always understood here in the unconditional sense in which it encounters us in the witness of Scripture.”…there is so much we can change about how we church and in turn who is welcome to come and hear. If a lost person were to come into our congregation are we acting as double lord over the witness of the text by demanding them to change under our cultural church systems of “lordship” long before the awesome power of revelation takes place in their lives? Or are we expecting Lordship to happen in the life of an image bearer as a product of God’s revelation and His will? Perhaps Romans 10:1-17 is our text for today.

Romans 10 1 Dear brothers and sisters, the longing of my heart and my prayer to God is for the people of Israel to be saved. 2 I know what enthusiasm they have for God, but it is misdirected zeal. 3 For they don’t understand God’s way of making people right with himself. Refusing to accept God’s way, they cling to their own way of getting right with God by trying to keep the law. 4 For Christ has already accomplished the purpose for which the law was given. As a result, all who believe in him are made right with God. 5 For Moses writes that the law’s way of making a person right with God requires obedience to all of its commands. 6 But faith’s way of getting right with God says, “Don’t say in your heart, ‘Who will go up to heaven?’ (to bring Christ down to earth). 7 And don’t say, ‘Who will go down to the place of the dead?’ (to bring Christ back to life again).” 8 In fact, it says, “The message is very close at hand; it is on your lips and in your heart.” And that message is the very message about faith that we preach: 9 If you confess with your mouth that Jesus is Lord and believe in your heart that God raised him from the dead, you will be saved. 10 For it is by believing in your heart that you are made right with God, and it is by confessing with your mouth that you are saved. 11 As the Scriptures tell us, “Anyone who trusts in him will never be disgraced.” 12 Jew and Gentile are the same in this respect. They have the same Lord, who gives generously to all who call on him. 13 For “Everyone who calls on the name of the LORD will be saved.” 14 But how can they call on him to save them unless they believe in him? And how can they believe in him if they have never heard about him? And how can they hear about him unless someone tells them? 15 And how will anyone go and tell them without being sent? That is why the Scriptures say, “How beautiful are the feet of messengers who bring good news!” 16 But not everyone welcomes the Good News, for Isaiah the prophet said, “LORD, who has believed our message?” 17 So faith comes from hearing, that is, hearing the Good News about Christ.

I think Barth is correct here when he says… “Lordship is present in revelation because its reality and truth are so fully self-grounded, because it does not need any other actualisation or validation than that of its actual occurrence, because it is revelation through itself and not in relation to something else, because it is that self-contained novum (new thing), Lordship means freedom.”

If the will of God in revelation is free to produce Lordship from Scriptures witness then why are we expecting fish to already be cleaned and gutted when they find themselves in the kingdom fishing net of the Church? Or perhaps we would like them to join a discipleship system rather than a simple read through Matthew, Mark ,Luke and John? Why can’t we rest as kingdom members with comfortable expectation that revelation is an event and an encounter that will produce lordship through the power of the Holy Spirit under the ministry of proclamation (Jesus Christ) to whomever the Lord wills? The event of true revelation ought to produce true freedom in the heart of a sinner who clings to it by faith as Luther said… “A free will desires nothing of its own. It only cares for the will of God, and so it remains free, cleaving and clinging to nothing.”

What do you think Barth is saying here… am I close?

What would you add?

What did you read this week that made you think?

Book I.1: The Word of God as the Criterion of Dogmatics; The Revelation of God