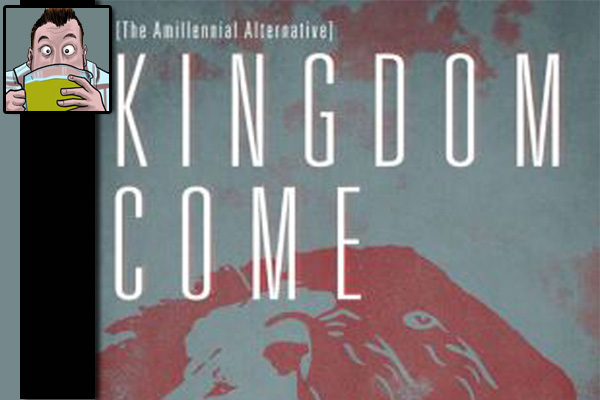 In our first look at Sam Storms’ Kingdom Come, we considered his five foundational hermeneutical principles. We now turn to chapters two through five, which are as follows:

Storms starts by providing a very good description of what most would consider classic Dispensationalism, which is likely the popular eschatological position in American churches. After noting the actual seven “dispensations” that Dispensationalists are known for, Storms makes the following statement:

“… it is the distinction between Israel and the Church and the purposes God has for each that sets Dispensationalism apart from other eschatological systems” (p.51)

This is the sine qua non of Dispensationalism in its classic form. Storms does a good job of fleshing out other distinctions beyond the “two people’s of God” view such as the Pretribulational Rapture and the Dispensational Chronology. One can tell that Storms was trained by leading Dispensationalists (while at DTS) and that he’s familiar with their publications. He closes this chapter by discussing Progressive Dispensationalism, though I think some advocates of PD may take issue with how short his interaction is. While I’m not an advocate of PD, I’d think that scholars like Bock, Blaising, and Saucy would want to push back on how casually he dismisses their attempt to improve upon the Dispensational approach to eschatology. That, of course, is for future responses by those scholars.

For me, Storms’ work on Daniel 9 is worth reading because it’s so vastly different than the common Premillennial reading and also very intriguing. As one who has traditionally held to Historic Premillennialism, it’s quite different than what I’ve always held to and far more understandable (and convincing) than what I’ve read in the past from non-Premillennialists. Of course, there’s some speculation in Storm’s proposal, but I believe it should be given a fair reading by non-Amillennialists. This includes his critical interaction with Dispensational approaches to Daniel and his positive focus on how we can turn to Daniel in our understanding of biblical eschatology. I need to spend more time reading Daniel with Storms as a guide in order to assess whether it’s more convincing than what I’ve read in Ladd. Much to think about! Exciting!

The last chapter we’ll consider in this review is “Problems with Premillennialism.” Storms lists what he calls “problems” with Premillennialism, and they are not just with Dispensationalism but also with Historic Premillennialism. After noting some ideas that Premillennialists have to believe as a consequence to their position, he lists the following texts as problematic for Premillennialism: 1 Cor. 15:22-28, 50-57, Rom. 8:18-23, 2 Pet. 3:8-13, Matt. 25:31-46, 2 Thess. 1:5-10, and John 5:28-29. Readers will need to consult his exegesis to determine whether it is convincing, but in this reviewers mind, his problems need to be considered. Finally, in this chapter Storms addresses the argument that all of the early Patristic sources indicate that Premillennialism is the “oldest” view. He points to Alan Patrick Boyd’s thesis, “A Dispensational Premillennial Analysis of the Eschatology of the Post-Apostolic Fathers (until the Death of Justin Martyr),” as evidence that this is not the case. This challenges what I’ve ready in just about every book on eschatology and needs to be researched more. Perhaps, as Storms implies, there’s a lot of assumptions going on in eschatological circles! In fact, Storms cites Clement of Rome, Ignatius of Antioch, Polycarp of Smyrna, Hermas, and the author of 2 Clement as not Premillennial. I would love to get a copy of Boyd’s thesis (looking into it!). One thing to note about this section is that, again, Storms’ focus is primarily on Dispensational Premillennialism, not the variety advocated by Ladd known as Historic or Classic Premillennialism. However, many of the criticisms apply.

In our next review, thanks to Christian Focus, we’ll turn to Storms’ ideas on “Replacement” Theology and the eschatology of Jesus as is found in the Olivet Discourse. See you soon!