The Gospels are not Jesus’ life-history. They’re Gospels! 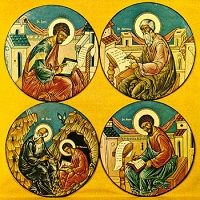 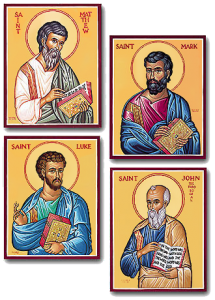 “Mark’s Gospel is not merely a record of historical events. It is a literary work in which theological perspectives and even ‘hidden meanings’ are embedded in, but often not made explicit by, the narrative.” – Dr. Tim Geddert

This post will focus on Mark’s Gospel (though the same could be said of all the Gospels). They contain history, but their genre is not history. Their genre is Gospel. Thus I generally agree that none of the Gospels, including Mark is merely a record of historical events. This is not to say that I don’t think the events in Mark’s gospel actually happened, but that they did happen, and “here’s what they mean.”

The emphasis in a gospel is not on whether or not things happened. That they happened is assumed, and therefore, taken for granted. The emphasis is on the significance of the event in the bigger message that the gospel-writer is trying to share. Reporting history does not always interpret history by giving the reason that an event took place. Not so with gospels! Gospel writers carefully chose various aspects of the life of Jesus, and pieced them together in a way that would be heard as good news to those who read their work.

This past week, while I was listening to a sermon on Mark’s gospel, the preacher said in his introduction:

“We are studying together the marvelous history of the life of Jesus Christ in the Gospel of Mark.”

My immediate response was to talk to the audio recording by saying,

“It’s not a history of the life of Jesus Christ; it’s a Gospel! It’s a message of good news about Jesus.”

The word “gospel” is a message of good news.  I don’t personally have an ounce of doubt that Mark is using historical facts to share his good-news message, but the communication of historical events recorded accurately in their proper chronological order does not seem to be his primary objective.  His objective seems to be to use the significant meaning ascribed to those events and “facts” to share a message that he calls “good news.”

In the opening words of Mark’s Gospel, his introduction of Jesus lays open what seems to be his intentional theological premise.  He begins with

“The beginning of the Gospel of Jesus Christ, the son of God.”

First, Mark frames his writing as a “good news message.”  This is different from writing something like: “A brief history of the life of Jesus Christ.”

Second, the person of whom Mark is writing, Jesus – is immediately presented with the title “Christ.”  This is a direct reference to Israel’s Messiah.  Mark is saying:

“The good news about Jesus is that he is the Messiah, the one anointed by God to bring His reign upon the Earth.”

But there is more!

Third, he ends his introductory sentence with, “the Son of God.”  This is a way of differentiating Jesus from all other humans.  This one is God’s son.

For the remainder of the gospel of Mark, Jesus is presented as a distinctive human who is

(2) able to perceive supernatural realities that are shut away from eyes that cannot see, and

(3) specially affirmed and approved by God,

(4) untainted by sin, and unyielding to every kind of temptation, – and therefore, given access to God’s very presence, and

(5) who will immerse those who follow him into those same spiritual realities.

If Mark were trying to present mere history, he might leave some of these things out, or write about them more objectively by saying things like, “According to Jesus, this is what happened, and this is what Jesus said and thought about his own experiences.”  In that way, Mark would be remaining neutral.  But he does not.  He presents the things that happened to Jesus not as possibilities or perception, but as realities that he himself seems to have no trouble writing down as fact.  These are not merely presented as historical occurrences without interpretation, but they are a theological message in that Mark shares them as realities that he personally embraces and believes.

To me, it is noteworthy to consider what Mark did not include in his good-news message as a way of thinking about his theological conclusions about Jesus.

In Matthew and Luke, there is information about Jesus’ birth and early childhood, but Mark does not include any of it.  It does not make sense to think that he did not have access to it.  In his message about Jesus, those details are not necessary to his point, so he leaves them out.  This would be a problem if we thought of Mark’s gospel as a history book.  But if we see it as a message about Jesus, it makes more sense to see why he excluded those details.

For me, the key to understanding where Mark is headed with his entire story is the first fifteen verses of Chapter one (Mk. 1:1-15).  Jesus knowing who he really is, seeing God’s own Spirit come into him, hearing God’s voice affirm him, and being driven by God Himself into the wilderness to (as I believe) willingly face off with Satan in order to begin the process reversing the curse of Adam began long ago by a demonic temptation in a garden, then ending by proclaiming that “the time has come” – all point to Mark’s message that Jesus is God’s specially anointed Son.

With all this as an interpretive backdrop for things like Jesus healing blind eyes,  opening deaf ears,  and his frequent exhortations about not seeing, not perceiving, and not understanding,  I believe that Mark wants the reader to know that there is a message in his writing that must be embraced in order to be appropriated.

At the end of Mark’s Gospel, there are four texts that highlight the implications of seeing it as a good news message.  Here they are:

Mk. 15:32 – “Let the Christ, the King of Israel, come down now from the cross that we may see and believe.” Those who were crucified with him also reviled him.”

Mk. 15:36 – “And someone ran and filled a sponge with sour wine, put it on a reed and gave it to him to drink, saying, “Wait, let us see whether Elijah will come to take him down.”

Mk. 16:6 – “And he said to them, “Do not be alarmed. You seek Jesus of Nazareth, who was crucified. He has risen; he is not here. See the place where they laid him.

Mk. 16:7 – “But go, tell his disciples and Peter that he is going before you to Galilee. There you will see him, just as he told you.”

In these four texts, there are two references to people who have their minds made up about what they want to “see” Jesus do – or what they need to “see” in order to believe the message about Jesus.  Neither of them are things that Jesus encouraged or hinted might validate his ministry or identity.

Finally, there are two references to the resurrection of Jesus from the dead – and encouragement to “see” that reality as the faith-instilling aspect of Jesus’ identity that they needed to embrace.

To wrap it all up, I believe that Mark is not trying to give his readers a detached objective history about a man named Jesus.  No! He wants his readers to embrace Jesus as “Christ, son of God.”  He includes frequent references to seeing, not seeing, hearing, not hearing, perceiving, and not perceiving. He contrasts this with Jesus who can see (God’s heaven), hear (God’s own voice), perceive (every kind of Spiritual reality – as well as living in dominion over all of them), and live perfectly toward God and people in the world.  In that way, Jesus is presented as the one we should believe in, follow, and submit to.  For those who do this – they will see, hear, and perceive what is now unimaginable.

I’d love your feedback on this. Any push-back on my conclusions? Do you see any dangers in emphasizing the Gospel genre in contrast to the genre of pure history?  Jump in below.