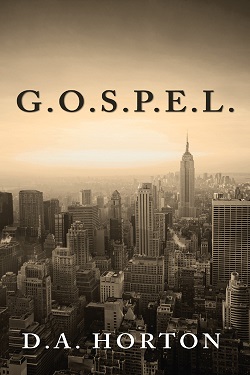 My buddy, the good Dr. Cyril Guerette, recently suggested that I may be hiding my relationship with the hip hop world. In a conversation, he stated that,

“Luke is/was a famous underground rapper who crashed at my place… During that time he proved to be even more into theology than hiphop in our conversations. He went on to become a vineyard pastor with a reformed bent and a theologian who has an awesome blog. i do notice his website does not mention his rapspectacularness at all.”

So, full disclosure for all of you who are new to the blog world: I made/make hip hop music (evidence here). Though I now live in a rural community in the middle of northern Wisconsin, I was once actively involved in underground hip hop. But, as Dr. Guerette has suggested, I ended up being more into theology than in hip hop. So I went from doing music full time to finishing undergrad and seminary and becoming a pastor.

Apparently, I could have stayed actively involved in hip hop and been heavy into theology! Of course, folks at Reach Records (e.g., Lecrae) and Lamp Mode (e.g., Shai Linne) have made this case in their music. Now D.A. Horton has made that case in his book G.O.S.P.E.L.

Horton helpfully explains that in seeking to answer the second question, he’s not referring to the offense of the cross of Christ per the apostle Paul’s Gal. 5:11. Rather, Horton is attempting to address how suburban (i.e., white people) can share the gospel with urban minorities.

Horton believes that if you take these four actions, you’ll become better suited towards engaging people from an urban context with the gospel. These four steps are helpful because they remind readers that the gospel is, truly, for everyone and that there are actions we can take than will increase our effectiveness in communicating with different cultures.

What Horton (and I!) would argue is that we must think about urban culture in the same way that we’d think about contextualizing the gospel for people living in China or parts of Africa or South America. Evangelical missionaries have worked tirelessly towards effectively contextualizing the gospel ever since we learned from folks like David Brainerd and Hudson Taylor, yet we haven’t always been very effective in how we engaged the different cultures among us!

The first chapter addresses the need for the gospel in urban contexts. Horton’s reasoning is that, in his experience, many young people within urban churches are more familiar with hip hop artists and less familiar with the central message of Jesus. Besides simply troubling Horton, he sees the need to communicate the gospel in ways that will engage and encourage young urbanites to become fluent with more gospel.

Throughout the next six chapters, Horton explains the gospel with the following acronym:

One needs to understand that Horton’s short book (seventy-seven pages) is simply trying to show that the gospel must be contextualized for those in an urban culture and how it can be easily contextualized. Each of the letters in his acronym are fairly standard evangelical understandings of the gospel. In other words, there’s not much to squabble over in these short chapters. Horton covers Imago Dei, how Adam and Eve had perfect fellowship with God (and each other), how sin was introduced into our world through the disobedience of Adam and Eve, how sin requires a penalty and that someone has to pay that price, which leads to Jesus who provides us everlasting life if we believe in him. Again, these short chapters are not controversial.

Horton’s last chapter answers the question, “what now?” Here’s where this book becomes pretty interesting. It’s not simply a missional methodology, it’s also geared towards those who have not yet responded to the gospel. This last chapter allows readers the chance to make the decision to follow Jesus and what one should do if they do decide to follow him, specifically to plug into a local church.

Finally, the book closes with the aforementioned thebonical glossary. In Action Step #4, we were told that “thebonics melds Ebonics with theological terms to help those from the inner city better understand the meaning of the Gospel.” This glossary includes a number of terms that many people may be completely unfamiliar with or surprised even exist. If you’ve been around the urban context, you might recognize a few.

Evaluating G.O.S.P.E.L.
There is much to commend about Horton’s book. Any work that’s seeking to break into an often-misunderstood culture is going to, in my opinion, score points just for trying. I realize others have previously written about this subject (Tommy Kyllonen’s Un.orthodox: Church. Hip-Hop. Culture), but the culture is so large and has been largely either ignored or misunderstood for so long that the more theologians and pastors reflect on how to be missional, the better.

I appreciate that Horton does not get side-tracked by secondary issues. Though baptism and issues related to spiritual gifts and the rapture are important, they are not central. Discussions about the gospel must remain central and focus on that which is primary. Horton has done a good job in this area.

Furthermore, Horton clearly has a passion for reaching people from both urban and suburban cultures. In G.O.S.P.E.L. I was constantly impressed by how the message of this book could really help bring these two “worlds” together.

So there is much to commend. In fact, I’d highly recommend this book to anyone who is interested in the subject of urban missional theology, urban contextualization, cross cultural studies, or hip hop. It has plenty to say and is a valuable voice.

Yet I wonder if it would be helpful to differentiate between urban and hip hop culture. Not everyone who lives in an urban context enjoys or even identifies with the hip hop culture. Many do, but not all. I’m afraid that some well intending non-urbanites may pick up a copy of this book and then assume that it presents urban culture as monolithic. Having spent a fair amount of time with many non-white ethnic groups, I can confidently state that there are many black, Hispanic, Asian, etc., people who do not self-identify as being “hip hop heads.” Many do, but not all. Urban does not equate to hip hop. Furthermore, this may have a lot to do with age. As I read G.O.S.P.E.L., I was left with the impression that the primary audience would fit into the younger category. Being that Horton has spent a lot of his time fine tuning the message of his book around youth, this makes sense.

I also have concerns about how some people may read this book and then try and apply it. The thebonical glossary seems to be a mixed bag. It’s clearly not just an “ebonics” glossary, as it includes words that have no connection to “ebonics” that are simply theological words (e.g., atonement, fellowship, justified). It does, however, include a fair amount of “hip hop” language. I’m hopeful that some young white kids won’t read this book and memorize the thebonical glossary and then attempt to talk to their black friends using words and phrases from it. Have you ever heard of the word “poser” or “wannabe” or “wankster”? No? Well you will if you do what I just said.

Those concerns are really not criticisms of the author. They are more reflections on how you should/shouldn’t read G.O.S.P.E.L. and how you could maybe guide others as they read.

Overall, Horton is to be encouraged to continue his work and to write more on this subject. I know that I will recommend G.O.S.P.E.L. to anyone I come in contact with who is engaged in ministry amongst those connected to or interested in the hip hop culture.