Does Jesus’ Cross Inform a Christian View of Violence? 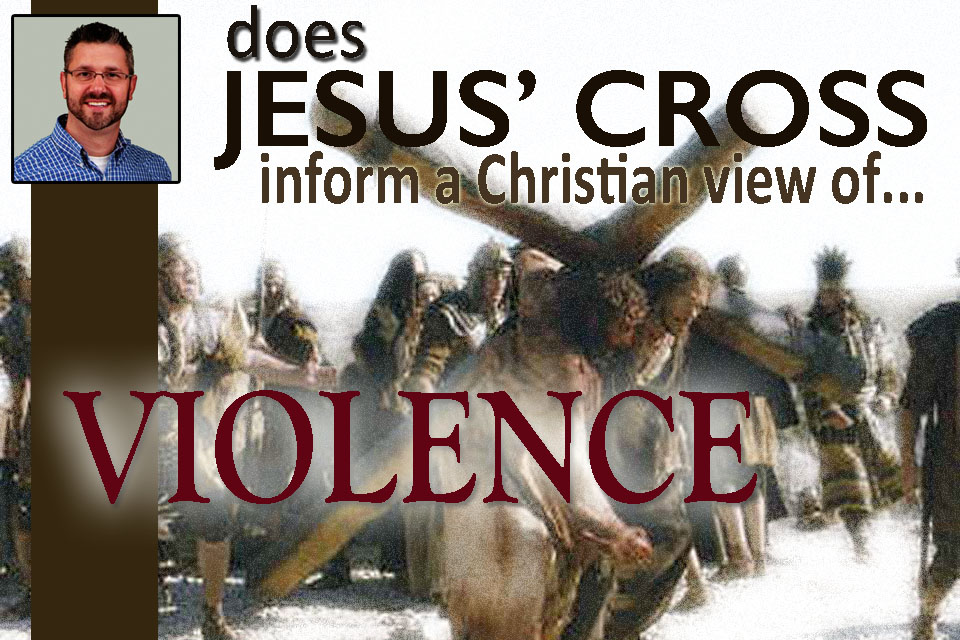 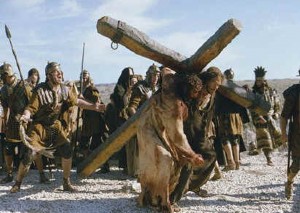 Reflections on the cross of Jesus Christ, and the issue of violence as those who follow the crucified man.

After reading a bit of Miroslav Volf, and some of his work on the Cross of Christ and Human Violence, I am convicted by some of his conclusions regarding what the Cross says about violence.

In particular, it is striking to think of being a follower of Jesus and a participant in (or champion of) violence when Jesus more than seems to be setting a different example as the victim of violence.

For Volf (because of the issues in his own life, and in society at that time), it was important to think about how a particular understanding of the cross of Jesus could help to break the cycle of human violence.

Seeing Jesus’ death on the cross as Jesus’ challenge to violence itself, Volf suggests four considerations:

1. Jesus refused to retaliate, or to return insult for insult.

He refused to use violence to combat violence. This is counter-intuitive in a culture of weapons and war. I’m not sure we know where to begin with this radical perspective.

2. Jesus exposed the injustice of scapegoating

Scapegoating is unjustly victimizing an innocent person as a means of solving bigger problems without taking responsibility.

God himself does not scapegoat!  God, in Christ,takes the punishment for sin upon himself, and bears it willingly.  In that sense, he has not dealt with us according to our sins, but has been gracious! (cf. Ps. 103:2) .

3. Jesus death on the cross is an active response to, and a struggle against the systems and values that attempt to rule the world.

The Cross is Jesus’ opposition to these things, and his way of shaming them – exposing their work of destruction and corruption. Jesus enters the drama where others are acting out their way of being, and demonstrates the ugliness and futility of that way by providing a shocking contrast to it.

4. Jesus is, on the cross, praying for those who are doing evil to him.

He is embracing them. He is praying for them. He is refusing to hate them or respond to them on the basis of their evil, but rather, he responds to them on the basis of God’s steadfast love.  He is living toward them as the world SHOULD be and WILL be, and not as the world is.  His actions provide seeds for our imaginations as we wonder what it would look like if the way of Jesus became the way we all live in the world.

By asking God to grant them forgiveness, he is not minimizing their sin, but is actually pointing it out and stating unambiguously that it is evil, and will require God’s forgiveness.  He demonstrates the heart of God in praying for his enemies.

1. What do you think is difficult about these perspectives?

2. What questions do these conclusions or ideas provoke as you think about your own participation in, or advocacy of certain types of violence as a follower of the man who died on a cross?