The Often Unnoticed Sources of Paul’s Theology (pt. 1 of 3) 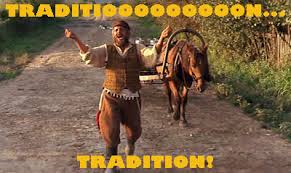 “Let me now remind you, dear brothers and sisters, of the Good News I preached to you before. You welcomed it then, and you still stand firm in it. It is this Good News that saves you if you continue to believe the message I told you—unless, of course, you believed something that was never true in the first place. I passed on to you what was most important and what had also been passed on to me. Christ died for our sins, just as the Scriptures said. He was buried, and he was raised from the dead on the third day, just as the Scriptures said.” (1 Cor. 15:1-4 NLT)

“to acquire information from someone, implying the type of information passed on by tradition—‘to learn from someone, to learn about a tradition, to learn by tradition.’ παρέδωκα γὰρ ὑμῖν … ὃ καὶ παρέλαβον ‘for I passed on to you … what also I had learned from another’ 1 Cor 15:3; ἄλλα πολλά ἐστιν ἃ παρέλαβον κρατεῖν ‘they follow many other rules which they have learned by tradition’ Mk 7:4; καθὼς παρελάβετε παρ’ ἡμῶν τὸ πῶς δεῖ ὑμᾶς περιπατεῖν καὶ ἀρέσκειν θεῷ ‘as you learned from us how you should live in order to be pleasing to God’ 1 Th 4:1.”

Anthony Thiselton says the following concerning the meaning of paralambano in 1 Cor 15:3.

“NJB’s (New Jerusalem Bible) handed on to you in the first place too readily suggests sequence, but does have the advantage of retaining the double meaning which the word first can convey in both Greek and English, depending on its context. REB (Revised English Bible) explicates the relative pronoun ὅ by Eng. the tradition, which was indeed implied by the two verbs (see above and on 11:23), but in view of the mistakenly negative overtones generated by the notion of tradition by those who have not yet been liberated from the worst aspects of Enlightenment rationalism it may be better not to import the word unnecessarily here. Paul does, however, refer to a continuity of handing on and receiving which constitutes, in effect, an early creed which declares the absolute fundamentals of Christian faith and on which Christian identity (and the experience of salvation) is built.”

“Before citing the content of the tradition of faith he preached, Paul establishes that it was something he received and passed on to them like a baton. He stresses the continuity of tradition. “Among the first things” means “the most important things,” or “things of first importance.” What was first in importance was also probably spoken first. The statement that he received the gospel from others is only an apparent contradiction of his declaration in Gal. 1:11–12 that he did not receive the gospel that he preached “from a man,” nor was he taught it, but he received it through a revelation of Jesus Christ. The same verb (παραλαμβάνειν, paralambanein), a technical term for receiving tradition, appears in both passages. In 1 Cor. 15:3–5, however, Paul is speaking only about the facts surrounding Jesus’ death and resurrection. Many agree that he was not an eyewitness to Jesus’ ministry, and these facts were passed on to him by the tradition.3 In Gal. 1:11–12, he does not have in view the historical details on which the gospel is based but the interpretation of what those facts mean. The gospel is not simply a litany of facts, but something much more. It is the message that by grace God has acted decisively to save all humans, Jews and Gentiles, through Jesus Christ alone, apart from the law and human performance. Paul asserts in Gal. 1:11–12 that he came to understand the theological ramifications of Christ’s death and resurrection through a revelation from Christ and did not receive it from another’s interpretation, which his limited contact with the other apostles proves (Gal. 1:15–2:21). Schütz (1975: 111–12) clarifies: “The tradition cannot by itself be substituted for ‘the gospel’ and hence agreement on the tradition does not guarantee that the word is rightly heard and understood.” The Corinthians heard and accepted the tradition about Christ’s death and resurrection, but they did not rightly understand it.”

According to Allistar McGrath our English word “tradition” is derived from the Latin term traditio which can mean “handing over”, “handing down”, or “handing on”. In the 1 Cor 15:3 passage Paul is asserting as Garland says “the facts surrounding Jesus’ death and resurrection” were tradition. Tradition to Paul could be a trustworthy source (of course with limitation) of understanding God i.e theology. I am trying to commit more of my theological reading to tradition, creeds etc because I believe they can carry with them something more than just insight. Tradition can carry with it the facts of how God has moved in the past in and among his people. We must be careful with tradition as we should be with any thing outside of the sphere of Biblical authority. Tradition unlike Scripture but similar to reason and experience can just as easily be negative and apposed to God’s mind toward us as it can be positive. Jesus makes this clear in Matthew 15:1-6 and Mark 7:13.  There is however a “consistent and unanimous testimony” of the early church that should temper the ethos of our orthodox belief and praxis.

In closing take a look at what the Anglican theologian Francis White (1564-1638) says concerning the Puritan and Anglican debate about whether or not the bible could/should be interpreted directly without tradition or the collective teaching of the church through out history.

“The Church of England in her public and authorised doctrine and religion proceedeth in manner following. It buldith her faith and religion upon the sacred and cononical Scriptures of the Holy Prophets and Apostles, as upon her main and prime foundation. Next to Holy Scripture, it relieth upon the consentient testimony and authority of the Bishopes and pastors of the true and ancient Catholic church; and it preferreth the sentence thereof before all other curious or profane novelties. The Holy Scripture is the fountain and lively spring, containing in all sufficiency and abundance the pure water of Life, and whatsoever is able to make Gods people wise unto salvation. The consentient and unanimous testimony of the true Church of Christ, in the Primitive Ages thereof, is canalis, a conduit pipe, to derive and convey to succeeding generations the celestial water contained in Holy Scripture. The first of these namely the Scripture is the sovereign authority and for itself worthy of all acceptation. The latter, namely the voice and testimony of the Primitive Church, is a ministerial and subordinate rule and guide, to preserve us and direct us in the right understanding of the Scriptures.”

Q: What are your thoughts one White’s comments?

Q: What are your thoughts about tradition as a theological influence today in and among Evangelical circles?