Here it is! After over 500 years of arguing about it, I have, here on a blog post – in less than 1600 words –completely resolved the question of the relationship between God’s sovereignty and human responsibility.  You’re welcome!  Er. No…  All joking aside, I’ll endeavor here to do my best to affirm and proclaim at least two things that I do believe (as a starting place), rather than spending all my time dismissing or rejecting what I don’t. You can be the judge of whether or not I succeeded.

Before you conclude that I left stuff out, or didn’t explain everything clearly, or forgot this verse or that – just remember – I only have 1600 words, so we’ll have to work out the rest in the comment section (now I only have 1,292 words left. Yikes!).

#1 – Scripture teaches that God is King.

Arminians are often mistakenly accused of having a low view of God’s sovereignty, and being Pelagians or Semi-Pelagians. That is simply not true. Arminians repudiate those as heresy just as our Calvinist brethren do. It’s just that we don’t define sovereignty like the divine determinists do.  We don’t believe that God has determined every event that has or will ever happen before it happens, though we do believe God knows everything in advance. That’s why, for instance, we pray for the sick to be healed and the lost to be saved. And we don’t believe that this diminishes God’s “God-ness” in any way. In other words, we don’t believe in meticulous providence. But we most certainly do believe that God has decided in advance where all of history will land, and there is no stopping that outcome from happening, for He is God. That’s why, for instance, there’s prophecy in the Bible.

To use an illustration, when an Arminian stubs his toe, he doesn’t praise God and say, “Well, I’m glad that part of your eternal plan and sovereign decree has come to pass and is now behind me!” An Arminian believes that he can stub his toe or not stub his toe. It doesn’t matter one bit with respect to whether or not history will meet the future right where God says it will. In that sense, Arminians are not primarily individualistic about the concept of God’s sovereignty. For us, it is not about God’s plan for me.me.me. It is about God’s plan for all of creation, which can be joined by anyone who wants to be part of it. But joining the plan is always on God’s terms.

On this point the Bible uses the metaphor of “King” with reference to God.  “Aha!” divine determinists say, “If God did not decide in advance everything that will ever happen just as it is happening, then God can’t be the King!” Not so. What kind of King in the Bible decides what everyone in the kingdom is going to do before they do it? Answer: None.  Someone might respond with, “Well, ‘King’ is an anthropomorphism or a symbol or a metaphor. God is not the same kind of King as the kings in the Bible.”  Okay – then why use the word King? Use another word that works better because King in the Bible implies sovereign ruler of a kingdom. It never implies someone who decides in advance what choices or outcomes will take place in everyone’s life under his reign. Sovereignty and King never go together like that in Scripture.

A King is sovereign because he has the right to rule over his realm. He is not sovereign because he gets to determine in advance every action his subjects will take. He might say, “In my kingdom there shall be peace.”  But his subjects can still disobey him and do violence. However, it will mean that the King can banish them from his kingdom because… well, he’s the King, and he gets to say what the kingdom will be like.

God is in charge, but God does not meticulously determine everything in advance. Responding with “Then he can’t really be a King” is not a response based on biblical theology, but rather a misunderstanding of the words “King” and “Sovereign.” It is also imposing philosophy onto words that are better understood with theology.

My point here is that “King” and “Sovereign” do not mean determinism and meticulous providence as the Calvinists want it.  As I’m sure I’ll point out in the comments, my Calvinist friends will need to explain how God is any different from Satan if God determined, in advance, that evil would be part of creation (because he must have wanted evil if everything happens according to His will and decree), rendered it certain, and did so “for His Glory.”

Further, we will need some help with how the same God is any different from Satan if he wants certain people to go to hell, and others to go to heaven – “for his glory.”  Is the difference that Satan wants everyone in hell and God only wants certain ones there?

Moving on to the second point of discussion…

This does not, in any way, mean that my will, or yours, or anyone else’s can thwart or ruin God’s will.  It just means that, like a subject in a Kingdom, a human can go against the will of the King – but not without consequences.  It also does not mean that humans are basically good, can save themselves, or that salvation is the result of grace+works. Arminians don’t believe this!

God, the King, expressed his will to Adam in the Garden. “Don’t eat that fruit on that tree, or you’ll die.” What is this? This is the King saying what he wants from Adam, and the consequences for going against what He says, because God intends the world to function according to His will.

The Bible’s story is, in this light, the story of what God has done, is doing, and will do about the fact that human beings, as free moral agents, have done things in His creation that he never wanted them to do. Embedded in the story are promises about what will happen in the future as a direct result of God’s intention to keep His program on track. You can also find people who tried to cooperate with God, and those who refused to do so, and who resisted the will of God. Again, none of this changes the outcome that God has foreordained for His creation. 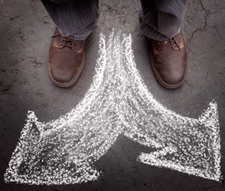 By the way, Adam sinned without a “sin nature.”  There was no “T” in “TULIP” yet, forcing Adam to be “totally depraved,” and thus rebellious against God.  Adam was “Very Good.”  But by his own volition, he did something that was very bad.  Divine determinism wants to tell us that God planned Adam’s sin in advance. Arminians disagree and say, “God knew it would happen, but he did not cause it, nor did he decree it, and nor did he render it certain.”  We also respond to the idea that God planned Adam’s sin with, “Okay, just how much evil did God plan out, fore-ordain, and render certain from before the foundation of the world?”

The fact that Adam did something that God did not want him to do, did not and does not thwart God’s intention to have a very good creation that is governed by an image-bearing human who lives in the world wholly on God’s terms.  God will have that, and that is where the story is headed regardless of what Adam or his rebellious sons and daughters do.

The story of Scripture is the story of a King who rules over his creation, and who creates creatures who bear his image – who can either love him and serve him, or hate him and rebel against him. He does not render certain or decree in advance which response any of them will have, though he knows each one.  The Bible is not telling the story of a God who chooses some to go to heaven, and others to go to hell “for His glory” while simultaneously holding them accountable for the sins that he planned for them to do by determining them in advance as an act of his sovereign will.

Divine determinism is, in my opinion, a system of theology that does not naturally emerge out of the narrative of Scripture.  What does emerge is the story of a sovereign King and his relationship to people invited to follow Him.

I invite you to read the other two contributions to this discussion here and here, and then jump in to the comment threads.