There Will Always Be Critics of Revival 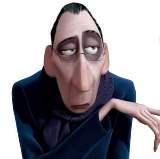 Often, before God sovereignly chooses to pour out His Spirit upon His people, they must become broken and in such despair that their only hope is for God’s presence to come. Nothing else matters. But that desperation rarely is the default position of humanity. God must often bring His people through the valley in order to produce such an awareness. In A God-Sized Vision, Hansen and Woodbridge summarize how this was true for Israel when they write,

“The Israelites had already suffered several tragic periods of spiritual decline, but the book of Judges ends with an especially devastating thud. “In those days Israel had no king; everyone did as he saw fit” (Judg. 21:25). The problem would not be solved by hereditary monarchy, a point so tragically illustrated by Israel’s first king, Saul. The Israelites needed to recognize and acknowledge Yahweh, their one true king. Instead, they persisted in sin. Israel lost the ark of the covenant in battle with the Philistines (1 Sam. 4). Yet no matter what Israel had done, God would not allow this travesty to continue. He demonstrated his exclusive divinity by embarrassing the false Philistine god, Dagon (1 Sam. 5). The Philistines couldn’t wait to return the ark to Israel. Still, the ark languished for twenty years before King David finally brought it to Zion (2 Sam. 6).” (p. 20-21)

Israel most certainly went from “glory” to “despair” in those days. Imagine how the people whom God had sovereignly delivered from Egypt must have felt when they were defeated by the Philistines and lost possession of the ark of the covenant! In fact, we see that the news of the lost ark was so devastating that it caused a man from the tribe of Benjamin to tear his clothes and pour dirt on his head (1 Sam. 4:12) and when the news was brought to Eli, he felt over the side of a wall, broke his neck, and died (1 Sam. 4:18). When his daughter in law heard the news, she went into labor and named her child Ichabod, which means “no glory” or “the glory has left.” Needless to say, it was a bad day for the children of Israel. But God was about to act…

“When the ark returned, Israel experienced the fruit of revival. The entire nation joined their king singing songs of praise to their God. David “danced before the Lord with all his might” (2 Sam. 6:14). During revival, God’s people may break out in emotional demonstrations of thanksgiving. They do not intend to attract attention. But they might prompt skepticism from those who do not share their delight in God. When David led the parade into Jerusalem, his wife, Michal, one of Saul’s daughters, watched him from a window above. “And when she saw King David leaping and dancing before the Lord, she despised him in her heart” (2 Sam. 6:16). Revival doesn’t sweep up everyone, and those standing on the sidelines can become the most outspoken critics. Responding to Michal, David challenged her by displaying his passion for the Lord (2 Sam. 6:21). Revivals may unfortunately spawn extrabiblical experiences that divert attention from God. But spontaneous excitement for the things of God out not discredit revival.” (p. 21, emphasis mine).

As I was pondering this section of A God-Sized Vision, I was struck by how “normal” it is for revival to have critics, and not only critics from a distance, but critics from within. There’s really nothing new when people get upset about renewed excitement for God.

Secondly, I was reminded of how careful we must be to not become modern Michal’s. I would much rather be a “David” than a “Michal.” Wouldn’t you?