What’s with all the Buzz about #APEST? – A Book Review of 5Q by Alan Hirsch 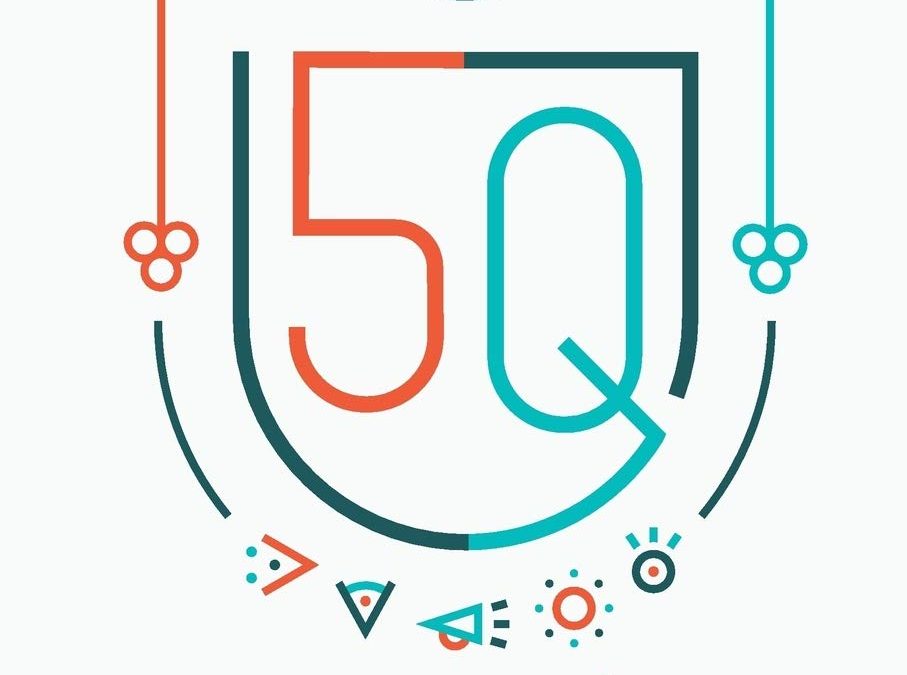 Full disclosure up front: I love Alan Hirsch! He is one of my favorite authors and missional thinkers/leaders. His book, The Forgotten Ways, literally changed my life. But enough about that.

In 2017, I walked out of the Missio Alliance conference with an armful of books, and when I posted a picture of my new stack of missional books on Twitter, Alan replied, ‘let me know what you think’ – well, it took me almost three years, but here it is!

For those who aren’t familiar, the acronym APEST, refers to the gifts given by Christ at His ascension to humanity (Eph. 4:8) – Apostles, Prophets, Evangelists, Shepherds (Hirsch’s preferred term over Pastors) and Teachers (Eph. 4:11).

First things first, Hirsch lays out his case, ever so meticulously, for why APEST matters so critically in the Church. If you read the book you’ll “hear” him harp on this again, and again (and he mentions it in almost every interview, speaking engagement or podcast) that’s its because the APEST gifts are given for the maturity and fullness of the body of Christ ( (Eph. 4:13) – to say nothing of equipping the saints for ministry, building up the body of Christ, and unity of the faith (Eph. 4:12-13). In fact he spends more than the first half of the book, 89 pages of a 175 page book (not. including appendices) building his case for APEST.

And to be honest, I really struggled with this first part of the book, not because it wasn’t interesting or good, but, for me, it just seemed to drag on and on! I think the reason for this is that Hirsch, as he states (or at least intimates) up front, is writing primarily to/for church leaders (see p. xxv, in the Preface). And since I am not only, not in vocational ministry, nor part of the traditional institutional form of church, I am not his primary target audience for this book! And as someone who is already a “fan” of his work and already a believer in APEST (for one thing it aligns nicely with my belief in flat leadership models / a plurality of elders form of church government, I didn’t need to be “sold” on the concept. So I found myself over and over saying, “Alan – I’m with you! Please, get to the point. Give me the ‘here’s how’.”

One more introductory note, and this again is something you’ll see in the book and hear in his teaching – most of our churches in the west are built upon the Pastor-Teacher leadership model. And most of the ministry staff in our churches have some form of the title, you guessed it, “Pastor!” In one of his interviews on 5Q, Alan talks about this using the example of a church that he had come across which had a “Pastor of technology” – what even is that?!? [I believe this link is the correct one for the Exponential podcast including this quote, but either way, you’ll get the gist if you give it a listen].

So on to Section 2, Living the Identities, where he lays out how APEST plays out in the praxis of the local church and its mission. I’ll be honest, there were times when I was bogged down in Section 1 that I wanted to throw in the towel. And I seriously considered recommending in this Book Review that you might just want to skip over Section 1 and go right to Section 2 if like me you’re “already a believer” and just want to get to the meat of how APEST works out in the trenches of real life and ministry of the missional church. But in the end, I’m glad I stuck it out, and will urge you to do the same! The foundation laid in the first half of the book, I believe, made later chapters like The Fivefold Functionality of the Church, Marking the Body, Tools for the Trade, and To Get From Here to There much more meaningful for me.

He really fleshes out his understanding of the individual APEST gifts with tables, charts and lists of the purposes, roles, functions, and callings of the Apostle, the Prophet, Evangelist, Shepherd and Teacher (see ch. 7). There are, not surprisingly, tests one can take online both for individual and groups (I plan to take the individual test soon myself – it’s only 10 bucks).

As far as the appendices go, he makes a pretty strong critique of cessationism as a big part of the problem in Appendix 1. I haven’t seen anything that strong on this topic since reading Derek Morphew’s Breakthrough! There’s also an Appendix (3) on The Exiling of the APEs (which is essentially an extract from his book The Permanent Revolution with Tim Catchim) which explains how we got into our current predicament. Finally, I’ll mention Appendix 2 where Hirsch makes it clear that he does not share “the perception of the fivefold as primarily a hierarchical leadership paradigm” as “found in the New Apostolic Reformation (NAR) movement” as well as within the Pentecostal-Charismatic tradition (p. 183). For Hirsch, APEST are vocational/functional callings, not Leadership “Offices!”

One critique: with all of the detailed work that he put into what was essentially an 89 page analysis of Eph. 4:1-16, I found it interesting and perhaps a little disappointing with the fact that he never dealt with the interesting Greek construction of Eph. 4:11 (“tous men apostolos, tous de prophetas, tous de euanggelistas, tous de poimenos kai didaskalous“) – at least enough to chime in on whether the grammar/syntax in question would pair the last two gifts together (i.e. Pastor-Teachers) or treat them as simply the last two in a list of five (i.e. “Pastors and Teachers). This is mostly just a curiosity (and something I haven’t completely resolved in my own mind either) and doesn’t really take away from the overall strength of the book. Never-the-less, the bottom line is that, throughout 5Q, he treats Pastor and Teacher as separate gifts on par with the other three.

In the end, I really like the book, and would recommend it to you. If you’ve read it (or after you finish reading it) I would love to hear your thoughts on it as well in the comments below.