There’s Something About Mary – My reconciliation with Catholic teaching about Mary, Pt. 1 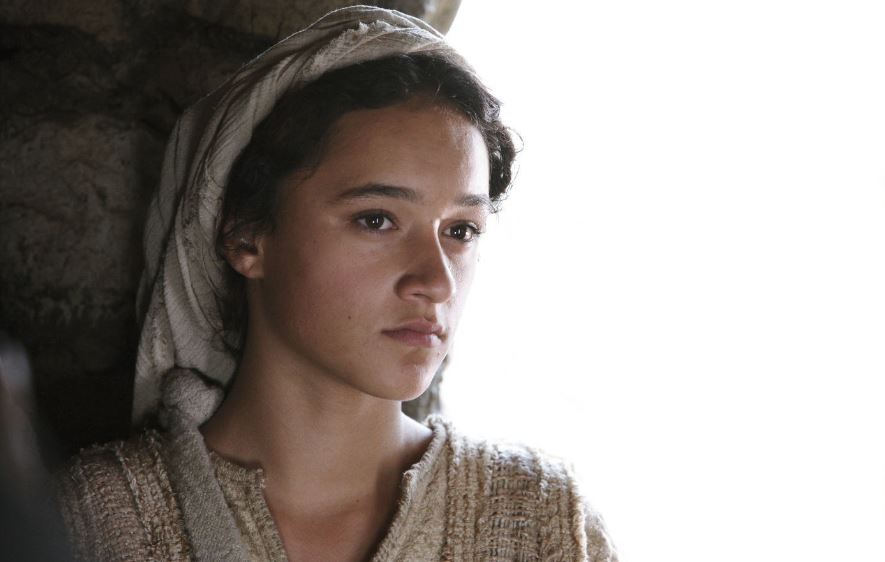 When I explain to people that before I could reconcile with the Roman Catholic Church I had to sort through my own theological issues with Catholicism, they always want to know what the specific issues were. In my case, I had a list of 14 issues. It won’t surprise many readers to know (and they’ll likely be relieved to hear) that at the top of my list were several issues surrounding Catholic understandings, and dogmatic teaching about the Blessed Virgin, Mary.

Before I proceed here I need to say a few things very clearly and simply.

Second, and related; I am an immigrant on a journey into the Catholic Church. I have not been a Catholic for my whole life (Catholics call people born into Catholic families “Cradle-Catholics”). My journey into reconciliation with the RCC began in earnest in June of 2018. Just as it has taken me 33 years to learn to talk about my Christian faith with more precision than I did when I was 18 (and just as it took the Catholic Church 325 years to learn to articulate the Doctrine of the Trinity as it is presented in the Nicene Creed), I hope readers will allow me to grow in my own capacity to articulate things as I understand them. I am thinking about this as I am learning about it, and I am immersing what I have learned into what I had always believed to attempt to come up with a coherent response to the question;

“How can you become Catholic when they believe this, this, and this about Mary?”

At the end of the day, I need to be able to give an answer, even if the way I will talk about it here may be more refined after I have been a Catholic a few more years.

My perspective when I first began to reconcile

With all that out of the way, I will say that at the top of my list of ideas with which I had to reconcile were the Marian dogmas. This was, in fact, where I started in my journey of reconciliation. Not long after we began our journey as a family, we were invited to attend the Feast of the Assumption of the Blessed Virgin Mary at our Parish. A couple of days before the event I remembered that while I was pastoring in California, and teaching through the Gospel of Luke, I preached a couple sermons about Mary. I transferred the digital recordings to my phone and went for a drive one night to listen to them in anticipation of the Mass a couple days later. I listened in horror as I spent 20 minutes in one of the sermons railing against the Catholic teaching on Mary, mischaracterizing Marian theology, mocking Catholics who believe it, and poking fun at the Catholic dogmas in very crass ways (especially as it pertains to the belief in her life-long virginity) in front of several hundred people (some of whom were practicing faithful Catholics who would attend our Church with their spouse while keeping their own commitments to their Catholic faith). As I listened to myself I was shocked, embarrassed, ashamed of my words and my behavior, and I made a commitment to correct what I said as much as I could into the future. This post is part of the correction.

In keeping with my commitment to let the Catholic Church speak for herself, I read the Catechism regarding Mary and several other books (listed at the end of this article) that were immensely helpful to me. If you are curious to hear authoritative voices in the RCC discuss Marian theology, then you will need to move beyond the writings of protesting anti-Catholic critics and listen to the Church’s teachers tell you what the Catholic Church teaches. That is what I have done, and it has helped me greatly.  This post will be (because of length) one of several posts related to how I have worked through reconciliation with, and (please read it) full acceptance and complete agreement with the dogmatic Marian teaching of the Roman Catholic Church.

Here is an outline of the nine things that I believed about Catholic Marian theology before I began my journey. Many of these things are a mixture of what the Catholic Church teaches mixed in with spurious and misinformed lies or mischaracterizations which need to be corrected.

In this post, which will be much longer than it should be, I’ll just reflect on the first one of these nine items because it is often the most common accusation leveled at Catholics, and because addressing all of them will result in a book rather than a blog post, and I’m  not writing a book right now. Plus, all the best books about this stuff have already been written (see the list at the end).

Do Catholics worship Mary or see her as a goddess?

Hear me now and believe me later; there is sometimes a difference between what Joe-Catholic says and does, and what official Catholic teaching says. To say “Catholics believe…” may, in fact, be very different from what the Catholic Church is teaching. So, at this point in my journey, I have all but erased the words “Catholics believe” from my vocabulary, and replaced them with, “The official teaching of the Catholic church is…” It’s an exercise, but I have trained myself to do it. This same dynamic was true when I was pastoring and attending non-Catholic churches too. There we people in every church I worked in or attended who believed and practiced very different things from what may be considered the official teaching of our churches. That will always be the case, and it’s why discipleship and teaching must be done by every generation of Christians. So, if you have heard a Catholic person tell you that he worships Mary, that is to be differentiated from the teaching of the Catholic Church. So let’s start with that. What does the Catholic Church teach about worship?

266 “Now this is the Catholic faith: We worship one God in the Trinity and the Trinity in unity, without either confusing the persons or dividing the substance; for the person of the Father is one, the Son’s is another, the Holy Spirit’s another; but the Godhead of the Father, Son, and Holy Spirit is one, their glory equal, their majesty coeternal” (Athanasian Creed; DS 75; ND 16). [1]

2110 The first commandment forbids honoring gods other than the one Lord who has revealed himself to his people. It proscribes superstition and irreligion. Superstition in some sense represents a perverse excess of religion; irreligion is the vice contrary by defect to the virtue of religion. [2]

2112 The first commandment condemns polytheism. It requires man neither to believe in, nor to venerate, other divinities than the one true God. Scripture constantly recalls this rejection of “idols, [of] silver and gold, the work of men’s hands. They have mouths, but do not speak; eyes, but do not see.” These empty idols make their worshippers empty: “Those who make them are like them; so are all who trust in them.” God, however, is the “living God”43 who gives life and intervenes in history. (210)

2113 Idolatry not only refers to false pagan worship. It remains a constant temptation to faith. Idolatry consists in divinizing what is not God. Man commits idolatry whenever he honors and reveres a creature in place of God, whether this be gods or demons (for example, satanism), power, pleasure, race, ancestors, the state, money, etc. Jesus says, “You cannot serve God and mammon.” Many martyrs died for not adoring “the Beast”45 refusing even to simulate such worship. Idolatry rejects the unique Lordship of God; it is, therefore, incompatible with communion with God. (398, 2534; 2289; 2473)

2114 Human life finds its unity in the adoration of the one God. The commandment to worship the Lord alone integrates man and saves him from an endless disintegration. Idolatry is a perversion of man’s innate religious sense. An idolater is someone who “transfers his indestructible notion of God to anything other than God.” [3]

If someone shows me the writings, videos, or audio of a Catholic person (laymen, priest, theologian, or pope) that encourages people to worship Mary (especially by using words like “worship Mary” along the lines of anything said about worship in the Catechism) I honestly couldn’t care less. I have been in too many of these discussions over the past few months. As the funny old saying goes, “that dog don’t hunt.”  Attempts to prove that Catholics are taught to worship Mary with such an approach, or bringing up things you might have seen or heard or even experienced while growing up Catholic or being with Catholics (offered as proof that this is what the Church teaches) will only provoke a disinterested yawn from me. It should be obvious to anyone reading the Catechism that the worship of Mary is forbidden in the official and authoritative Catholic teaching. Period. Catholics, therefore, are not taught to worship Mary by the teaching office of the Roman Catholic Church. Thus, whatever devotion Catholics have to Mary necessarily and unequivocally falls outside of the rubric of worship which is defined in the Catechism very simply in this way:

WORSHIP: Adoration and honor given to God, which is the first act of the virtue of religion (2096). Public worship is given to God in the Church by the celebration of the Paschal Mystery of Christ in the liturgy (1067). [4]

Yeah, well, “Hail Mary” sure sounds like worship to me!

Okay, then you have a problem not with Catholic teaching, but with the behavior and terminology of Gabriel, the messenger of God from whom these words first came. The word in the original language in Luke’s gospel (Luke 1:28) is xaire (chaire), which is an honorable greeting with a range of meanings and uses. The KJV translates it as hail, the NIV and NASB as greetings. The Bible Sense Lexicon defines the word as: “To greet with a wish of health and happiness.” [5]  In fact, the entire first half of the Hail Mary is 100% scripture. The second half is a request for intercessory prayer based on who Mary is.

None of this communicates anything to or about Mary that was not spoken by Divine messengers (Gabriel), Righteous servants of God (Elizabeth), and Mary herself. In fact, Catholics call her The Blessed Virgin Mary because Mary herself said we would (and thus, we should) in Luke 1:48.

“From now on will all ages call me blessed.”

Catholics are not taught to worship Mary, but they are taught to honor and love her (which is what is meant by the word venerate). I’ll talk more about that in the next few posts. But in case you wonder if it is dangerous to honor and love the Blessed Virgin Mary, I’ll end this post (in anticipation of the next) with the words of St. Maximillian Kolbe, a Polish Catholic Priest who gave his life in martyrdom for others during WWII at Auschwitz.

Never be afraid of loving Mary too much. You can never love her more than Jesus did.

The Catholic Mary: Quite Contrary to the Bible? – Dave Armstrong (An apologetics approach)