The Spirit of Adoption – A Poem 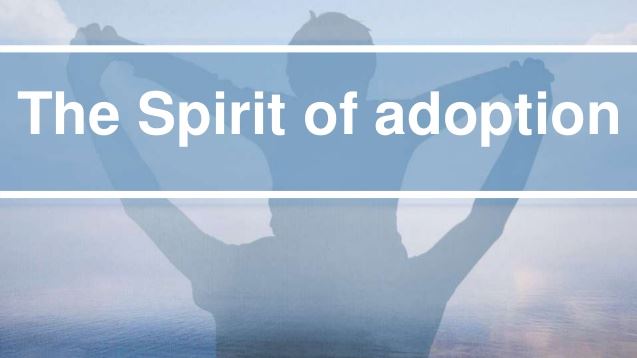 Over the years I have written a bit of poetry. I dug out an old journal with some of my writing today and found this one called “The Spirit of Adoption” written back on April 9, 2005. What is interesting about this poem is that I was two months away from flying to Ukraine to adopt our son, Victor. When I was writing it I was thinking about being an adopted son and then what it might be like to raise one myself, and the reality that I had experienced adoption from so many angles kind of hit me.

Here are the texts I was thinking of when I wrote this short poem:

Romans 8:15 – For you did not receive a spirit of slavery to fall back into fear, but you received a spirit of adoption, through which we cry, “Abba, Father!”

Galatians 4:1-7 – I mean that as long as the heir is not of age, he is no different from a slave, although he is the owner of everything, 2 but he is under the supervision of guardians and administrators until the date set by his father. 3 In the same way we also, when we were not of age, were enslaved to the elemental powers of the world. 4 But when the fullness of time had come, God sent his Son, born of a woman, born under the law, 5 to ransom those under the law, so that we might receive adoption. 6 As proof that you are children, God sent the spirit of his Son into our hearts, crying out, “Abba, Father!” 7 So you are no longer a slave but a child, and if a child then also an heir, through God.

THE SPIRIT OF ADOPTION

Once named
Then twice,
Then finally, thrice
The last time most enduring.

A view of sonship
Was that last embrace
Fit for securing

The poem begins; “Once named…”  When I was born, I was given the name “Brian Galicki” by my birth mother. It was my name for the first eight months of my life. Galicki was her maiden name.  It continues; “then twice…” because when I was adopted, my parents gave me the name Kenneth Paul Burchard (all of which are family names in the Burchard family). Upon receiving this name, I also received all the benefits that came with it; parents to love and care for me, a family history that could become mine by love, brothers, sisters, grandparents, aunts, uncles, and cousins to call “my family.” But it goes on… “Then finally, thrice – the last time most enduring.” This connects to my adoption into the family of God when I was baptized as a follower of Jesus on July 5, 1987. On that day I received new birth and adoption into the family of God to the degree that God could say to me what he said to his Only Begotten Son, Jesus, on the day of his baptism: “You are my beloved son. With you, I am well pleased” (see Mk. 1:9-11).

The second verse of the poem says – “A view of sonship was this last embrace fit for securing.” I was always a son. I was a son by birth but given up immediately on the day I was born. Then I was a son by adoption, but I always felt a bit of insecurity about exactly how I fit into my family although I was always loved. But when I became a follower of Jesus, my sense of being a son became secure in God’s own acceptance and love for me.

May you also receive the joy of adoption into the family of God by faith in Jesus.