Yes, you can be sure you have eternal life — IF… 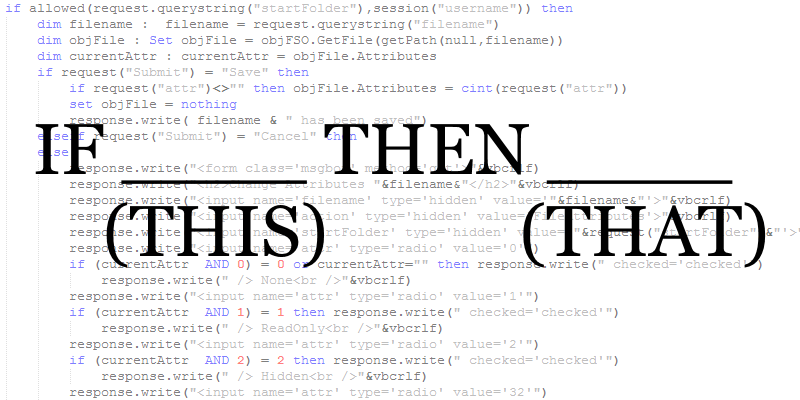 Assurance of Salvation is practically stock-in-trade with most evangelical Christians. “How can I know I’m really saved?” or “how can I be sure I’ll go to heaven when I die?” are questions many new Christians ask. A favorite verse for those who want to encourage people that they can know for sure that they have eternal life is 1 John 5:13 which says…

I write these things to you who believe in the name of the Son of God, so that you may know that you have eternal life. (NRSV)

Exhuberant evangelists and apologists can often be heard challenging people with the question, “If you died today, are you certain that God would let you into his heaven?” Those who seem reticent to give a yes-or-no answer may have this verse quoted to them, followed by a challenge that any doubt at all should call into question whether or not their understanding of the Gospel is clear. “After all,” (they may be told) “you should know that you know that you know!”

It seems pretty clear that the author of 1 John wants his readers to “know that they know.” But on what basis would they be able to know, for certain, that they had become partakers of eternal life? The verse itself contains cues to the reader to reflect on what has been written in the preceding material. In other words, John is concluding his letter by giving the reason for writing it in the first place. “I write to you who believe,” he says “so that you may know.”

Okay, so what did he write?

The seventeen “ifs” in 1 John

From almost the beginning of John’s first epistle, he uses what we can call “conditional language.” In other words, he uses an if-then construction over and over again. All of these conditional “ifs” help the reader to understand John’s conclusion in 1 Jn. 5:13.  In other words — if we have the “ifs” right, then “we who believe” can “know that we have eternal life.”

The most common Greek word for if in this epistle is the word ean which is used nineteen times. Fourteen of them are directly related to the if-then conditions for knowing that a person has eternal life. The other word translated if is the Greek word ei and it is used seven times in 1 John. The list below reflects every use of both of these words in the entire epistle where they signify an if-then condition. In some cases, the Greek word ean appears, but the English word if does not, but is translated with something like “whoever” or “the one who” reflecting ean’s conditional sense. In those cases, I will underline the English words where ean appears in the Greek text.

There are a few other occurrences of ean and ei in 1 John, but these listed above are the ones that specifically relate to the assurance of salvation mentioned by John in 1 Jn. 5:13.

Let me preach a little…

Remember, John says that he has written to his audience so that those who believe might also know that they have eternal life. In other words, if their lives line up with the ifs in his epistle, then they who say “I believe” can be assured that their belief is the kind that bespeaks of the life of a person who truly has God’s eternal life in them. If John is discipling us, he might say something like…

Dearest “Believer” — If your life looks like you walk in God’s light rather than the darkness of evil; and if you are being honest with yourself, God, and others about your own sins; and if you are confessing them and being transparent with God about them; and if the trajectory of your life looks like you are living in obedience to the commands of God; and if you do not love the present world that is passing away; and if you don’t depart from Christ; and if you continue in your loyalty to him —  not denying that He is the Messiah; and if you stay true to what you have learned; and if you know that Jesus is the righteous one who is transforming us so that we will do right — showing that we are born of him; and if your heart does not condemn you; and if you have boldness in the presence of God; and if you love people you can see with your eyes (as you claim to love God who you cannot see); and if you live in faithfulness to Jesus the Son of God — then you may know that you have eternal life!

What kind of faith?

In the end, Biblical faith (the kind that brings about salvation to the person who embraces it) is the kind of faith that can be seen in the every-day life of the person who claims to be a believer. There’s no way around John’s list of ifs. His list of seventeen qualifiers helps his original readers (and us) to evaluate whether or not our belief is the kind that gives us the assurance to know that God’s eternal life has truly come into our lives.

John doesn’t proclaim a doctrine of “salvation by faith alone” (those words appear only once in the entire Bible, and are proceeded by the words “…not by…” in James 2:24). Neither do we ever find John saying something like, “you can know you’re saved if you accept Jesus Christ into your heart as your personal Lord and Savior.” Rather, he proclaims that we can most assuredly know that we have eternal life if our faith is marked by a particular kind of faithfulness to God, or as Paul says to the Galatians…

The only thing that counts is faith expressing itself through love. (Gal. 5:6, NIV)