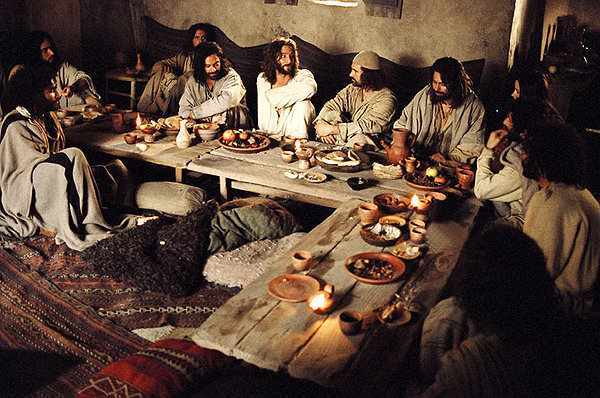 Last time we looked at Judas’ deal with the Chief Priests to betray Jesus, and were left with a strong cause for self-examination. Now we return to the twelve disciples (including Judas) anxious to prepare for the Passover meal with Jesus, for it is time – “the first day of unleavened bread, when they sacrificed the Passover lamb” (v. 12). In an episode eerily similar to Mark 11:1-2(7) wherein He sends two disciples ahead to make arrangements, but they find things mostly already well in order (prearranged perhaps, yet emphasizing Jesus authority and perhaps emphasizing Jesus’ foreknowledge). The commentaries are divided on whether “a man carrying a jar of water” (v. 13) is significant (a sign/signal – Lane & Garland) or simply over-exegesis (Cole). Jesus may have wanted to lay low, not drawing attention to Himself (given the volatility of the situation) until after He was able to eat this “last supper” with His closest followers (Geddert).

The “master of the house” (v. 14) was obligated to provide a space for pilgrims, such as Jesus and His disciples, to celebrate the Passover meal within the city limits (Garland, NIVAC) in accordance with tradition. What is also clear here (“my guest room”) is that Jesus is the Master of the feast (traditionally the head of household).

The disciples find things “just as he had told them,” (v. 16), and so they prepare the “large upper room” (v. 15) for the Passover memorial meal (in remembrance of the central event in the Old Covenant) with their Master.

Now we shift to the second portion of our passage, from the preparations to the actual meal “as they

were reclining at table and eating” (v. 18). In the midst of the celebration, Jesus drops a bomb – “one of you will betray me”! Mark is not concerned with the details of the Passover elements (save the mention of “dipping bread into the dish,” v. 20). He launches right into the treachery of Judas’ betrayal! The disciples are horrified (sorrowful in the text, v. 19) at the prospect that one of them, Jesus’ closest confidants, might betray Him. But their question, “Is it I?” reveals that they recognize the potential for disloyalty within themselves.

“Though Mark does not include” the quotation from Psalm 31:9 as John (13:18) does, “he implies its content when Jesus says that the betrayer, is eating with me (14:18). The betrayer is breaking a bond of fidelity, celebrated in a communal meal.” – Tim Geddert (BCBC)

The betrayer “is one of the twelve” (v. 20). The irony is so thick here we just don’t want to miss it! Reclining at the table during the meal symbolizes freedom, for the Israelites at the first Passover could hardly have enjoyed the luxury of reclining. The Passover meal itself recalls the bitterness of Israel’s bondage and is connected here with the bitterness of betrayal by a trusted friend. And finally the contrast between Judas’ treachery and Jesus’ self sacrifice (Mark 14:22-26).*

“but woe to that man by whom the Son of Man is betrayed! It would have been better for that man if he had not been born.” – Jesus of Nazareth (in Mark 14:21, ESV)

Here we see a contrast to the blessing of the woman who receives a lasting memorial in Mark 14:9. Whereas Judas forever lives in infamy!

So what of us – the followers of Jesus? Is there here among us disciples a betrayer? Is one of us capable of treachery against our Lord? Is it I? 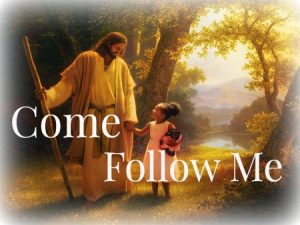 After you have taken some time to prayerfully ponder that cheery thought, remember, until next time (when our narrative transitions to the new covenant) to keep following Jesus (see also here).