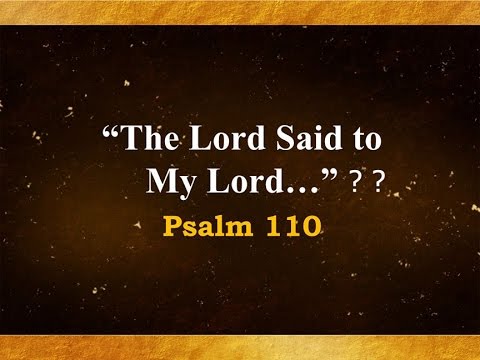 Jesus now turns His attention from answering His critics (religious elite and authorities) to teaching the people (the large crowd, v. 37). The scribes seem to be gone now, as Jesus talks to the crowd about them as if they are not there (v. 35). Either way, now Jesus is asking the questions:

How can the scribes say that Christ is the son of David?”

Jesus brings up an interesting observation about the passage (in v. 36): David himself says under the inspiration of the Holy Spirit ‘Yahweh said to my Adonay…’ (see the Hebrew of Ps. 110:1 which Jesus is quoting here). Let me just first say that a Messianic interpretation of this Psalm was quite fitting given Jesus’ setting. King David here is viewed as a prophetic witness to the Messiah (see Lane, NICNT, p. 436). 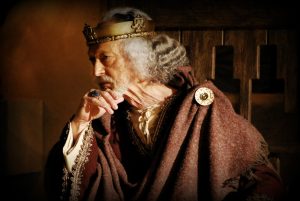 Now Jesus lays down the zinger:

Good question, huh? The Messiah is clearly viewed here as far greater than David, not simply his (human) descendant! Remember, David was the (political) king, yet here he recognizes an even higher level of sovereignty assigned to the Messiah (Lane, p. 437) – He is his Lord! Jesus’ kingdom is not a political one. Jesus will lose the battle in the courts of worldly power (His suffering and death stand immediately before Him) but He will win the battle in the spiritual world where the enemy is not Rome but demonic powers. The scribes would have had no answer to this question. It only makes sense in the New Covenant (Lane, p. 438).

“And the great throng heard him gladly.” 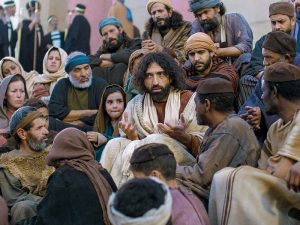 Jesus is a man of (with a message for) the common people. The religious elite had already made up their mind about Him!

As His disciples, we follow a suffering servant who fully trusted in the vindication of Psalm 110 (see Lane, p. 438). The cross is but a prelude to resurrection! What “not yet” circumstance creeping into your life is calling you to trust God the Father as Christ did? What future kingdom breakthrough may He have in store for you that your mortal eyes cannot see? Trust Me… follow Me. Will it be realized in the “now” or will you have to suffer (as your Lord did) until your resurrection at His coming (1 Cor. 15:23).