The One Who Cares 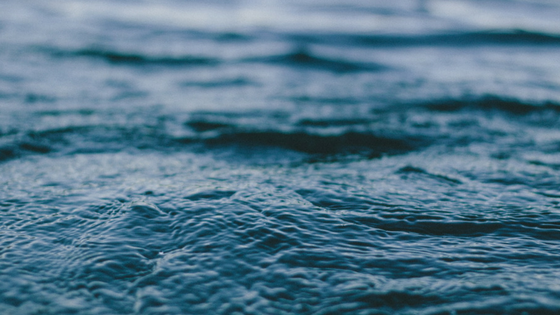 As evening came, Jesus said to his disciples, “Let’s cross to the other side of the lake.” So they took Jesus in the boat and started out, leaving the crowds behind (although other boats followed). But soon a fierce storm came up. High waves were breaking into the boat, and it began to fill with water.

Jesus was sleeping at the back of the boat with his head on a cushion. The disciples woke him up, shouting, “Teacher, don’t you care that we’re going to drown?” When Jesus woke up, he rebuked the wind and said to the waves, “Silence! Be still!” Suddenly the wind stopped, and there was a great calm. Then he asked them, “Why are you afraid? Do you still have no faith?” The disciples were absolutely terrified. “Who is this man?” they asked each other. “Even the wind and waves obey him!”

I’m extremely grateful for the work that fellow Think Theology writer, Brad Blocksom, has done on his work on the Gospel of Mark. It’s truly a phenomenal book. I won’t add much else to what he has said, but I want to frame this passage for us to truly get into what the disciples were feeling in that storm. Mark is said to be the earliest of the gospel stories, written anywhere from 60-80 CE. Most scholars date it closer to the 65-75 CE range (Boring, 14). This was an extremely tumultuous time for the Roman Empire, for Judaism, and especially this new Christian community. There were earthquakes. There were wars (and rumors of wars). There were fires. There were martyrs. There were purges. Nero committed suicide which then caused a huge power struggle between his three successors. And the biggest event was when the Roman army marched into Palestine and destroyed Jerusalem and its Temple.

And during all of this, Mark was writing his gospel of Jesus Christ. This was Mark’s good news to his community of believers: the Kingdom of God has come near, believe in Jesus! Despite all this mess and chaos, we have experienced Christ, and we will follow him.

Now we come to a pretty familiar story told in the fourth chapter of Mark.

It’s familiar to us for sure if we’ve grown up hearing the story of Jesus sleeping during a storm, but it’s also an extremely familiar to those that heard it the first time. If you look closely, you’ll see themes in the story that are very reminiscent of another famous Bible story…Jonah. Even some of the language is directly copied from the Septuagint’s rendering of the story: boat, waves, sleeping, waking up, being about to die, wind ceasing, and awesome fear. In that story, God calms the storm, and the sailors convert.

The very command of Christ to cross to the other side of the sea is interesting to me. It’s not a suggestion, but a command. It’s a hortatory subjunctive that functions like an imperative. Jesus isn’t inviting them to cross, but he is instead telling them that they should all go on the lake (through the impending storm). Isn’t that pretty fun? Jesus was commanding them to go through storm for whatever reason, and then he falls asleep.

As someone that has difficulty sleeping, this also is a striking point of the story. Jesus wasn’t nestled away in a cabin listening to the raindrops pitter patter on the roof. He was on a fishing boat, being rocked back and forth by the waves, and yet he slept. The psalmist writes in Psalm 4:8 of sleeping in peace. But there isn’t peace in this situation! Jesus, along with the other disciples for that matter, was in a fishing boat that could easily capsize and sink. Jesus slept (Jesus wept too).

The disciples cry, “Don’t you care?” And this probably extended to the present Markan readers’ feelings of anguish and fear. “Jesus, don’t you care that we’re dying?”

The stilling of the storm was an incredibly miraculous thing. It was probably more than that. It displayed the power of Jesus as having the same power of God. This Jesus of Nazareth could calm storms just as God had done for the Hebrew people in the Old Testament. This Jesus was not just any regular person. This Jesus was God. And he was going to care about the disciples just as God had (and still does!) cared for his people.

The disciples needed to go through this storm to come to see Jesus as God. They cried out in fear, hoping and trusting that something might happen, but they had no idea that Jesus was going to do that. In the storms of life, we can pray for something to happen. We don’t always know what that answer will be, or we might not even believe that something can come from it. But this is the God that cares. God calms storms. God brings us into chaos often to create order out of it. I don’t know why. But we can continue to ask the same question as the disciples, “Who is this man?” To this question, Mark gives us Jesus the one who cares.

I got some help from M. Eugene Boring’s Mark: A Commentary that you can check out here.