Jesus Schools the Sadducees on Resurrection (Follow Me – Part 49) 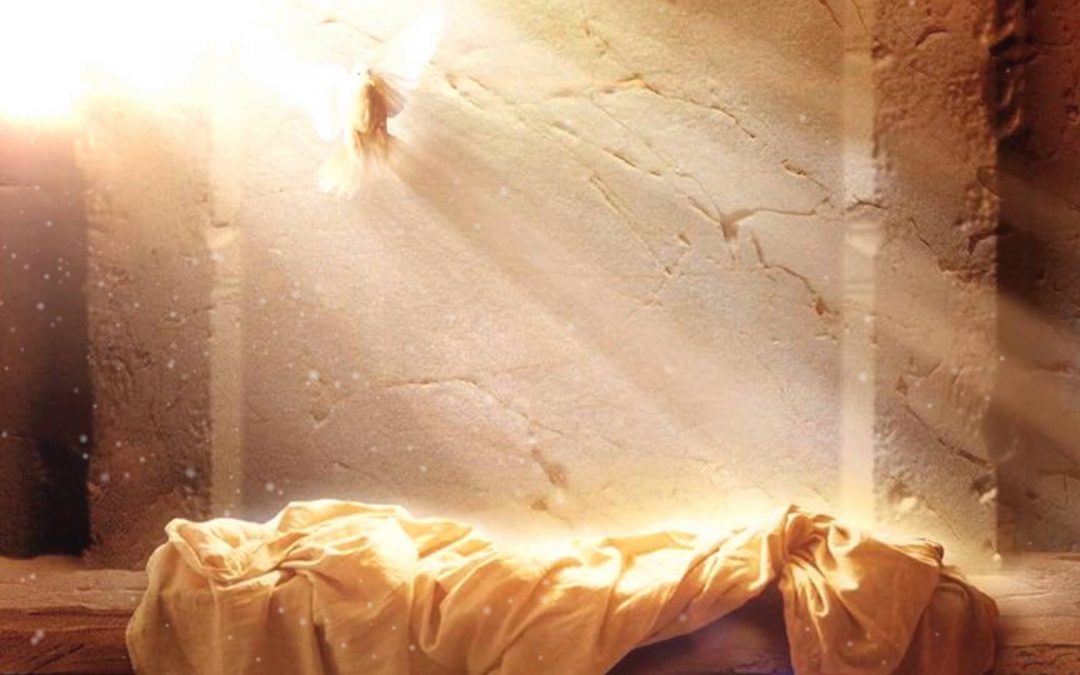 Mark 12:18-27 The Sadducees and Resurrection

In the previous encounter Jesus dealt with the Pharisees (and the Herodians). Now He is approached by another sect of Judaism, the Pharisees. I find that the best way to understand the distinction between these two groups is to draw a parallel of them as representative of theological conservatives (The Pharisees on the far right) and theological liberals (The Sadducees on the left).

You see Pharisees were the right-wing, ultra conservative Bible thumpers of their day. They were first in line to point out whenever someone else was breakin’ the rules! They were the number one proponents of additional rules that went beyond what scripture required (but was based on their interpretation and application of the text). These are the guys who wouldn’t be caught dead hangin’ out with ‘the wrong kinda people.’ They felt good about themselves (i.e. superior to everyone else) because they followed the rules better than anybody else. They were the ultimate champions of behavior modification based religion. Kinda like fundamentalists of today. 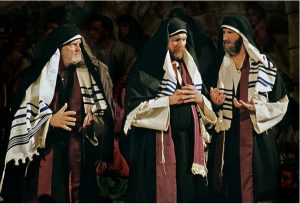 for conservatism). “For the Sadducees say that there is no resurrection, nor angel, nor spirit…” (Acts 23:8a). And this, my friends, is where our story takes off…

Like the Pharisees in the previous pericope, they too have a question for Jesus. For the Pharisees, it was a practical question on paying taxes to Caesar. But for the Sadducees, it is a technical question about the law involving a hypothetical situation. The passage in question comes from Deuteronomy 25:5-10. Like the Pharisees, their question is insincere. Since they don’t believe in resurrection (and apparently everyone knows about that – v. 18) their question of “whose wife will she be?” (v. 23) can hardly be what they’re really after. Like the Pharisees, it is an attempt to derail Jesus. The Sadducees and Pharisees don’t agree on much, but if there’s one thing they can be unified around, it is their opposition to the mission of Jesus and the early church (Eerdman’s Bible Dictionary, 1987, p. 902). Jesus reads them the riot act:

“Is this not the reason you are wrong, because you know neither the Scriptures nor the power of God” -Jesus (Mark 12:24)

Awe c’mon Jesus. Don’t hold back – tell us what you really think about these guys!?! All seriousness aside though – can’t we safely assume that these are two things that Jesus takes pretty seriously: “the Scriptures and the power of God?” The Sadducees have committed a gross misunderstanding of scripture. Kinda like theological liberals today want to engage in acts of mercy and programs of social justice (and, to be fair, they do this well – probably better than a lot of conservative evangelicals do) but disassociated from any talk of the good news of the kingdom of God (after all we wouldn’t want to offend anyone by bringing up Jesus, or resurrection, or miracles or sin or any of that stuff). The power of God (e.g. miracles, exorcisms) is regularly manifest in Jesus’ ministry of the kingdom. At least the Pharisees believe in the possibility of miracles (they just don’t like Jesus performing them ’cause they are losing disciples to His mass popularity among the people). But I digress…

Jesus proceeds to school the Sadducees on resurrection. Apparently marriage relationships no longer exist (or at least have no relevance) in the resurrected state (v. 25). Then He makes an interesting point to refute them from the burning bush passage in Exodus 3:6. If Abraham, Issac and Jacob are dead, why then would Yahweh say to Moses “I am” (present tense) “the God of Abraham, and the God of Isaac, and the God of Jacob” (Mark 12:26, emphasis mine).

Once again Jesus doesn’t hold back or mince words with the Sadducees. He calls them on their doctrinal error. They are flat out wrong when it comes to the resurrection. Remember folks, that we are in the Passion week at this point in Mark’s story, and Jesus’ own resurrection isn’t that far way (time wise). And given that it is the lynch pin of His salvific work (1 Corinthians 15:14) we can understand why He might make a really big deal of this point!

Once again there is no mention of Jesus’ disciples here in this passage. But we can be assured that they were there (as would have been the disciples of any Jewish Rabbi in 1st century Palestine), witnessing, watching, observing the Teacher; listening for how they might imitate their Master. It is noteworthy that Jesus uses the Torah (the very part of scripture that the Sadducees held to be authoritative) to refute their faulty understanding with regard to the resurrection (Lane, NICNT, p. 428) . The disciples have heard Jesus speak of his own resurrection before – Mark 8:31 (even if they missed its significance at the time).

If God protected and provided for the Patriarchs during their life, only to abandon them to annihilation upon their death, well what good is that (not to mention what kind of god is that)? In Jesus way of thinking, faith in the resurrection (future hope, eschatological hope) is a central concept to biblical revelation.

“It was the failure to appreciate the essential link between God’s covenant faithfulness and the resurrection which led the Sadducess into their grievous error.” – Wiliam L. Lane (NICNT, p. 430)

As it was central in the faith of the ancient Hebrews, so the resurrection (both Jesus’ own and the future hope of our own resurrection in His consummated Kingdom) is absolutely central to our faith as followers of Jesus today! He is a faithful, covenant keeping (hesed) God. If He promises us future resurrection, then you can bank on that!

What has been the role of future hope of resurrection in your walk as a follower of Jesus up to this point?

Have you experienced an abundance of teaching on the death, substitutionary atonement and blood of Jesus at the expense of preaching on the resurrection?

What circumstances or situation in your life right now could use a dose of hope?

The resurrection of Jesus stands as God the Father’s endorsement (stamp of approval) of “all that Jesus began to do and teach” (Acts 1:1). Jesus Himself said: 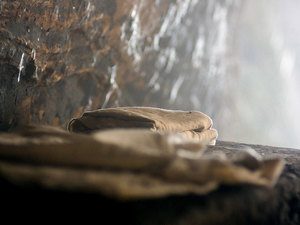 “I am the resurrection and the life. Whoever believes in me, though he die, yet shall he live, and everyone who lives and believes in me shall never die. Do you believe this?” – Jesus of Nazareth (John 11:25-26, ESV)

Believe it, follower of Jesus! Whoever has this hope purifies themselves (1 John 3:3)!